It's going to be a riveting encounter.

The Round 06 Elite Group A and B game will be played between Delhi and Maharashtra at the Gujarat State Fertilizer Corporation Ground in Vadodara.

Rain, rain, and more rain! Unfortunately, this has been the story of the 2019-20 Vijay Hazare Trophy thus far. And, no one would know it better than the two teams in contention tomorrow.

In the Round 06, Elite Group A & B encounter will see Delhi square off against Maharashtra. Each and every scheduled game of both sides this far in this season have been abandoned either due to inclement weather or the wet outfield. However, Delhi got a chance to play against Baroda.

Provided that the rain stays away, both sides will be eager to get back on the field get their fledgling campaign underway, finally.

For a change, there is some positive news as far as the weather is concerned. After a plethora of washouts, we’ll finally get to see some cricket tomorrow. As per the weather report, it is expected to be a bright and sunny day at Vadodara. The humidity is expected to be 76% while the temperatures will hover between 24-32 degrees.

With the pitch taking a considerable amount of rain in the past few weeks, the track might be a bit sluggish, and shot-making could get difficult in the second half.

The bowling unit will be spearheaded by Samad Fallah and Satyajeet Bachhav claimed 15 wickets each last season and will once again be the bedrocks of their side this year. 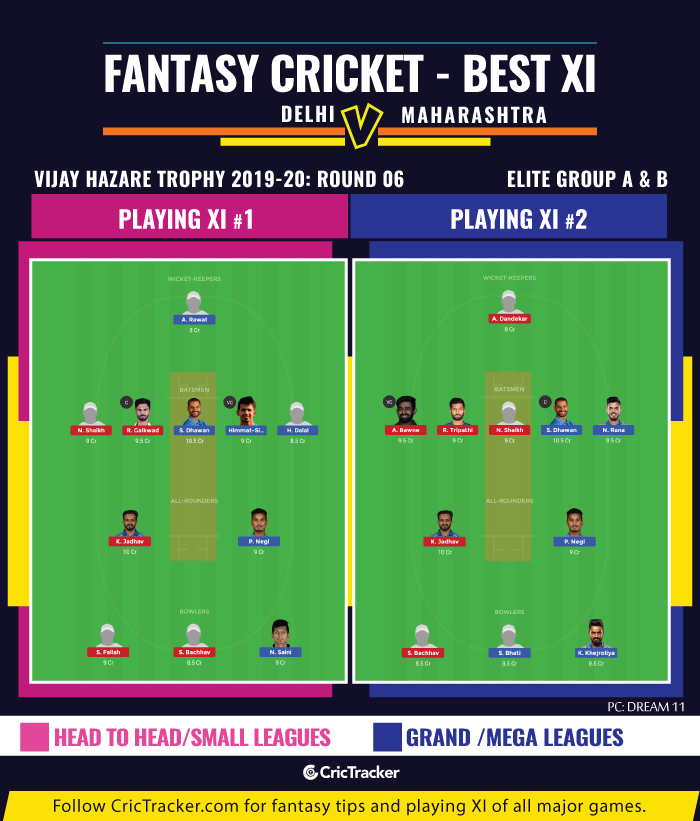 It’s going to be a riveting encounter. However, with Delhi boasting of a potent all-round team, they’ll start as slight favorites.