Yashasvi Jaiswal had a tremendous run last year, scoring more than 500 runs. He is one of the best picks for captaincy.

The Elite Group D match of the Vijay Hazare Trophy 2020-21 will be played between Delhi and Mumbai on 21st February at Jaipuria Vidyalaya Ground in Jaipur.

Two of the country’s biggest rivals Delhi and Mumbai will take face each other in the Elite Group D match of the Vijay Hazare Trophy 2020-21 on Sunday. Jaipuria Vidyalaya Ground will host the contest between the two sides. Till now, Delhi has won the Vijay Hazare trophy only once, which was way back in the 2012-13 season. In 2018 they came very close and lost in the finals. This time the responsibility of captaincy is on the shoulders of Pradeep Sangwa,n who is leading them for the 1st time in the major tournaments.

On the other hand, 3-time champions Mumbai as named a full-strength squad for this year’s Vijay Hazare Trophy with Prithvi Shaw and Shreyas Iyer back in the side. Mumbai had beaten Delhi when they played last time in the 2018 finals by 4 wickets to clinch their 3rd title. They have won the last 4 out of 5 matches against Delhi and will look to continue their dominance this year as well. Both Mumbai and Delhi are pretty dangerous sides and they would want to start their tournament campaign with a win.

It will be sunny throughout the day in Jaipur, with the temperature ranging between 22 to 29 degrees Celsius and the humidity levels are low at 26 percent. There is no chance of precipitation for this match.

There is not much information available about the surface, the track is expected to be a neutral one with a fair share of advantage for both batters and bowlers.

India’s ODI opener Shikhar Dhawan had a decent tour of Australia, where he scored 120 runs in 3 matches with a strike rate of 88.23. We know that if he gets a good start he is likely to convert them into big ones.

Lalit Yadav will be a good pick for your Dream11 fantasy team. He is a good spin bowler and an even better batsman down the order,r who can increase the run-rate. Last year he scored 161 runs with the bat and took 4 wickets.

Yashaswi Jaiswal is one of the most talented upcoming cricketers in the country and was named man of the series in the U-19 world cup last year. He was the leading run-scorer for Mumbai last year Vijay Hazare trophy, scoring whopping 564 runs in just 6 matches at an average of 112.80 and a strike rate of 104.05.

Prithvi Shaw will be hungry for runs after losing the test spot. He needs runs under his belt to prove that he can make a comeback to the Indian side. He always scores runs for Mumbai in the domestic cricket and that’s how he earned a call up for India.

Shreyas Iyer is another star attraction in this match. He is someone who likes to take the bowlers on from the start and scores at a brisk pace. He was the captain when Mumbai won their 3rd title. 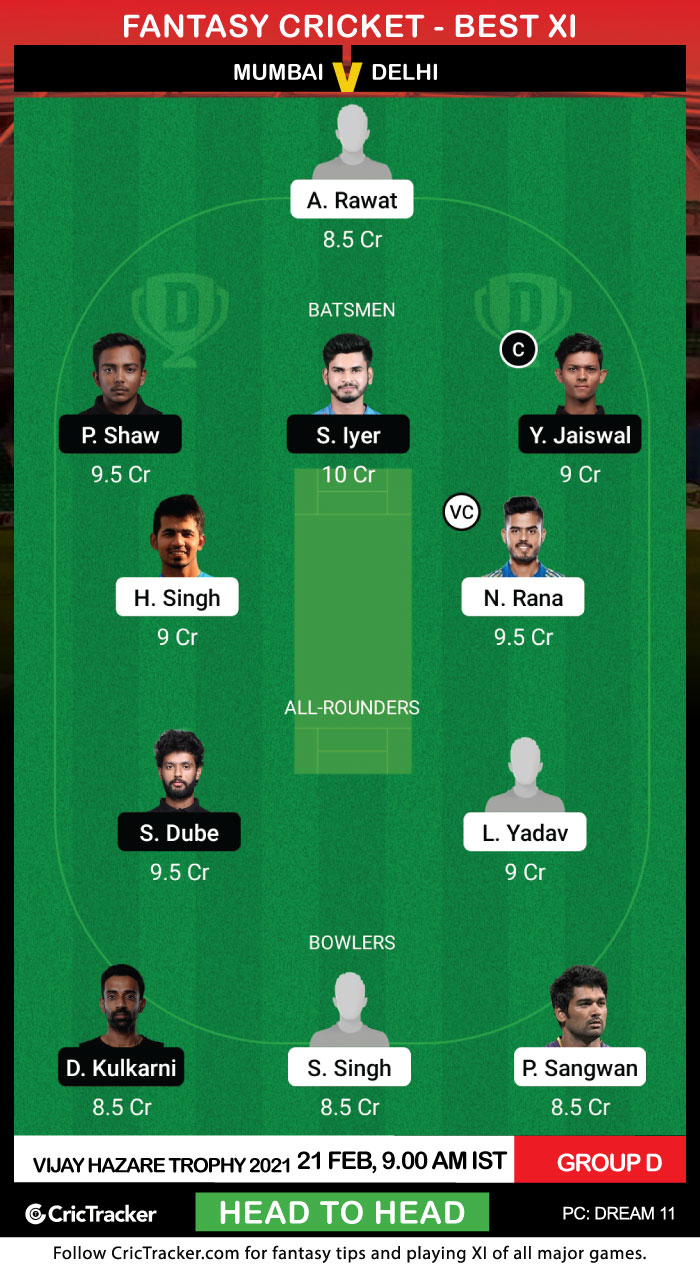 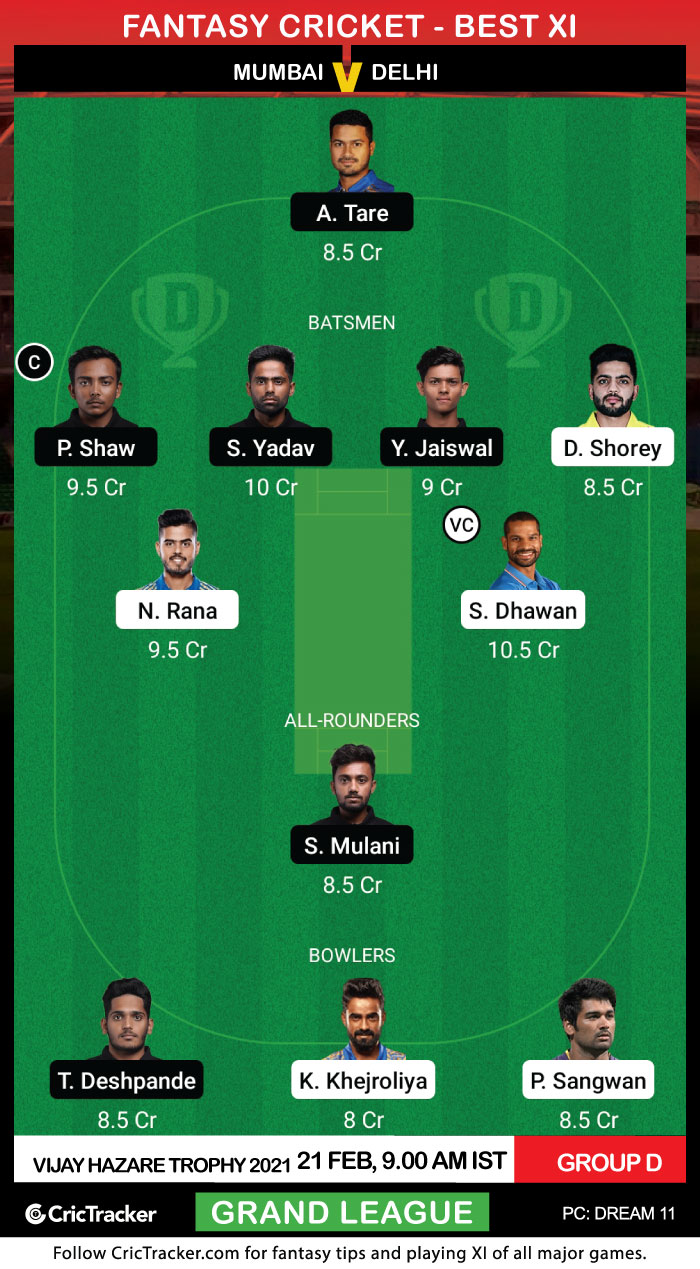 Yashasvi Jaiswal had a tremendous run last year, scoring more than 500 runs. He is one of the best picks for captaincy.