Karnataka will look to take an avenge against Tamil Nadu for their loss in the Syed Mushtaq Ali Trophy finals.

In the South Indian derby, Tamil Nadu will take on Karnataka in the Elite Group B match of the Vijay Hazare Trophy 2021/22. Tamil Nadu had a won thriller against Karnataka in the final of the Syed Mushtaq Ali Trophy. They will look to extend their winning run in the 50-over format as well. Tamil Nadu defeated defending champions Mumbai in their opening game by 54 runs to claim crucial 4 points on the board.

Karnataka, on the other hand, are one of the consistent performers in the Indian domestic Cricket. They made an excellent start with an easy win over Puducherry by 236 runs on Wednesday. With some exceptional batting performances from Ravikumar Samarth and an even better display of bowling from Jagadeesha Suchith, they secured a convincing win. The competition will get tougher as the tournament progresses and they need to be ready.

The surface is conducive for the quick bowlers, the batters will find it difficult to tackle them in early on the innings. The wicket might get slow down in the latter half and hence batting first is a good option.

Shahrukh Khan played an explosive knock at the late end of the innings against Mumbai. In just 35 balls, he smashed 66 runs with the help of 6 fours and 5 sixes.

Washington Sundar deserves more credit for his all-round performances against Mumbai. He scored 34 runs and later picked up 3 wickets at an economy of 6.21.

Ravikumar Samarth is a consistent performer for Karnataka in the limited-overs format. He looks composed at the crease and takes occasional risks whenever needed. He just missed his century by 5 runs in the last game against Puducherry.

Manish Pandey played a captain’s innings against Puducherry and scored an unbeaten 64* runs from 48 balls. He is an inspiring leader and a must-pick player for your fantasy teams.

TN vs KAR Must Picks for Dream11 Fantasy Cricket: 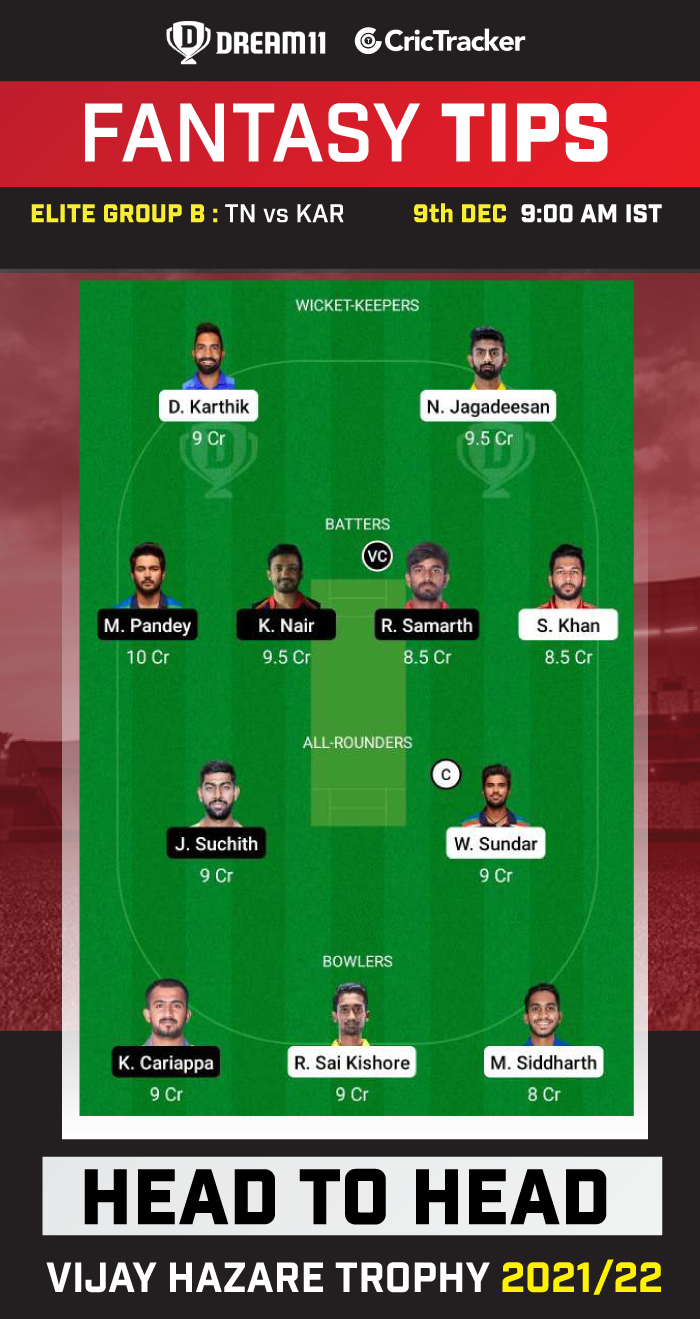 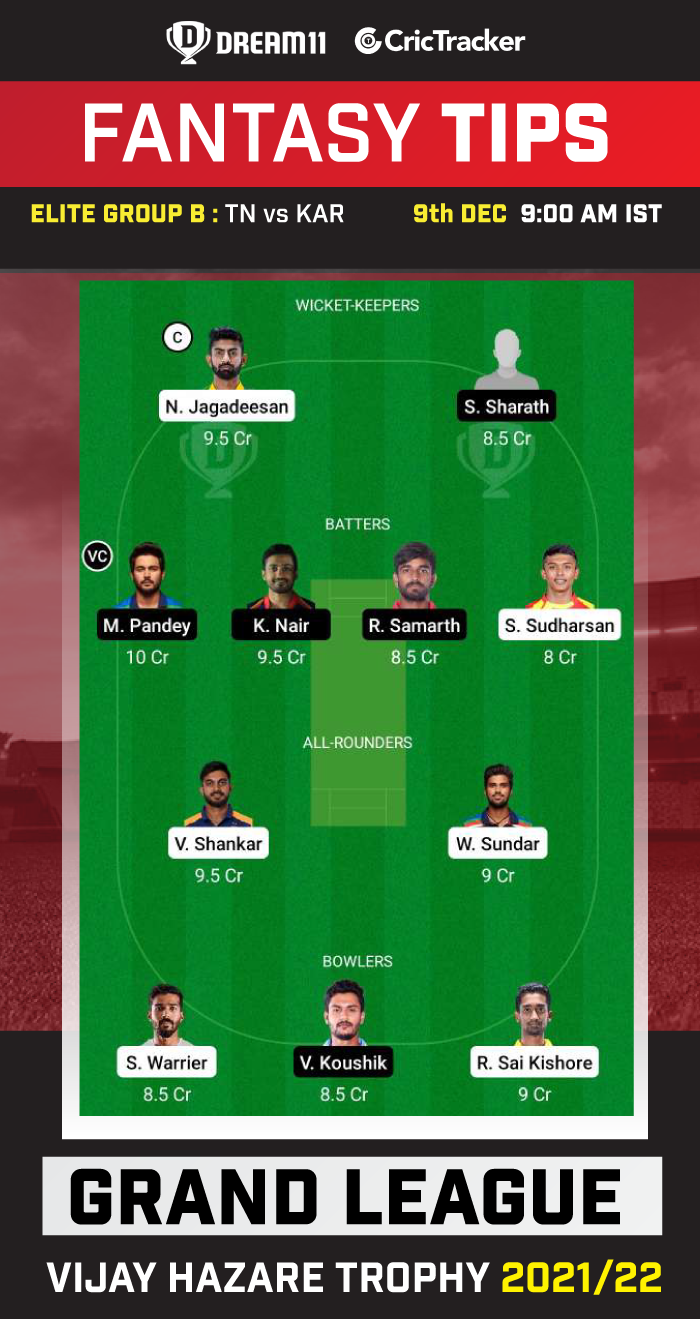 Playing in his debut game, Sai Sudharsan scored a run-a-ball 24 runs against Mumbai. You can take a risk and pick him as your fantasy team skipper.

Jagadeesha Suchith bowled an impressive spell against Puducherry and picked up 4 wickets by conceding just 3 runs. He is a risky captaincy pick for your fantasy teams.

Praveera Venkatesh Murthy has just played only one List A game so far. Considering his inexperience, it’s better to avoid him while making your fantasy teams.