Tanmay Agarwal is in brilliant form with the bat and a good captaincy pick for your fantasy teams.

Hyderabad will take on Delhi in the Elite Group C match of the Vijay Hazare Trophy 2021/22 on Thursday. Hyderabad got the desired start into this tournament with a 5-wicket win over Haryana on Wednesday. Bowling, first they restricted the opposition for just 162 runs and later chased down the target with 9 overs to spare. Tanmay Agarwal is the match to watch out for in this match.

Delhi, on the other hand, with some special unbeaten century from Himmat Singh, registered a 6-wicket win over Jharkhand on Wednesday. They look a completely different side when their top-order batters perform well.

The boundaries are way too large, strike rotation will be the key here. Overall, it’s a good competitive surface with an equal edge for both batters and bowlers. Bowling first is a good option on this wicket.

Tanmay Agarwal is a class act and has been scoring runs consistently in domestic cricket. He played a responsible knock of 77* runs against Haryana and won the game in style.

19-year-old Tilak Varma bowled one of the best spells in his career in the last game against Haryana and picked up 4 wickets at an economy of 2.46, while he was short of runs with the bat.

Himmat Singh was instrumental in the win over Jharkhand. Coming at number 3 he scored an unbeaten 113* runs with the help of 11 fours and a six.

‘Gabbar’ Shikhar Dhawan ended his innings without scoring against Jharkhand. We know how good a player is when he is in form and highly destructive when he is in full flow.

HYD vs DEL Must Picks for Dream11 Fantasy Cricket: 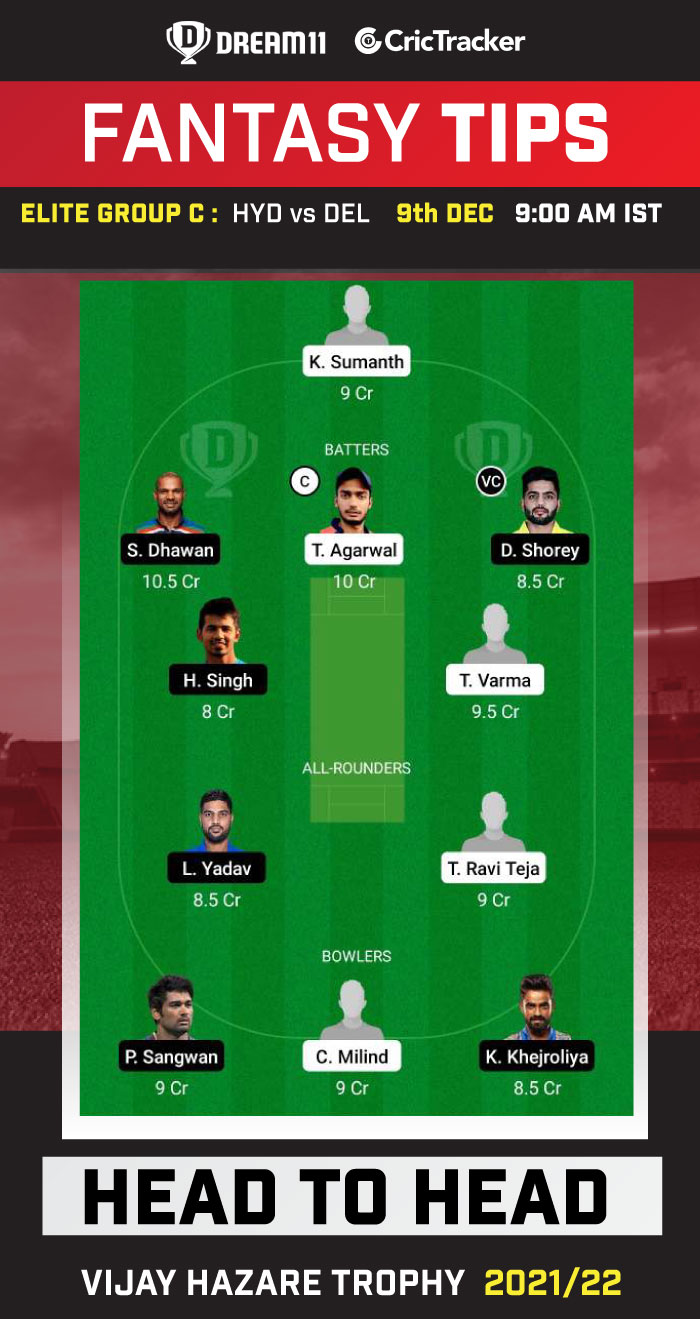 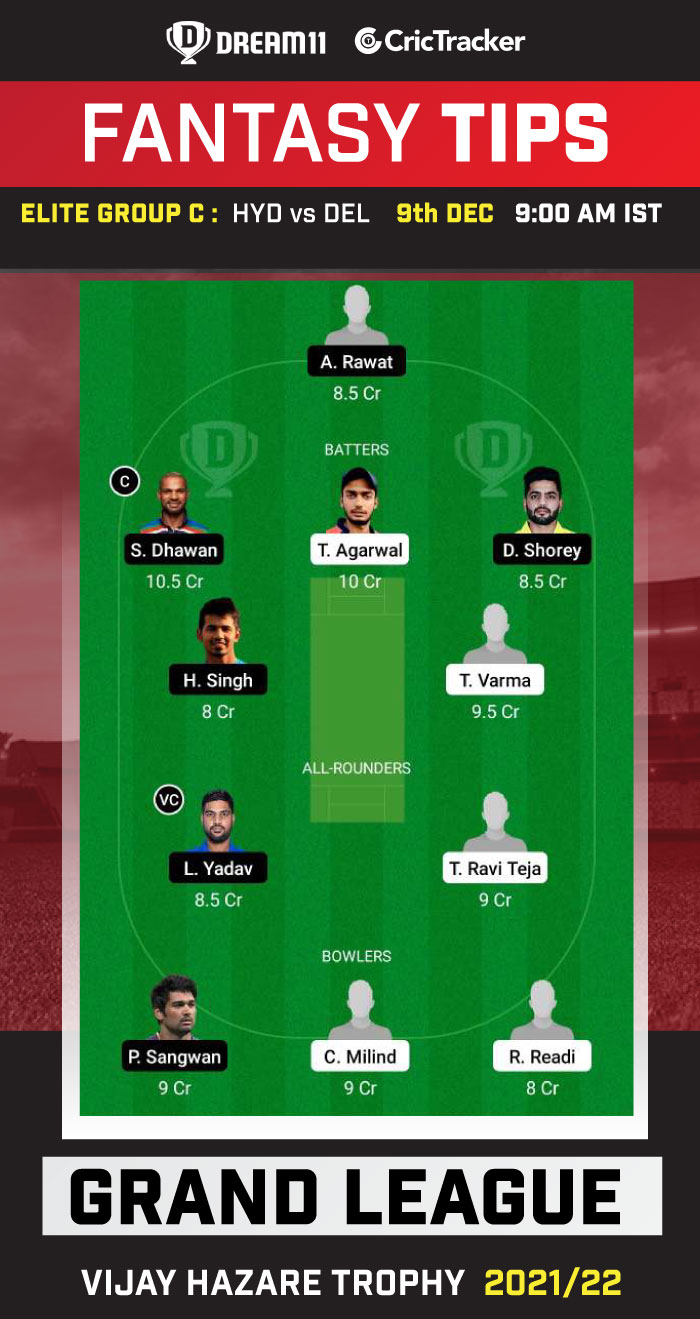 Kolla Sumanth has scored 704 runs in his 30 List A matches at an average of 30.6. He is a risky captaincy pick for your fantasy teams.

Pradeep Sangwan has scalped 3 wickets in the last game against Jharkhand at an economy of 4.6. You can take a risk and pick him as your fantasy team skipper.

Trishank Gupta is still in his early days in domestic cricket and has picked up a wicket in his debut game against Haryana. It’s better to avoid him while making your fantasy teams.