Yash Nahar is looking in good form with the bat and he will be a good captaincy pick for your fantasy teams.

Kerala are all set to clash with Maharashtra in the Elite D Group of Vijay Hazare Trophy 2021-22 on Saturday. Kerala have hardly done wrong in this tournament. They won their first encounter against Chandigarh but failed to continue the winning flow in their next game. Madhya Pradesh posted a challenging total of 329 runs as Kerala lost by a margin of 40 runs.

Maharashtra had an impressive start to their campaign, winning both the matches that they played against Madhya Pradesh and Chhattisgarh. With two back-to-back wins, Maharashtra positioned themselves on the top of the table with 8 points. So it will be interesting to see how Kerala are going to tackle well-settled Maharashtra in their upcoming clash on Saturday.

The batters must earn each and every run on this wicket. The bowlers need to use favourable conditions for the maximum extent. It’s a 220-240 kind of a wicket and whoever wins the toss should bowl first.

Sachin Baby deserves more credit for his consistent batting performance for Kerala. He has scored 125 runs after getting featured in both matches for his side.

Rohan Kunnummel is one of the consistent players in the domestic circuit. In two matches, he has piled up 112 runs and has also chipped a wicket for his team.

Ruturaj Gaikwad is in the form of his life. He played a captain’s innings against Chhattisgarh scored an unbeaten 154 off 143 balls with the help of 14 boundaries and 5 sixes.

Yash Nahar was instrumental in the win over Chhattisgarh. Opening the innings along with his skipper, he scored 52 runs which included 5 fours and a six. 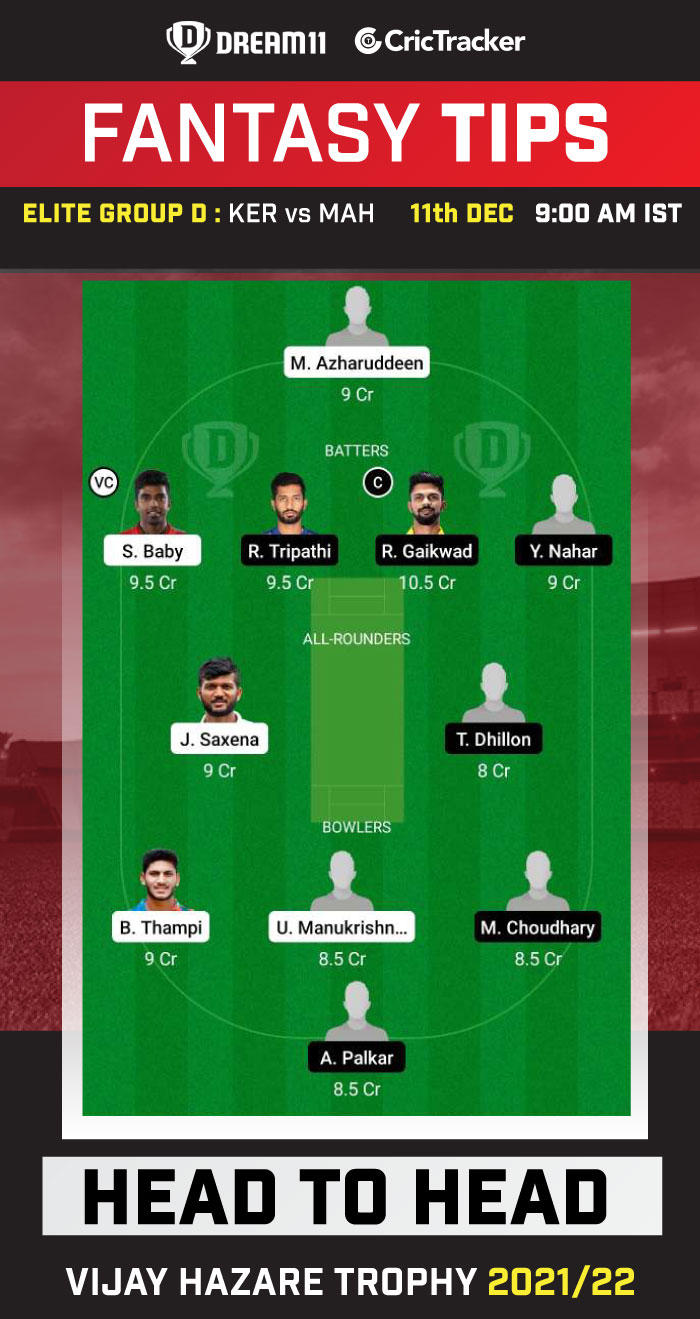 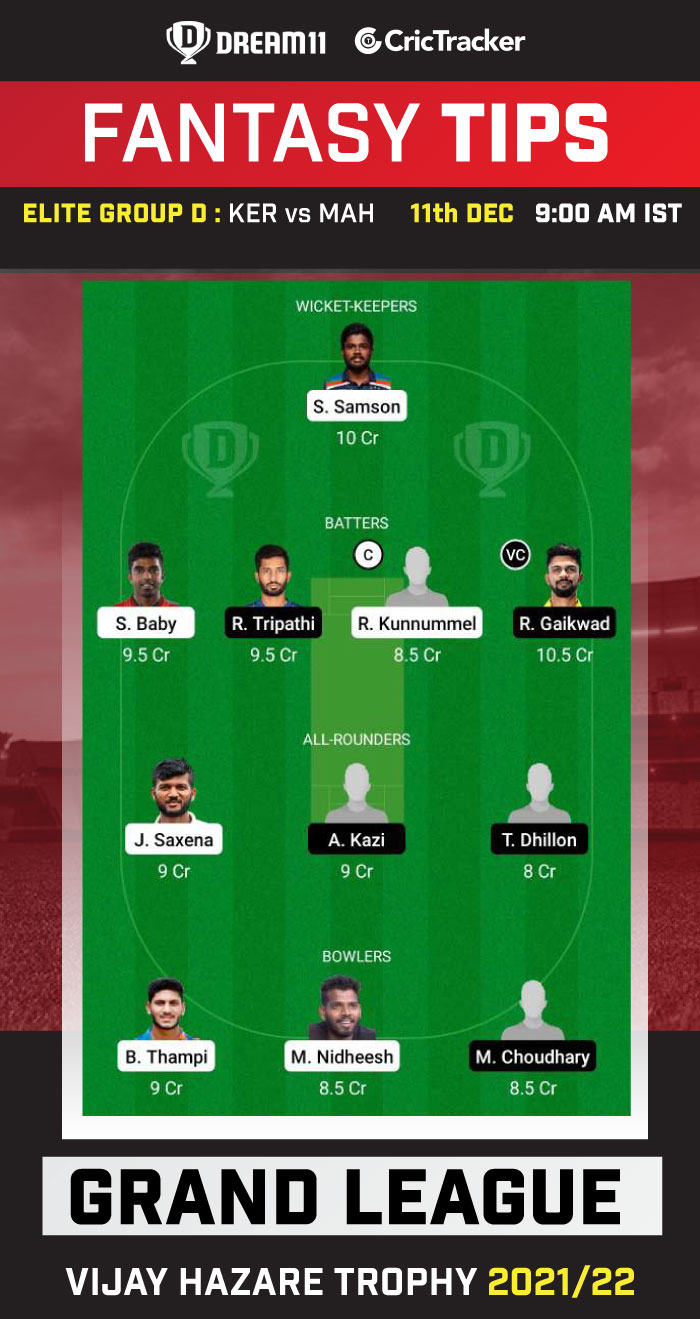 Naushad Shaikh has failed to convert his start to big ones. In two matches, he scored 71 runs and you can take a risk and pick him as your fantasy captain.

Vishnu Vinod has been decent with both the bat and the ball. He usually bats in the middle-order and scored 42 runs for his team. With the ball, he picked 4 wickets and it’s worth a risk to pick him as your fantasy team skipper.

Swapnil Fulpagar usually comes to bat in the lower order for Maharashtra. Hence, it’s better to avoid him while making your fantasy teams.