Tamil Nadu all-rounder Baba Aparajith averages 44.33 in list A cricket. He also has 44 wickets to his name, which shows his contribution with the ball as well.

The Elite Group B match of the Vijay Hazare Trophy 2020-21 will be played between Tamil Nadu and Madhya Pradesh on 24th February at Holkar Cricket Stadium in Indore.

Tamil Nadu will face Madhya Pradesh in the Round three Elite B Group match of the Vijay Hazare Trophy 2021 on Wednesday. Tamil Nadu are placed fourth on the Group B points table after winning one and losing one match. On the other hand, Madhya Pradesh are at the bottom of the points table with no wins so far in the tournament.

Tamil Nadu have had a roller coaster ride so far in the tournament. They comfortably chased 289 against Punjab in their first match but got all-out for a mere 176 against Andhra in their second. Madhya Pradesh will be looking to open their winning account in the 2021 Vijay Hazare Trophy after two consecutive losses so far. Match hangs in balance with both teams trying to pick momentum in the tournament from this game.

It will be a sunny morning here in Indore, with the temperature hovering around the 21 degrees mark. The chance of precipitation for this match is low.

The pitch is expected to favour both the bowlers and the batsmen. Both teams have lost a match on this pitch and will be looking to reform their strategies this time.

Tamil Nadu all-rounder Baba Aparajith averages 44.33 in list A cricket. He also has 44 wickets to his name, which shows his contribution with the ball as well. Great prospect to fetch you maximum fantasy points.

Veteran wicket-keeper batsman Dinesh Karthik is a dependable pick for any side. His batting average is around 40 and his wicket-keeping skills can provide substance to your fantasy XI.

A recent addition to the Punjab Kings side in IPL, Shahrukh Khan has proved his mettle in list A cricket. He has scored 360 runs at an impressive strike rate of 116.88

Right-arm medium pacer M Mohammad is a go to bowler for taking wickets in the Tamil Nadu side. He has 65 wickets to his name at an economy of just 4.80.

Madhya Pradesh all-rounder Venkatesh Iyer has the highest score of 109 in list A format and an economy of 5.54. He can fetch you points from his batting and bowling both.

Ishwar Pandey has played 55 List A matches and picked up 62 wickets. He has an excellent economy of 4.91 with best figures of 4/44. 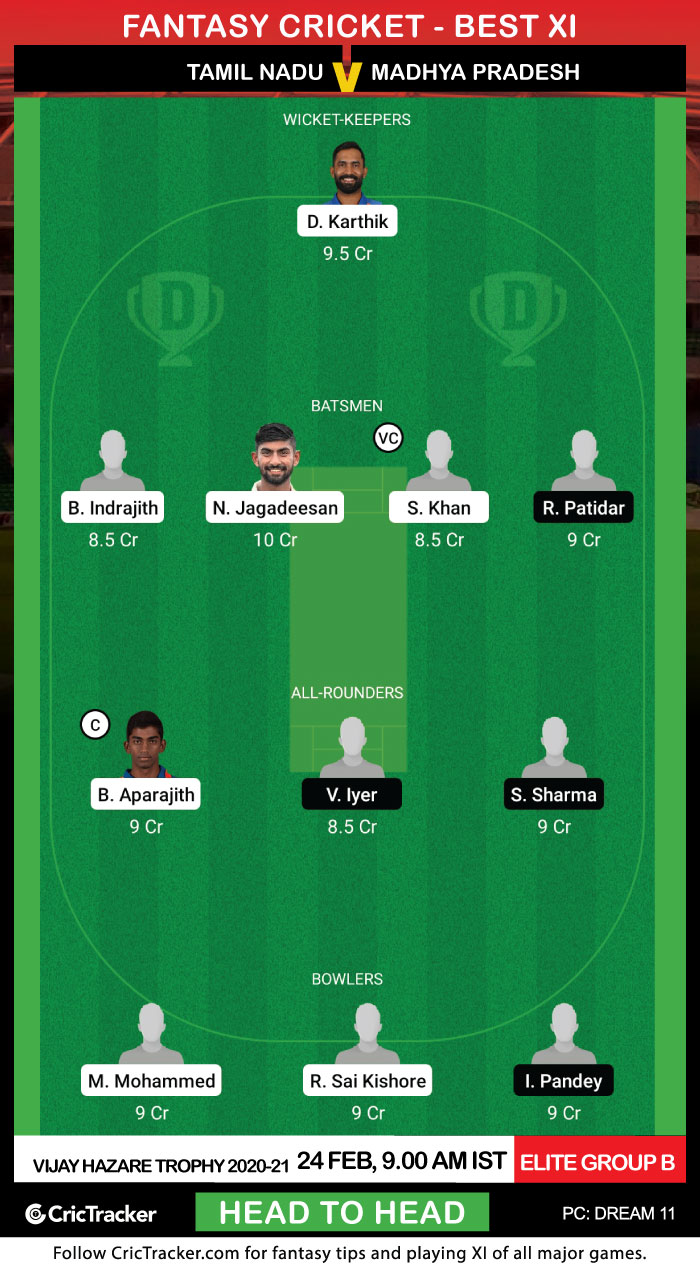 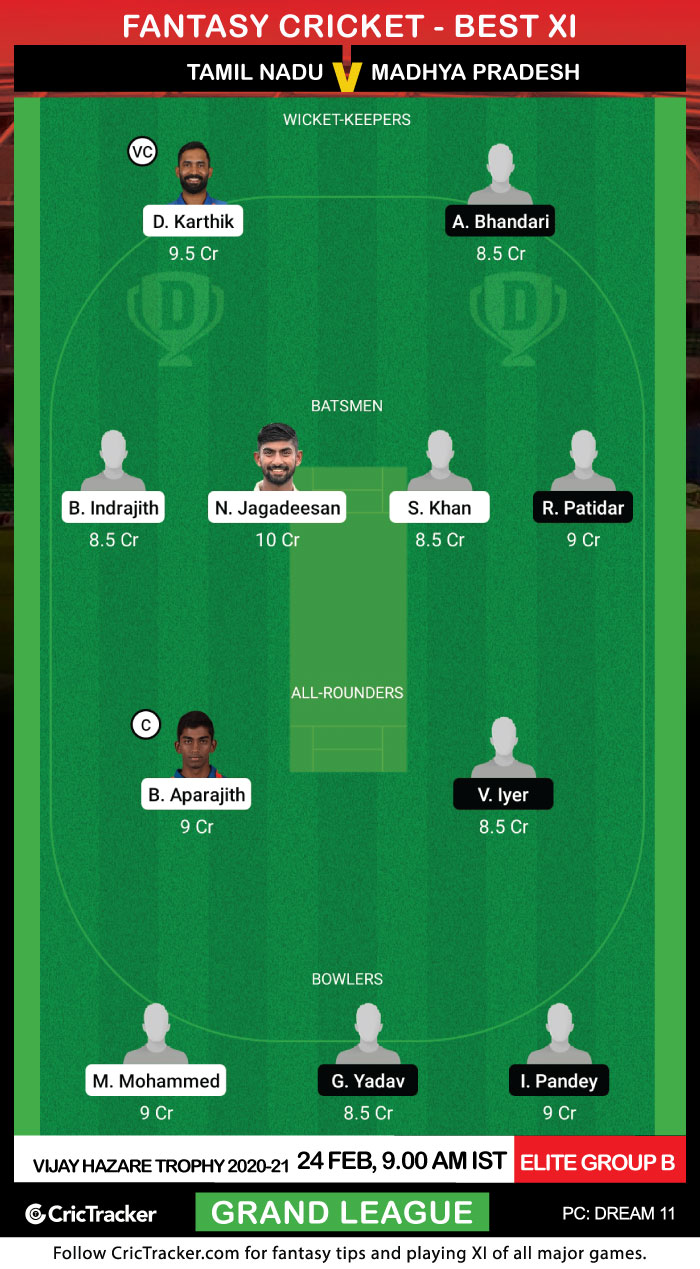 It is advisable to pick Dinesh Karthik in your side as he will get you points with the bat as well as with the wicketkeeping.