Yash Nahar is a good pick for your Dream11 Fantasy team.

The Elite Group D match of the Vijay Hazare Trophy 2020-21 will be played between Maharashtra and Puducherry on 1st March at KL Saini Ground in Jaipur.

Maharashtra will be up against Puducherry in the Elite Group D match of the Vijay Hazare Trophy 2020-21 on Monday. With the kind of players in the squad, the expectations were huge on Maharashtra. However, they failed to deliver and are almost out of the tournament with one game yet to be played. Despite posting 328 runs while batting first, they couldn’t defend the score in their last game against Delhi. Out of their 4 matches, they have won 2 and lost 2 matches and currently sitting at the 3rd spot in the Group D standings with 8 points.

With some of the biggest names in their group, Puducherry not able to cope up to the standards as they have won only one game out of their 5 matches and are currently placed at the bottom of the table with 4 points. After losing 3 consecutive matches, they have got something to be cheerful about as they won their previous game against Himachal Pradesh by a huge margin of 104 runs. They will be playing for their pride and would want to finish the tournament with a win.

It is a good surface to bat on and the surface will remain the same throughout the match. We can expect a high-scoring encounter, anything above 280 will become too difficult to chase. Batting first will be a good option on this wicket.

Coming at number 4 against Delhi in the previous match, Kedar Jadhav batted brilliantly for his 86 runs from 81 balls, which helped his side to post the score of over 300 runs on the board. Overall in this tournament, he has scored 206 runs from 4 matches at an average of 68.66.

Azim Kazi missed on scoring a well-deserved century against Delhi by 9 runs. He batted really well and scored 91 runs from just 73 balls. Overall in this tournament, he has scored 263 runs in 4 matches at an average of 65.75 with the highest score of 104.

Yash Nahar is the leading run-scorer for Maharashtra in this competition, having scored 271 runs in 4 matches at an average of 67.75 with a strike rate of 80.65, which includes one century and 2 half-centuries as well.

After missing out on scoring big runs in the first 3 matches, Sheldon Jackson made it up by scoring a gritty 104 runs against Himachal Pradesh, which gave his side their first victory in this tournament. So far in this competition, he has scored 182 runs in 4 matches at an average of 45.5. 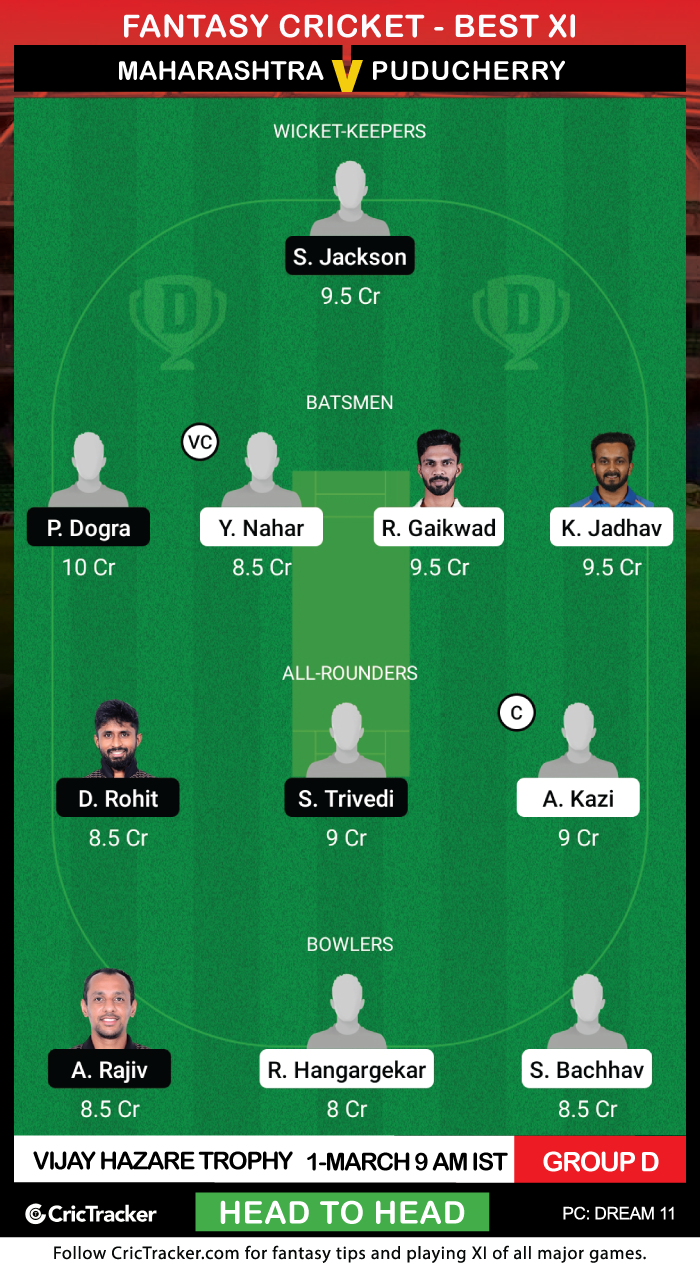 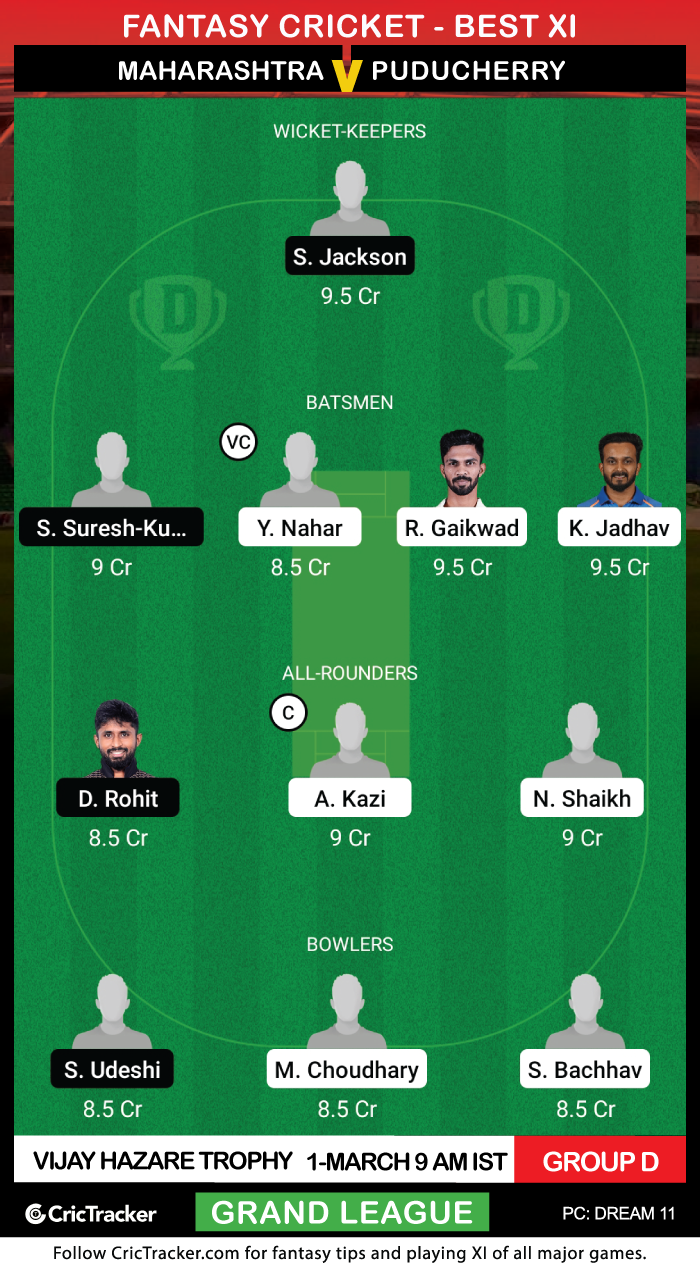 Yash Nahar is a good pick for your Dream11 Fantasy team as he has scored most runs for Maharashtra and is expected to give a good start at the top-order.

Maharashtra are expected to win this match.