International players Obed McCoy and Sunil Ambris will be the major attractions during the tournament opener. 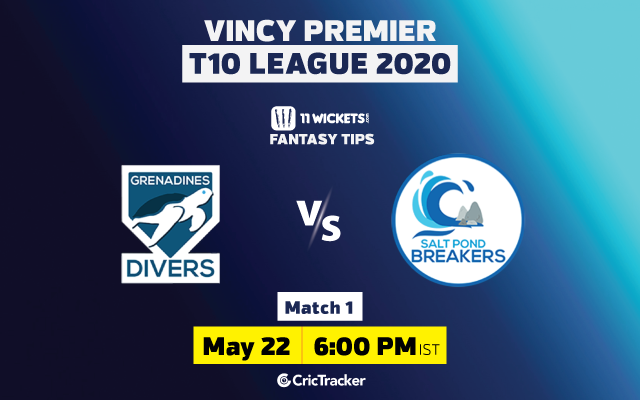 The 1st match of Vincy Premier T10 League 2020 will be played between Grenadines Divers and Salt Pond Breakers at the Arnos Valley Sporting Complex in Kingstown.

The Vincy Premier T10 League will put an end to the wait of fans to witness some cricketing action from a full-member nation. The tournament involving six teams from Saint Vincent and the Grenadines Island will be played in the T10 format. The first of the three matches to be played on the opening day (Friday) will be between Grenadines Divers and Salt Pond Breakers in the Kingstown. International players Obed McCoy and Sunil Ambris are named as the marquee players for the respective sides.

No rain is expected for the tournament opener despite the possibility of clouds around the venue.

An early beginning at the Arnos Valley Sporting Complex could see both pacers and spinners extract a bit of help from the track. However, batting might not be that tough considering the fact that the boundaries will be smaller here. Anything over 90 can be defendable in the tournament opener in Kingstown.

The West Indies International players Obed McCoy and Sunil Ambris are likely to make a difference in their respective formats. This tournament could help them to tone their skills and make a case for regular appearances in limited-overs Internationals. Asif Hooper will be a crucial bowler for the Grenadines Divers as he picked up 17 wickets across 15 domestic T20s where his economy is well below five. Rickford Walker is known for big knocks as he smashed two hundreds and four fifties across the 28 domestic T20s. 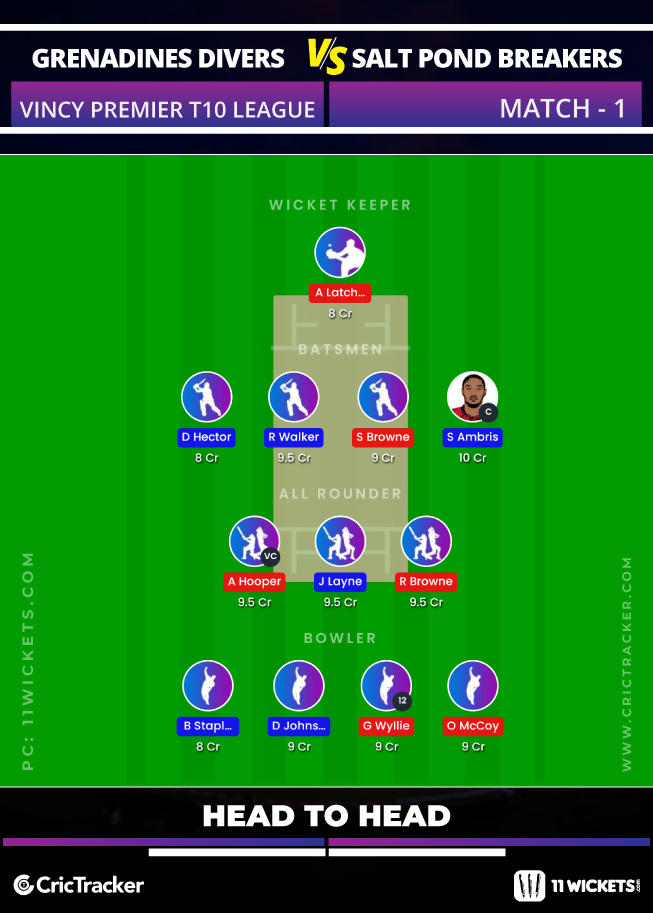 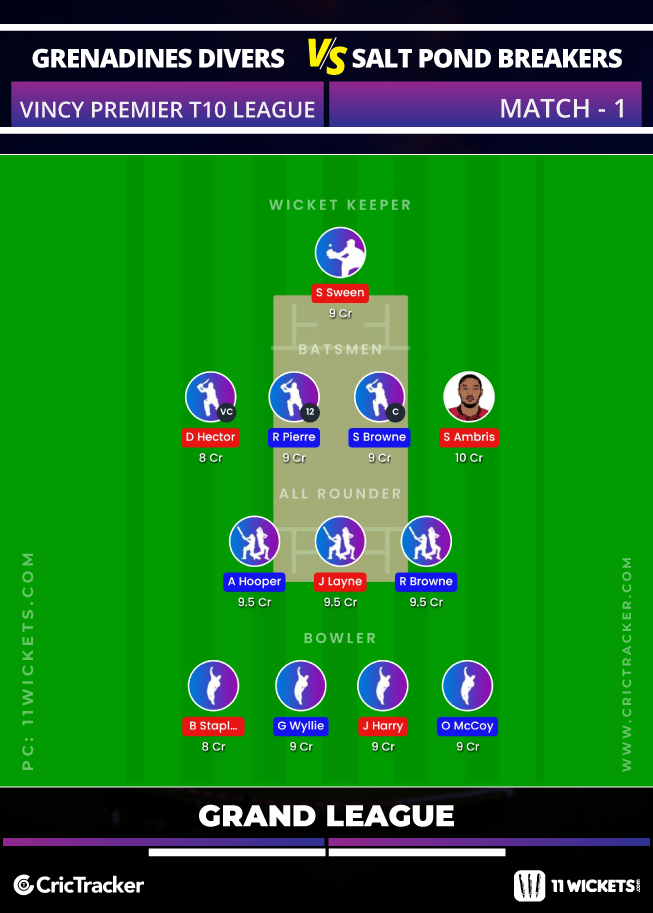 Benninton Stapleton will be a useful addition to the fantasy team as he costs only 8 credits. He covers up for an option from the bowlers’ category and helps in saving credits for costly players in other categories. Stapleton has claimed 12 wickets across 12 innings he bowled in the local T20s and is also a good hitter as he smashes one six per innings at an average.

Sand Pond Breakers are expected to have an edge over Grenadines Drives in this game.