Renrick Williams can turn out to be a surprise VC option. 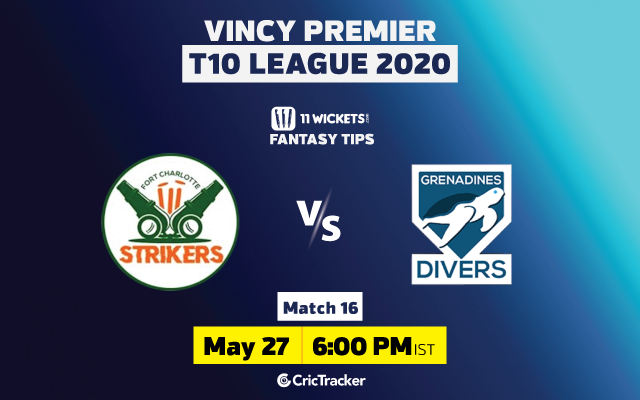 The 16th match of Vincy Premier T10 League 2020 will be played between Fort Charlotte Strikers and Grenadine Divers at the Arnos Valley Sporting Complex in Kingstown.

Fort Charlotte Strikers will face the Grenadine Divers for the second time on Wednesday in the ongoing Vincy Premier T10 League. Both the sides are in the must-win situation and if the Strikers lose this game, they will be virtually knocked out having lost all their five games thus far.

The Divers, on the other hand, have won only a solitary game and that too against the Strikers and will be hoping to register their second win. They are currently at the fifth position among six teams with the Strikers at the last place in the points table.

There are only 24% chances of rain during this match which is not concerning for the teams. Humidity will be around 70% while the temperature will hover in the late 20s.

The sides batting first have won five out of last six matches at the venue. A score around 90 is being deemed tough to chase down. The trend is expected to continue for the rest of the tournament as well.

Alex Samuel stunned many with his 55-run knock off 30 balls in the previous game. He has so far mustered 102 runs in three innings at an SR of 196.15. Asif Hooper has been consistently contributing in both departments scoring 91 runs and has picked six wickets thus far.

Gidron Pope has continued to be consistent for the Strikers. He scored 25 runs in the previous match too and has amassed 128 runs so far. Kirton Lavia is another decent all-rounder contributing with both bat and ball. He scored 16 runs and also scalped a wicket in his two overs conceding 16 runs in the last match. 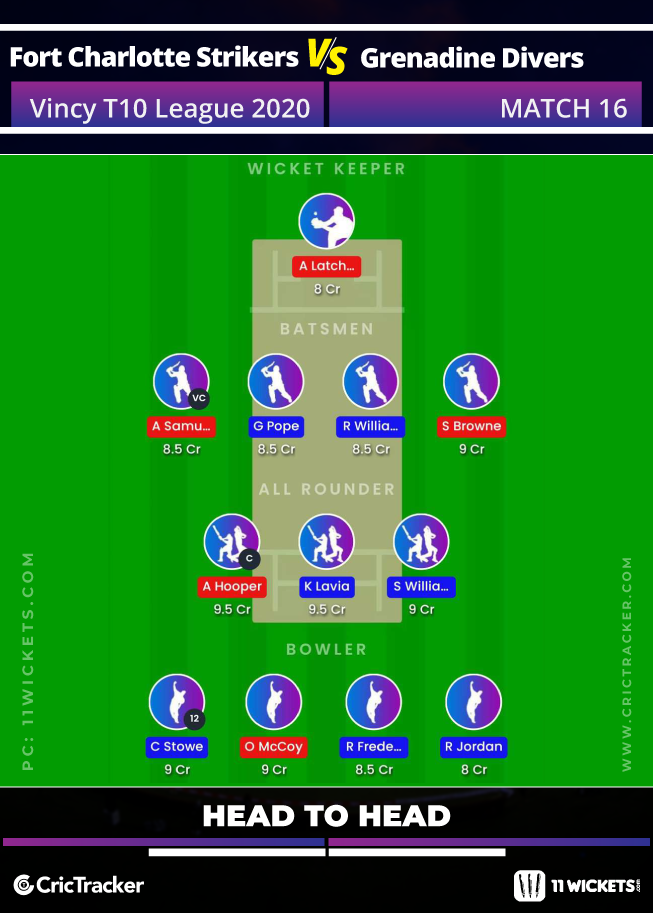 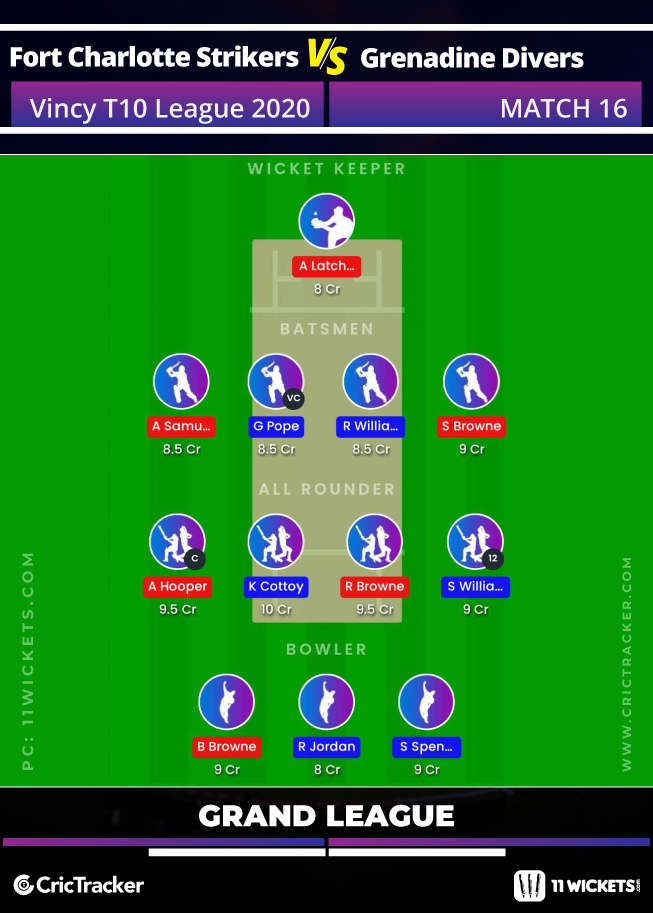 Renrick Williams opened the innings for the Strikers in the previous game. Not many are considering him a multiplier option and can earn crucial Fantasy points if he clicks.

Grenadine Divers are expected to win this match.