Atticus Browne will be a utility all-rounder in the fantasy team due to his great record. 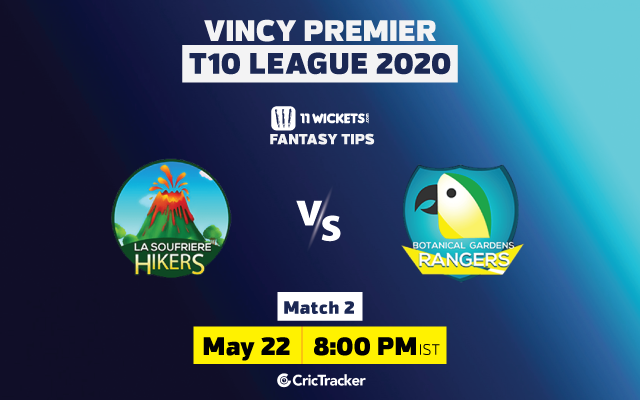 The 2nd match of Vincy Premier T10 League 2020 will be played between La Soufriere Hikers and Botanic Garden Rangers at the Arnos Valley Sporting Complex in Kingstown.

La Soufriere Hikers will lock horns with Botanic Garden Rangers during the second match on Friday in the Vincy Premier T10 League. Kesrick Williams will be the star attraction for this game as he represents the Botanic Garden Rangers as marquee players. Desron Maloney, the current player of the Windward Islands, will be marquee player of the La Soufriere Hikers team. This game will be played straight after the competition of the opening game between Grenadines Divers and Salt Pond Breakers.

The temperatures are expected to be around 31 with no possibility of rain.

The second match of the day is likely to witness best batting conditions once the moisture and dampness get removed with sunny conditions around. There could be turn for the spinners in the last couple of overs in the 2nd innings. Hence, a total of at least 90 will be needed to win while batting first in this game. 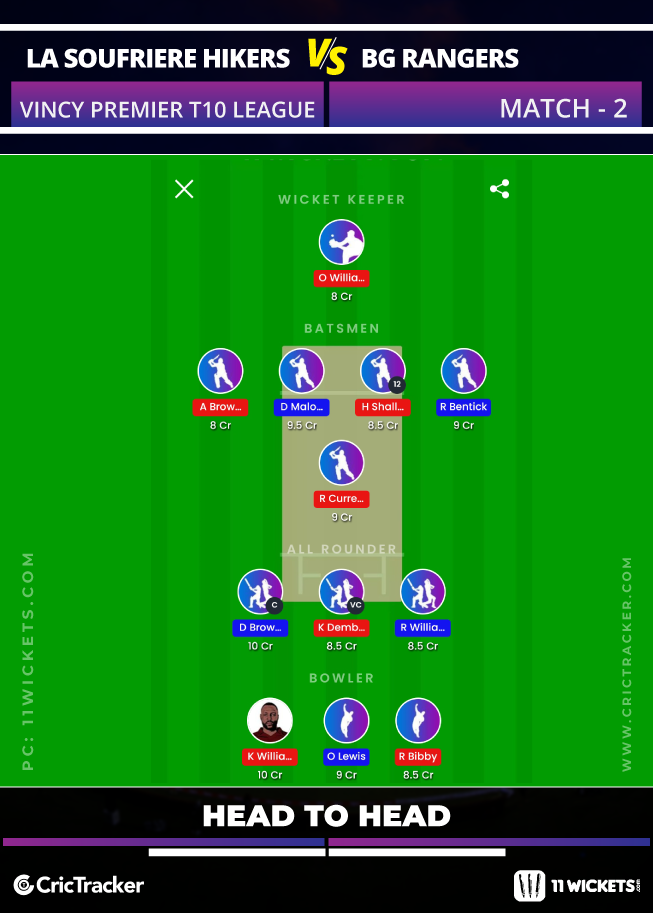 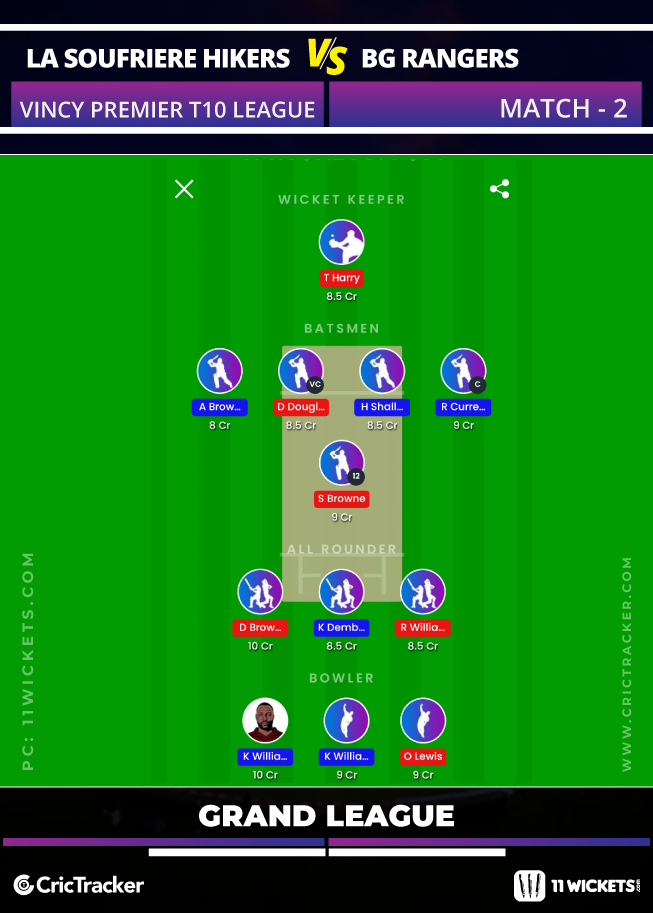 Hyron Shallow is interestingly not picked by fantasy teams in high percentage despite his consistency with the bat. Across the 14 local T20s he played, he smashed two centuries and a fifty. His average reads over 60 and could end up being the differential pick.

Botanic Garden Rangers will have an edge in this game due to the presence of quality all-rounders.