Kesrick Williams will be the player to watch out for during this game.

The 2nd match of Vincy Premier T10 League 2020 will be played between La Soufriere Hikers and Botanic Garden Rangers at the Arnos Valley Sporting Complex in Kingstown.

The La Soufriere Hikers will be up against Botanic Garden Rangers in the second match of the Vincy Premier T10 League it will be played soon after the game between Grenadines Divers and Salt Pond Breakers. The two teams are well balanced with all-rounders and have enough fire-power in their batting. The Botanic Garden Rangers have got West Indies International bowler Kesrick Williams as their marquee player while Desron Maloney is the La Soufriere Hikers team’s marquee player.

The temperatures will be exceeding 30 around 11 AM local time and clear skies are expected.

As high temperatures are expected in Kingstown before noon, we might see a hard and flat wicket for the game between Hikers and Rangers. The damp and moisture of the pitch due to early morning start might get removed by the start of the 2nd match. It makes it easy for the batsmen but spinners might enjoy turn in the latter quarter of the game.

Kesrick Williams does have great numbers in the local T20s as he picked 27 wickets in 18 matches at an average of 10.33 and also scored 170 runs close to 150 strike rate. The marquee player of Hikers, Desron Maloney recently scored his maiden first-class fifty also while batting in Kingstown and aggregated over 100 runs. Atticus Browne has a brilliant record in the T20 games as he scored 747 runs with six fifties an average of 33.95 and bagged 24 wickets with help of two 4-wicket hauls. Dean Browne has got a solid record in domestic matches as he amassed 605 runs and also picked up 24 wickets all across 22 T20s. 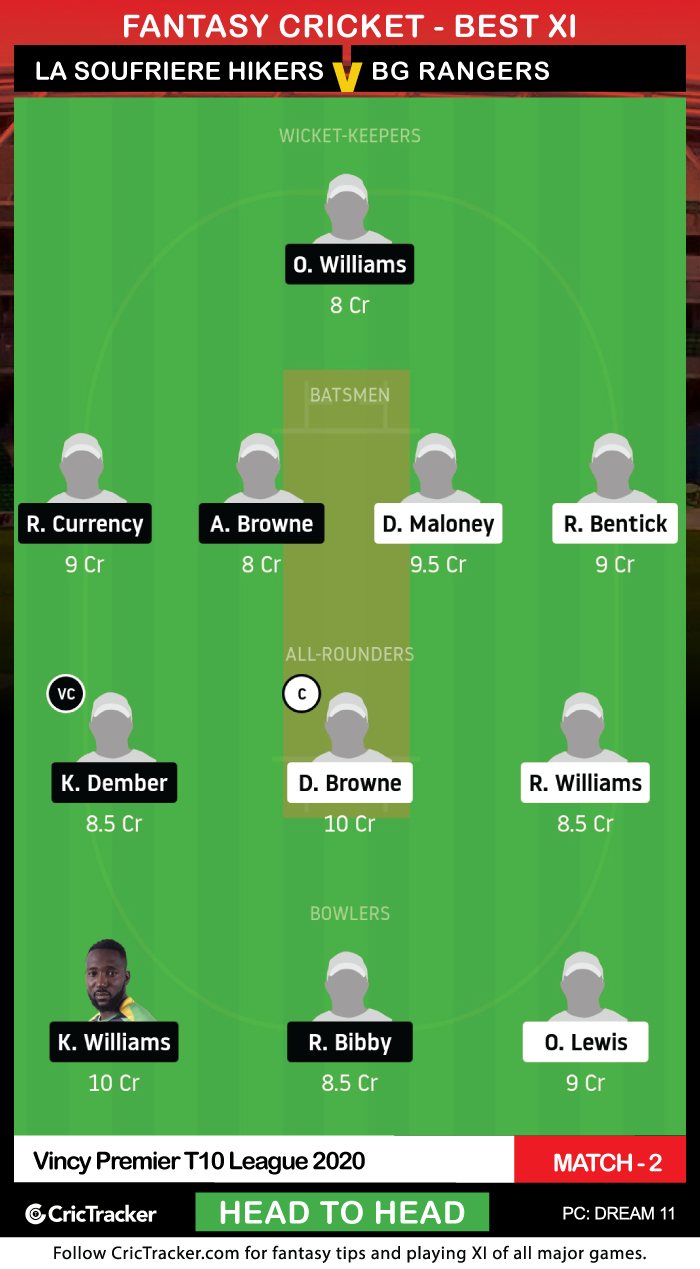 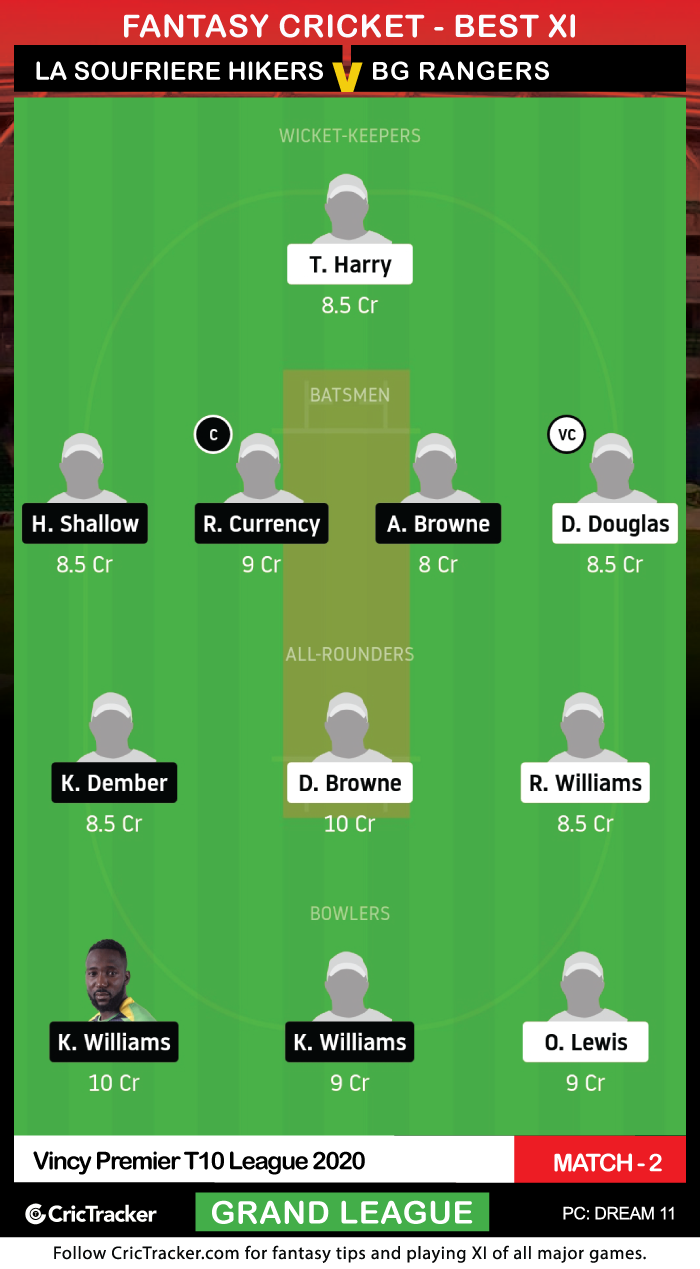 At the time of writing, all-rounder Kevin Abraham, who costs 10 credits is picked by more than 90% of the fantasy teams for this game. He is more of a specialist bowler and nothing can be expected in the batting department. Hence, we felt his value of 9.5 credits is slightly higher and have not picked him in any of our fantasy teams.

Botanic Garden Rangers are expected to win this game thanks to a balanced squad.