Kesrick Williams batted at No.5 position in the Friday's match. 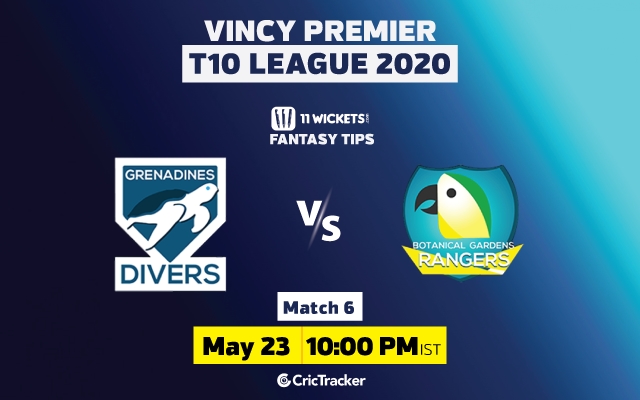 The 6th match of Vincy Premier T10 League 2020 will be played between Grenadines Divers and Botanic Garden Rangers at the Arnos Valley Sporting Complex in Kingstown.

Grenadines Divers and Botanic Garden Rangers will face off on Saturday afternoon in pursuit of their maiden win in the Vincy Premier T10 League. Both the teams failed to defend their scores on Friday and began the tournament with a defeat. The Grenadines were bowled out for only 68 against Salt Pond Breakers where they lost by three wickets. On the other hand, the Botanic Garden Rangers finished with 70/5 but their total was chased down pretty easily by the La Soufriere Hikers.

The Arnos Valley is expected to stay away from any rain threat on Saturday afternoon.

The most runs in a game on Saturday could come during the Divers-Rangers match. The reason for it is the track in Kingstown on Friday became batting-friendly from the 2nd half of the second match. It was, however, quite opposite to the history of spin-friendly wickets at the Arnos Valley Sporting Complex.

Obed McCoy and Kesrick Williams, the marquee players of Divers and Rangers tried to make a contribution with the bat which isn’t the case at a higher level. McCoy walked to bat at No.7 but bagged a duck while Kesrick batted at No.5 and scored an unbeaten 15. Asif Hooper is a must in the fantasy team as he is known to cover-up his failure in one department through others. He scored only one run with the bat but ended the match with a wicket and two catches. 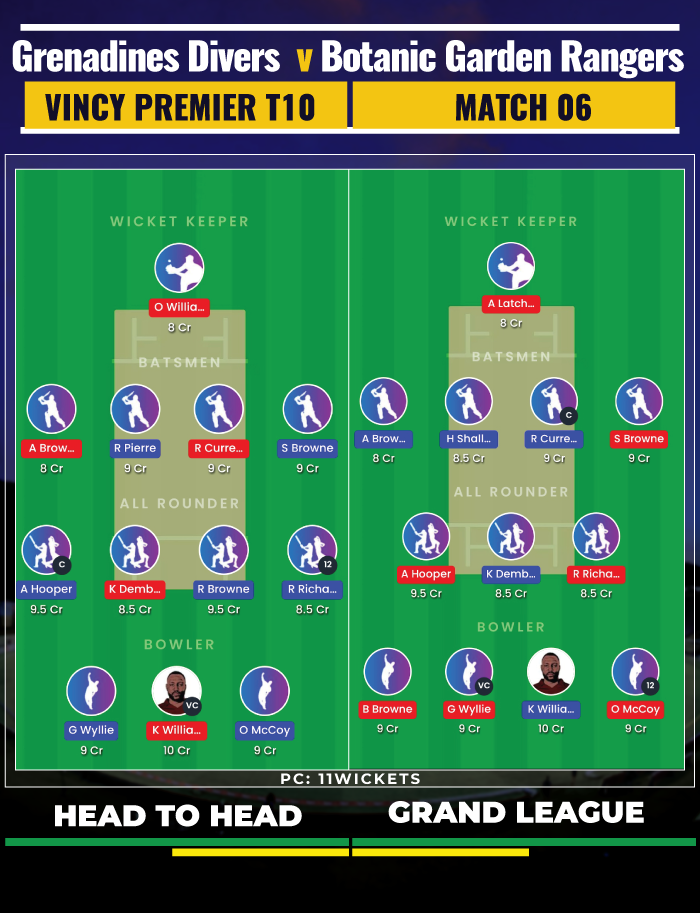 Though both the teams bagged defeats in their respective first matches on Friday, we expect them not to make any major changes. Hence, we have retained their playing XIs. Moreover, we picked only a selected crop of guys who are likely to play on Saturday unless fitness issues.

Grenadines Drives are expected to open their winning count on Saturday.