The game between Divers and Rangers is expected to be a high-scoring one.

The 6th match of Vincy Premier T10 League 2020 will be played between Grenadines Divers and Botanic Garden Rangers at the Arnos Valley Sporting Complex in Kingstown.

Grenadines Divers and Botanic Garden Rangers ended up on the losing side in the first two matches played on Friday. They will be up against each other in search of their maiden win in the Vincy Premier T10 League 2020 during the afternoon game of Saturday. Divers lost to Salt Pond Breakers by three wickets while defending their total of 68. The Garden Rangers got thumped to a 9-wicket defeat by the La Soufriere Hikers after posting 70/5 in their 10 overs.

High temperatures are expected at the Arnos Valley in the afternoon on Saturday.

The history of Arnos Valley Sporting Complex tracks suggested them to be spin-friendly ones but the pitch on Friday got better for batting as the day progressed. It was one of the reasons why the afternoon match was the highest-scoring game of all the three despite played on a used track. This trend could continue if a new strip is used on Saturday.

Romel Currency didn’t have a great start to the tournament as he got out scoring 5 runs and the game was finished by the time he was introduced to bowl. Asif Hooper also failed with the bat but picked up a wicket conceding only three runs in the one over he bowled. Hooper also claimed two catches in the field. Geron Wyllie, known for picking up wickets in a bulk, bagged a 4-wicket haul on Friday which included an over of three wickets. 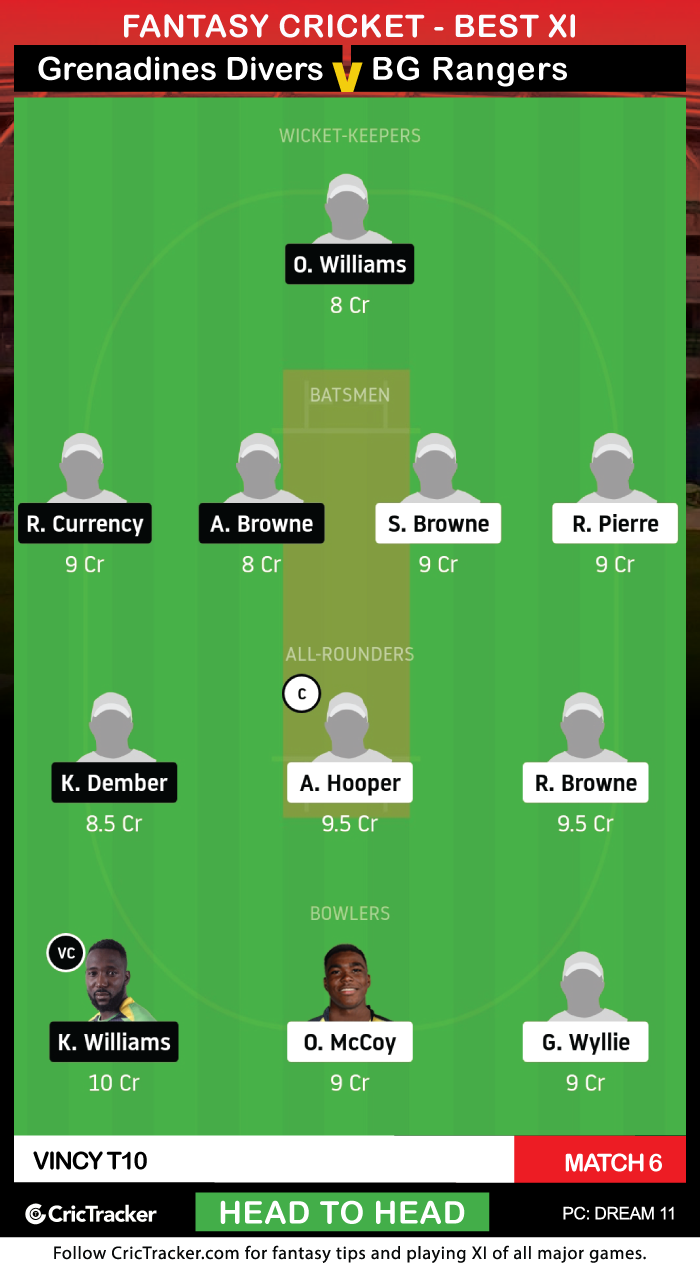 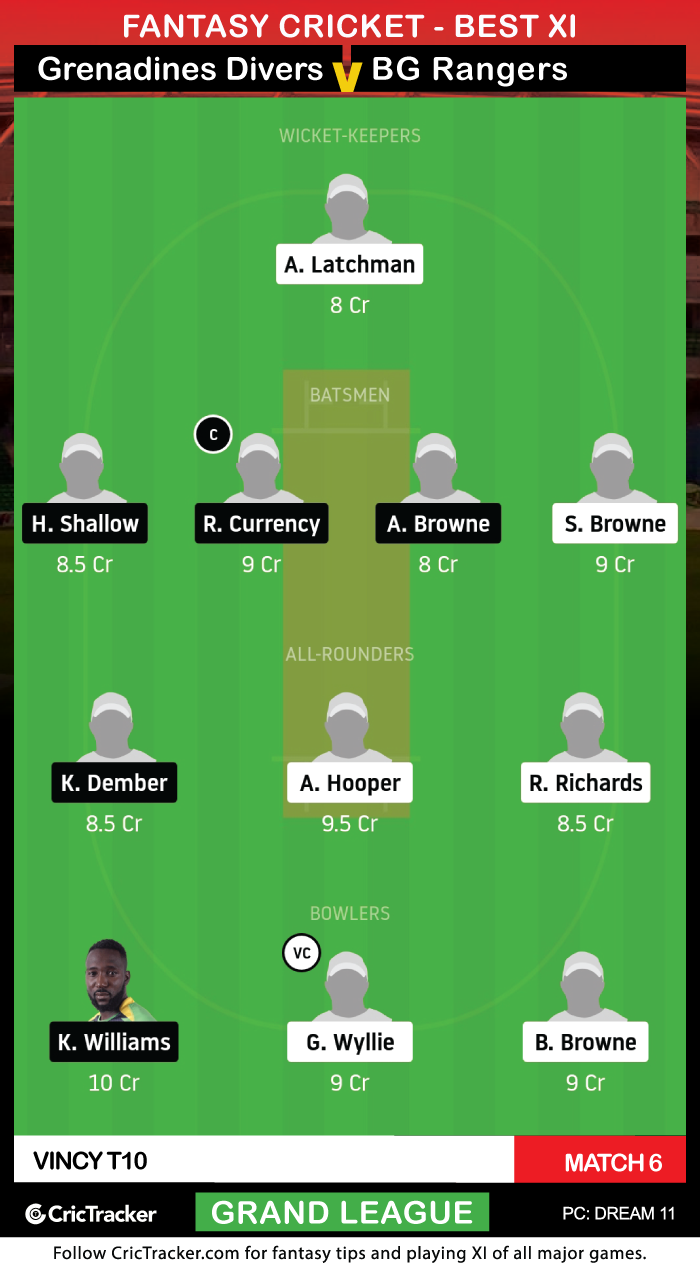 We have picked Obed McCoy in our suggested fantasy No.1 but excluded from the fantasy XI for the Mega Leagues. The major factor of it is all the bowlers of Divers being capable enough of picking wickets like him. His figures on Friday read 2-0-15-1 which are not what expected from an International pacer in this tournament.

Grenadines Drives are likely to defeat the Botanic Garden Rangers on Saturday.