Hyron Shallow scored an unbeaten 36 from 17 balls on Saturday. 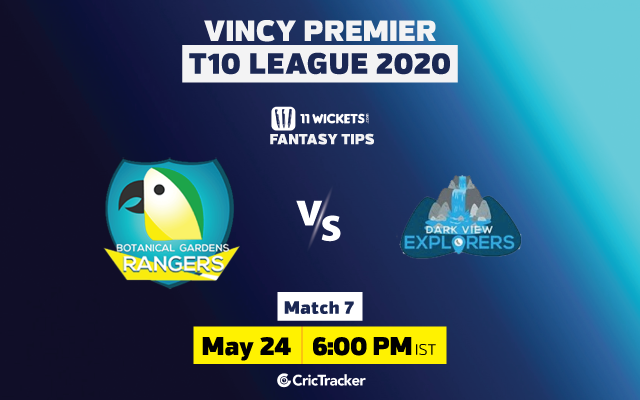 The 7th match of Vincy Premier T10 League 2020 will be played between Botanic Gardens Rangers and Dark View Explorers at the Arnos Valley Sporting Complex in Kingstown.

The game between Botanic Gardens Rangers and Dark View Explorers will kick off the Sunday’s matches in the Vincy Premier T10 League 2020. Both the teams suffered a defeat against the La Soufriere Hikers. The Botanic Rangers bagged a 9-wicket win in the hands of Hikers on Friday but opened their account with a comfortable win over Grenadines Drivers. On the other hand, the Explorers got the better of Fort Charlotte Strikers in their first game but finished with 103 in reply to the total of 109 by the Strikers on Saturday.

No threat of rain is expected for this game to be played on next afternoon.

The game between the Rangers and Explorers will be played on Sunday where a new pitch is expected to be used. If so, we could witness a low-scoring game like the one during the tournament opener. The game which was played on Saturday morning produced big totals on a used surface.

Lindon James is the leading run-getter of the tournament after two rounds but is keeping the wickets and also rolling his arm as the captain of the Explorers. Kenneth Dember was clinical with his bowling effort on Saturday where he claimed one wicket and conceded just four runs across the two overs he bowled. Hyron Shallow is a consistent performer with the bat in the shorter formats and has shown a glimpse of that with an unbeaten 36-run knock on Saturday. 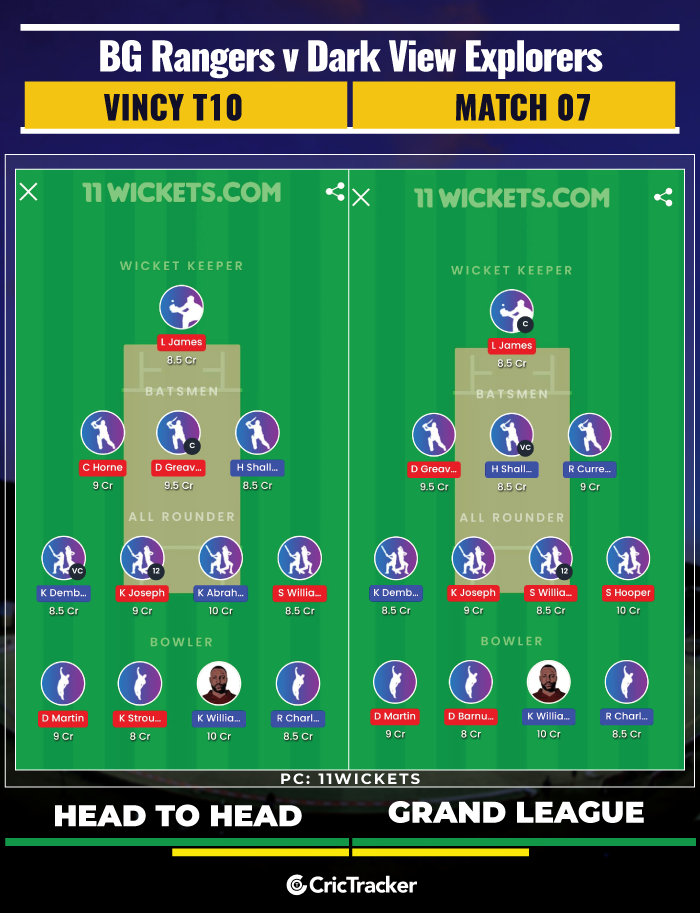 There is uncertainty over Kesrick Williams’ batting position as he batted at No.5 on Friday but didn’t walk to bat on Saturday where his team chased down a target with seven wickets to spare. If he gets to bat up the order, we can see him earning points in batting as well.

The Dark View Explorers are likely to record their 2nd win in three matches.