Kesrick Williams picked up his first wicket of the tournament on Saturday.

The 7th match of Vincy Premier T10 League 2020 will be played between Botanic Gardens Rangers and Dark View Explorers at the Arnos Valley Sporting Complex in Kingstown.

The Sunday’s matches will get going when Botanic Gardens Rangers takes on Dark View Explorers in the morning match. Both the teams have won one game apiece out of the two they have played thus far. The Rangers suffered a huge defeat against the La Soufriere Hikers on Friday but bounced back with a 7-wicket win over the Grenadines on Saturday. The Dark View Explorers registered an 8-wicket win in their first game against Fort Charlotte Strikers but lost by 6 runs against the Hikers on Saturday morning.

The morning match on Sunday is expected to be played under clear skies.

The game to be played on Saturday morning did witness a total of more than 200 runs aggregated by both the teams. It was played on the track used for the Friday’s game where the batsmen enjoyed the ball coming on to the bat towards the end of the day. With a new pitch likely to be used on Sunday, the bowlers could have an edge on a fresh track in the morning.

Hyron Shallow, the opener of the Rangers, is known for his consistency in domestic T20s. He scored an unbeaten 36 earlier on Saturday. Kenneth Dember turned out to be a special package on Saturday where he picked up a wicket in his two overs where he gave away only four runs. Romel Currency hasn’t made any notable contributions for his team yet but can be lethal on his day. Deron Greaves, on Saturday, picked up a 4-wicket haul and also scored 20 runs for his team Dark View Explorers. 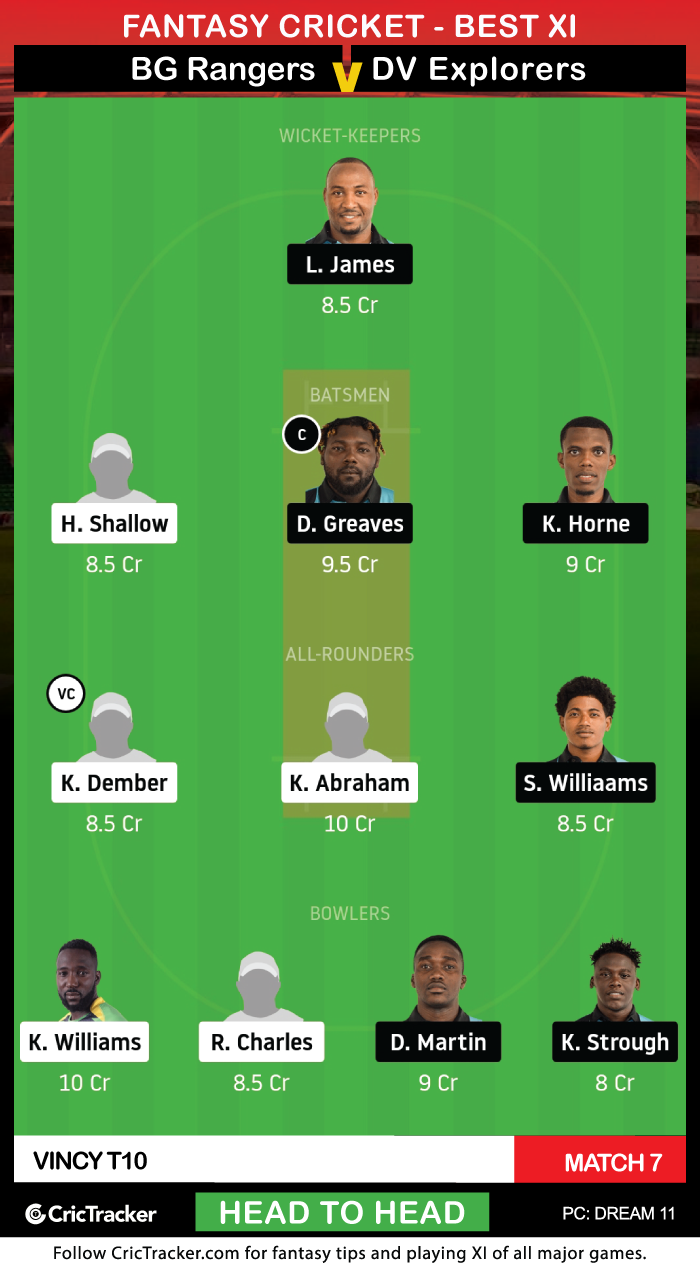 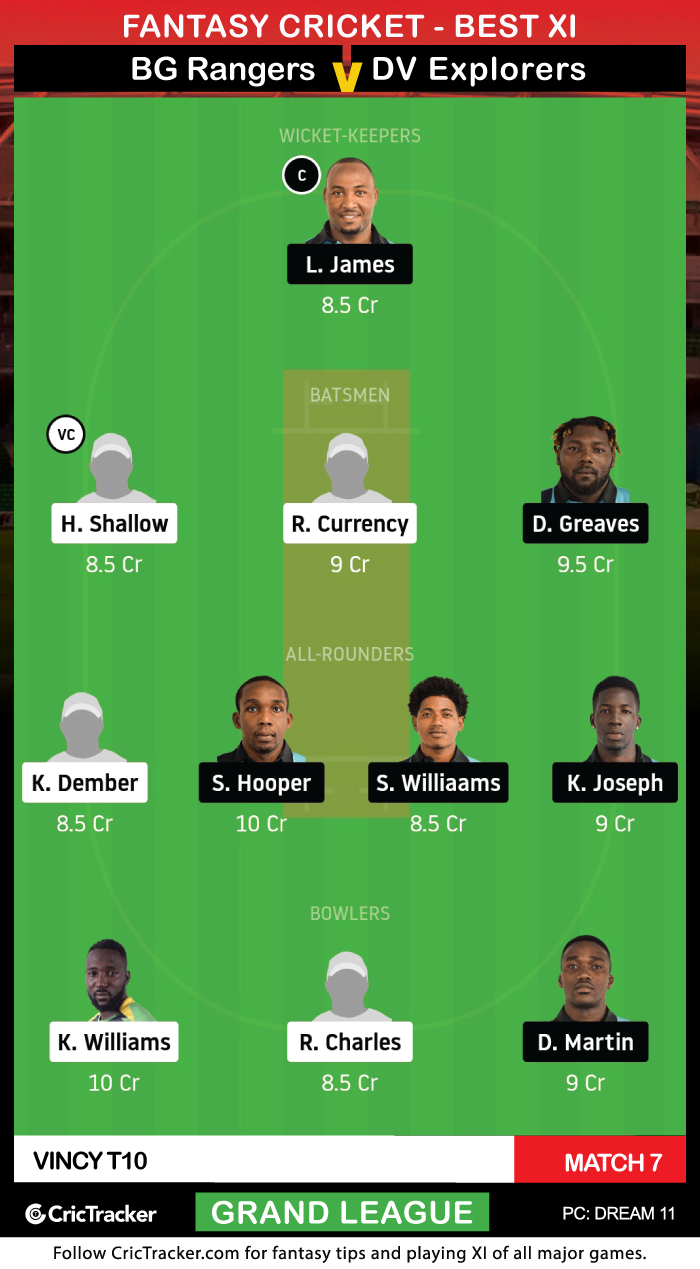 The Dark View Explorers made one change from their previous game by bringing in Ojay Matthews, a better option in the bowling. However, he neither batted nor bowled on Saturday. Hence, he could remain in the XI so do the remaining ten players. Even the Botanic Gardens Rangers are unlikely to make any changes.

The Dark View Explorers are expected to register their 2nd win of the tournament.