Sunil Ambris is among the leading wicket-takers of the tournament.

The 9th match of Vincy Premier T10 League 2020 will be played between Salt Pond Breakers and La Soufriere Hikers at the Arnos Valley Sporting Complex in Kingstown.

The unbeaten teams of the Vincy Premier T10 League; the Salt Pond Breakers and La Soufriere Hikers will face off on Saturday afternoon as only one of them will stand unbeaten at the end of the weekend. The Pond Breakers began with a 3-wicket win against the Grenadines Divers and followed it with a big 20-run win over Fort Charlotte Strikers. On the other hand, the Soufriere Hikers thumped Botanic Gardens Rangers by 9 wickets on Friday and clinched a 6-run win against Dark View Explorers.

High temperatures are expected in the afternoon at the Arnos Valley on Sunday.

A new pitch is likely to be used for the matches on Sunday which could provide a high-scoring afternoon match. The fresh pitches usually get better as the match goes on for a considerable amount of time. There was a similar situation on Friday where the most runs among the three games came during the afternoon match only.

Sunil Ambris is the joint highest wicket-taker in the tournament with four wickets which came at an economy rate of four. He also scored 34 runs in the two games with a best score of 29 runs. Desron Maloney and Salvan Brown have a key role to play for the Hikers as openers. Maloney came up with an aggressive knock in the first match while Salvan got to 20s in both games. Wesrick Strough took four wickets in two matches including a hat-trick in the tournament opener. 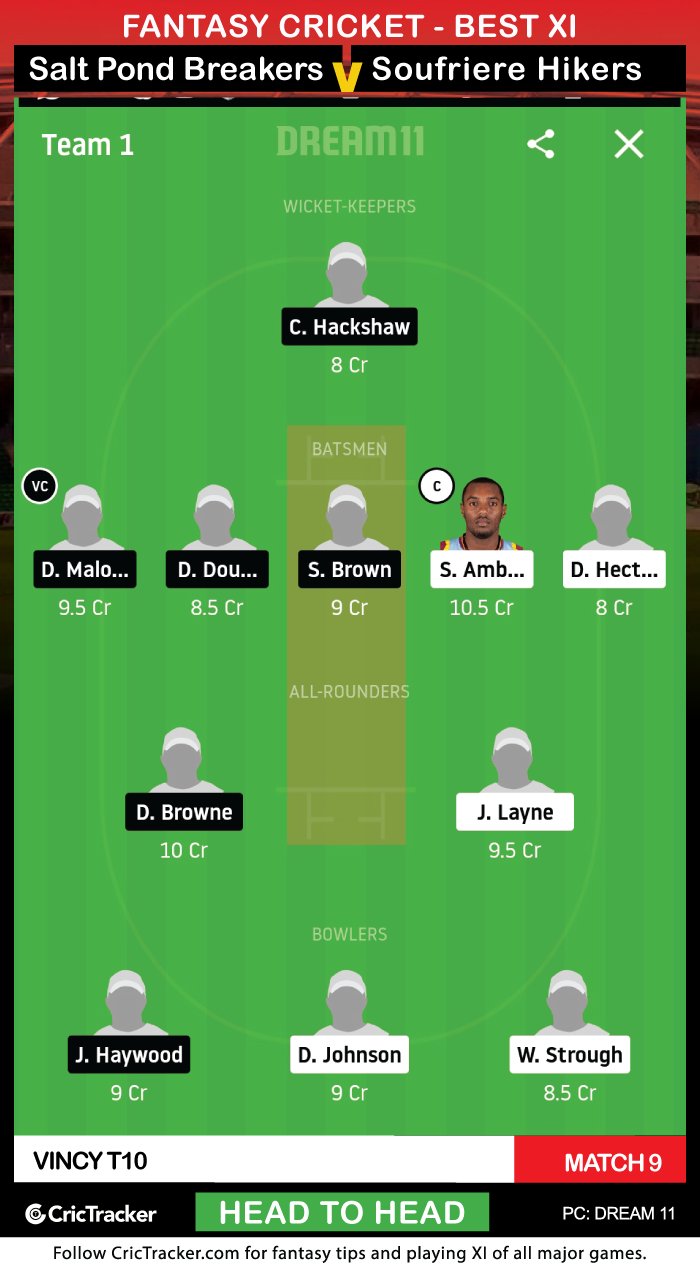 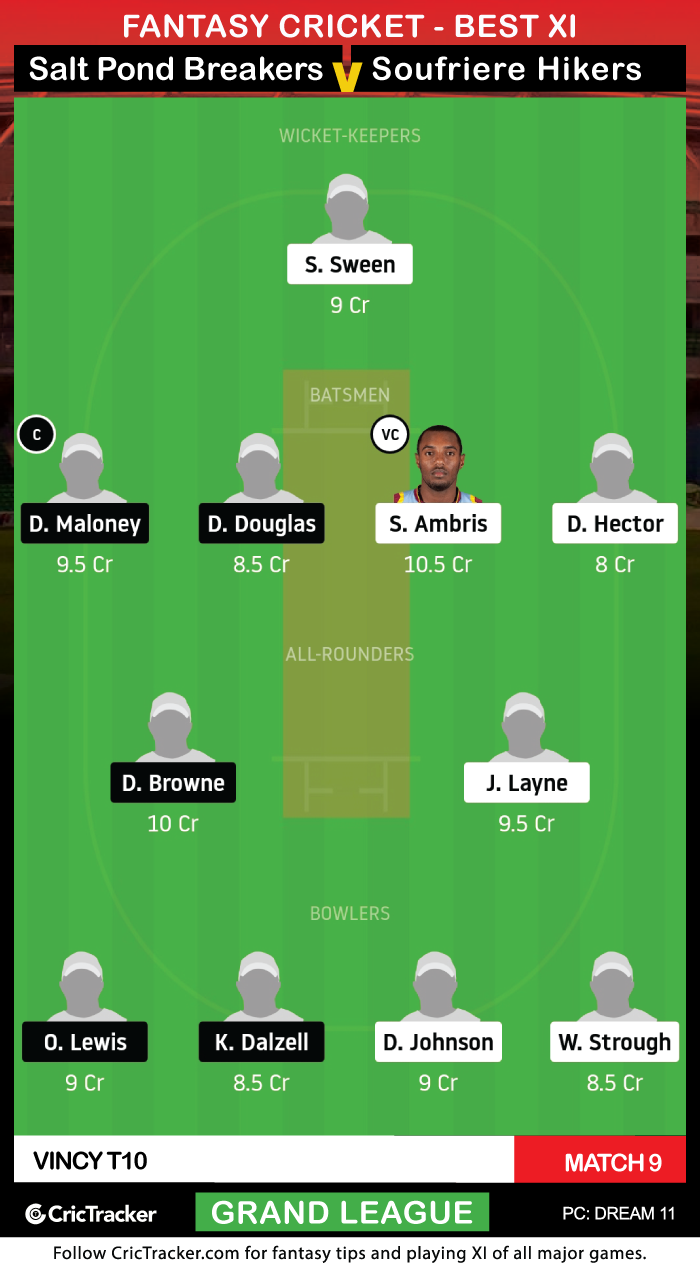 Both the teams are placed in the top two spots in the points table having won both their matches. Hence, we least expect them to make any changes to their playing XIs from their respective games on Saturday.

The Salt Pond Breakers are expected to register their 3rd successive win of the tournament.