India will take on Pakistan at Birmingham on June 4. 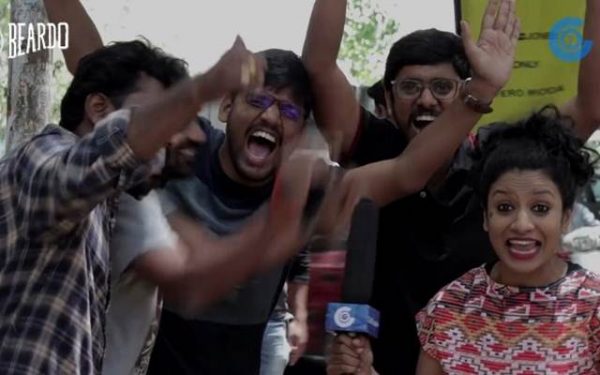 The all-important clash between the arch-rivals India and Pakistan is all set to get underway at Birmingham in the ICC Champions Trophy 2017. The build up to the game is bound to be high since the rivalry that the two teams share has been immense on the cricket field. The Men in Blue certainly have the upper hand going into the game since they have an excellent record against Pakistan in ICC events.

The fans absolutely love the contest and hence all the brouhaha surrounding the game is only justified. Back in 2009, the warm-up fixture in the Champions Trophy between the two sides had garnered more fans than the eventual finals of the tournament. Well, the testimonials for the epicness of this cricket rivalry has an endless list if one goes to cite them all.

For now, the focus is totally towards the upcoming clash. CricTracker powered by Beardo for men went among the fans to feel the pulse of the on the eve of the mother of all clashes. The fans were asked questions about their memories of the India v Pakistan clashes from the past.

When asked to pick their best moments from the clashes from the past, most of the fans cherished the moment when Sachin Tendulkar had clobbered Shoaib Akhtar for a six over the covers in the 2003 World Cup. There were others who believed that Sachin’s knock in the 2011 World Cup semi-finals was epic as well.

When asked to predict the star of the upcoming clash, there was one name that stood tall among the lot. Team India skipper Virat Kohli was the choice that most of the fans made. There were a few who felt that the day could well belong to MS Dhoni as well. Among the other names that surfaced were Shikhar Dhawan, Jasprit Bumrah, and Umesh Yadav.

There were many more questions asked on the same lines and the responses that the fans gave was epic.

Watch the complete build-up among the cricket fans for the India v Pakistan clash here: