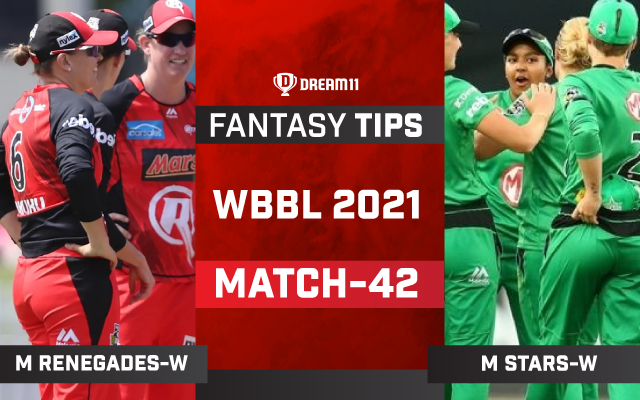 Melbourne Stars Women haven’t played to their true potential in this WBBL. However, they still are placed at the fifth spot in the standings with 9 points. They have lost their last 2 matches against Scorchers Women and Renegades Women by 10 wickets and 7 wickets respectively.

Continuous cricket has been played over the last few days and this will be the second match of the day. It’s a genuine batting wicket where batters will get full value for their shots if they do play long. Bowling first is a good option.

Also Read: The future of T10 looks good, it can be used to take cricket at the Olympics: Faf du Plessis

Harmanpreet Kaur is the most valuable player at the moment for Renegades Women. She has smashed 309 runs in 9 matches in this tournament at an average of 61.8 and has also scalped 12 wickets at an economy of 7.29.

Jemimah Rodrigues is giving her best for her side in this competition by providing a good start. She has mustered 293 runs in 9 matches at an average of 36.62, with the highest score of 75*.

Kim Garth is the prominent player in the Stars line-up. She has scalped 13 wickets in 10 matches in this tournament at an economy of 5.78 and has also scored 161 runs with the bat in 8 innings.

Elyse Villani has scored the most runs for Stars Women in this tournament, with 255 runs in 10 matches at an average of 28.33. 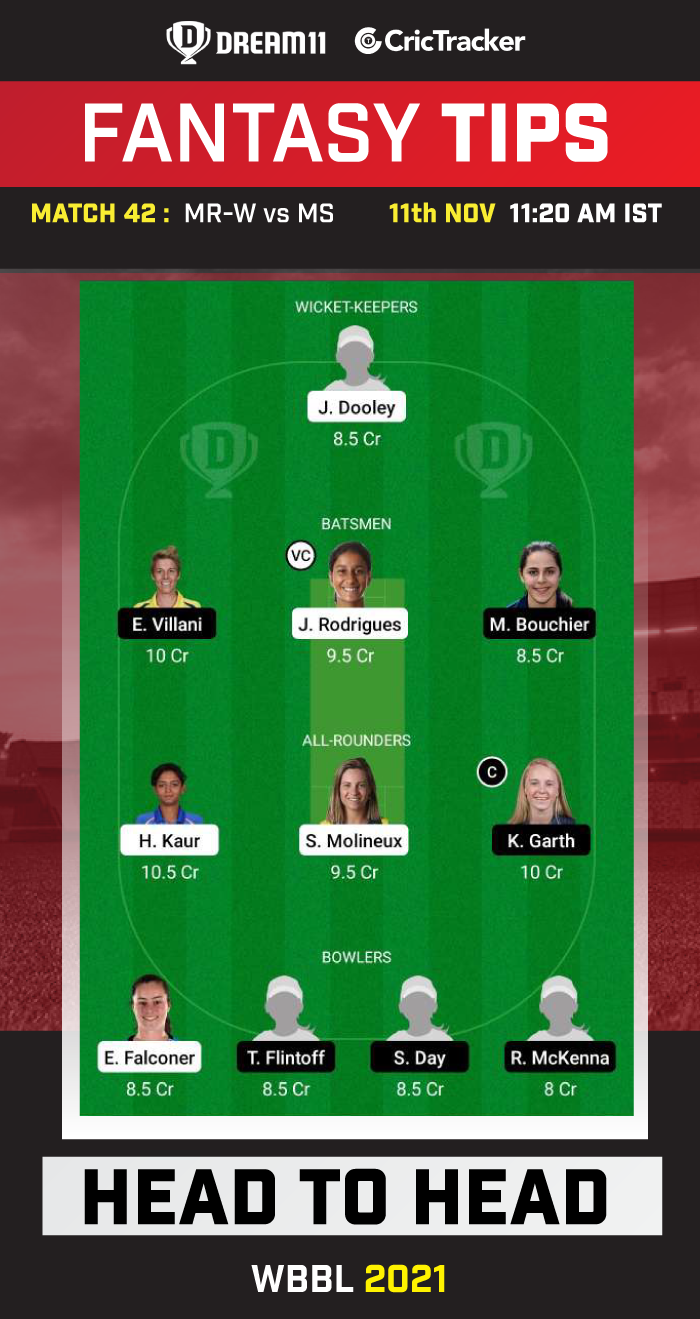 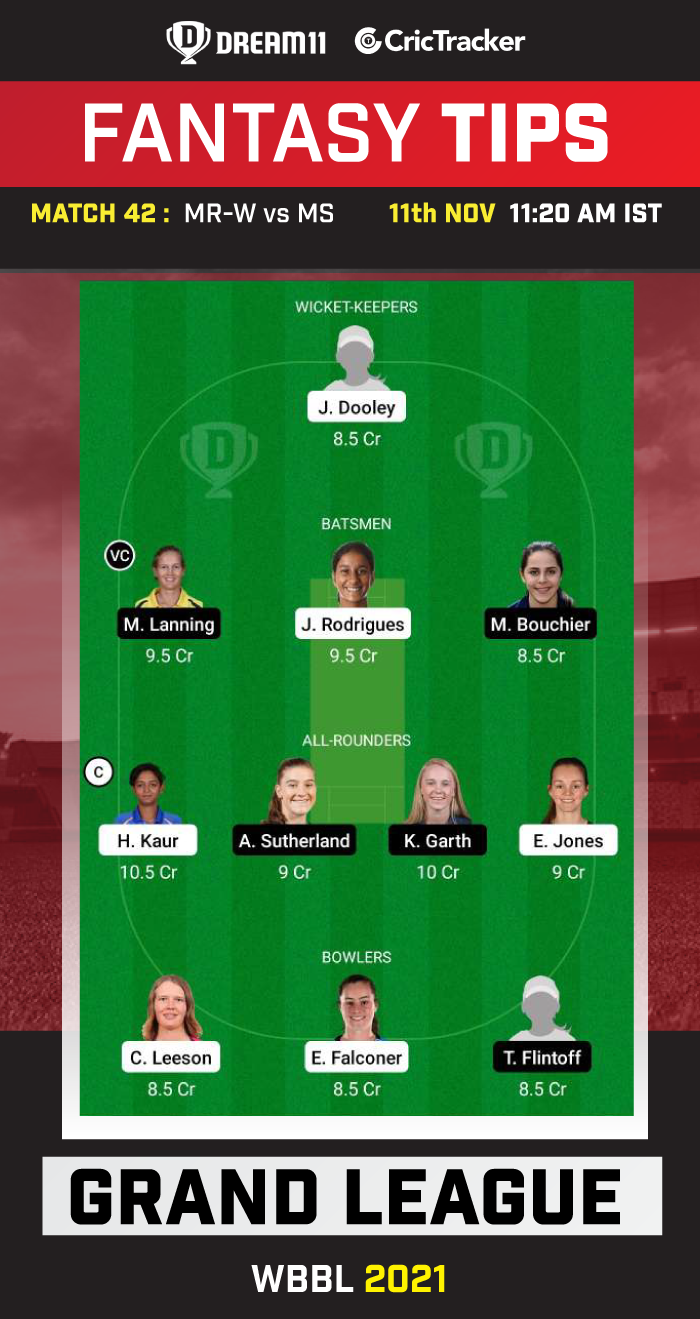 Eve Jones has accumulated 155 runs in 8 matches in this tournament at an average of 25.83, with the highest score of 62. It’s worth a risk and you can pick her as your fantasy team skipper.

Maia Bouchier is slightly out of touch at the moment. She has scored 16 runs in the last 3 matches. You can take a risk and pick her as your fantasy team skipper.

Ella Hayward has picked up only 4 wickets in 7 matches she has played in this tournament. It’s better to avoid her while making your fantasy teams.