Sydney Sixers Women will go one-on-one against Sydney Thunder Women in the 46th match of the WBBL on Sunday. Sydney Sixers Women lost their previous encounter in this competition, as they failed to defend the total of 91 runs posted by them.

Talking about Sydney Thunder Women, they are not having a good time in the ongoing competition. They have lost 6 out of the 10 matches that they have played and are rooted at the bottom of the league table with 6 points in their bag. Considering their form, Sydney Thunder Women have to play well to beat Sydney Sixers Women in the upcoming match.

The track at this venue is expected to favour both the batters and the bowlers. Having said that, players will get the results accordingly to their efforts.

Ellyse Perry is a must-have player for your fantasy teams. She is the highest run-getter for her team, having scored 270 runs and has also taken 5 wickets.

Ashleigh Gardner is the other must-have Sixers player in your fantasy team. She has scalped 7 wickets and has also scored 197 runs.

Smriti Mandhana is a big game player and knows how to score runs against quality sides. She has notched up 189 runs in 9 matches in this tournament at an average of 23.62, which comprises of 2 half-centuries.

Deepti Sharma has played some good cricket in this tournament. She scored 152 runs at an average of 30.40 and scalped 10 wickets with the ball. 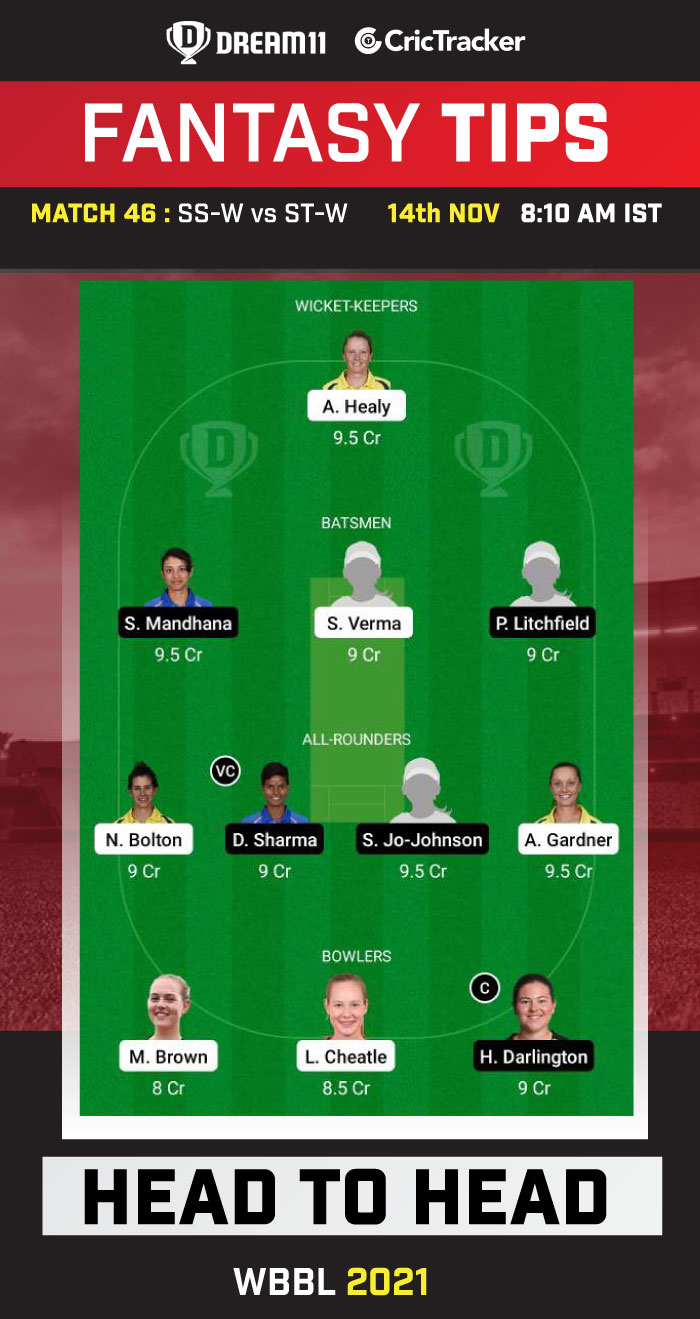 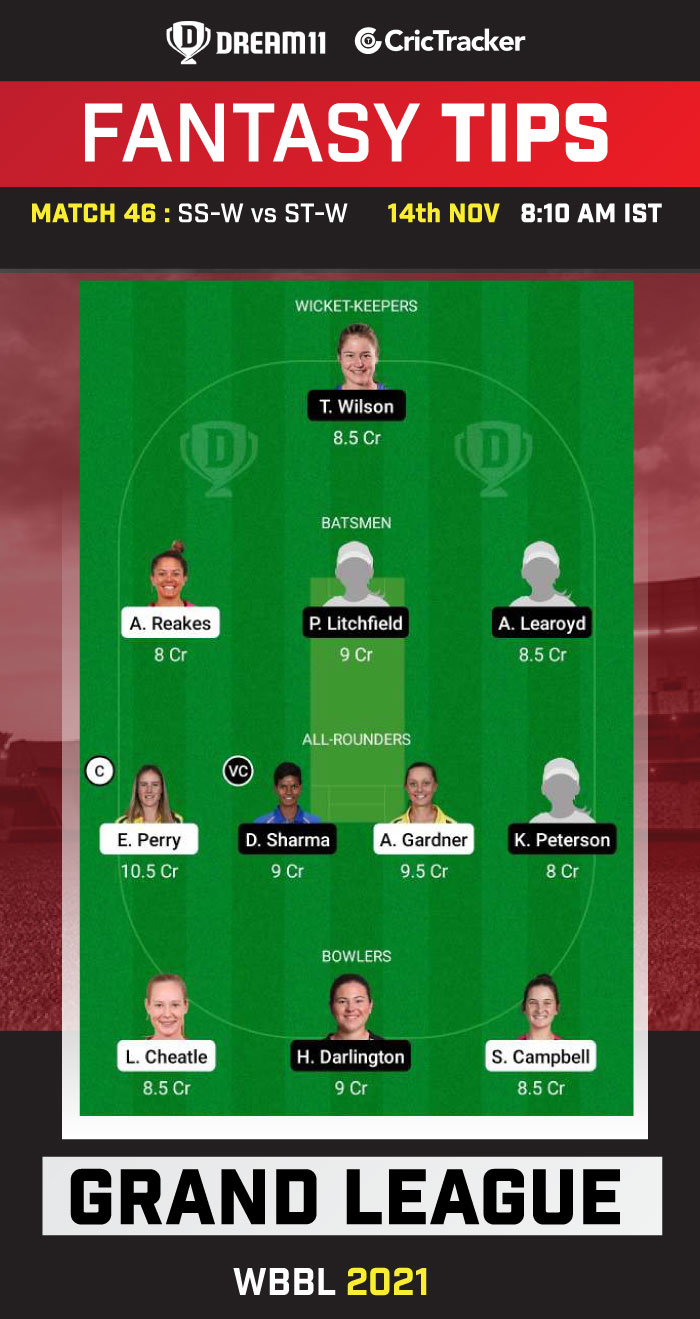