The result of this match doesn't make any difference for both sides. 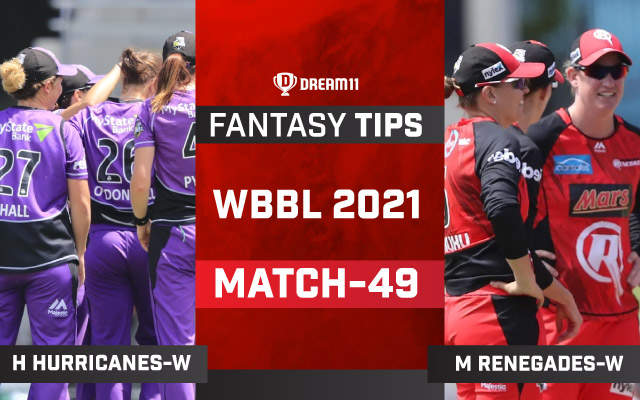 Hurricanes had an awful tournament so far where they managed to win only 3 of their 11 complete matches played and currently sit at the bottom of the table with 7 points. Melbourne Renegades, with 8 wins, 2 losses, and 2 no results placed themselves at the top of the table with 18 points. They are in a good run of form and are expected to win this match.

The surface here at Ray Mitchell Oval is unpredictable at times. Having said that, the batters have shined in the last match played here where more than 340 runs have been scored. It’s better to bat first and put runs on the board.

Mignon Du Preez has scored 277 runs in 12 matches which is the most runs scored by a batter for Hurricanes in this tournament. She is a bankable player and a must-pick for your fantasy teams.

Molly Strano is the pick of the bowler for Hurricanes Women in this tournament. She has picked up 13 wickets at an economy of 7.29 and added 116 runs in 9 innings at an average of 23.2.

Harmanpreet Kaur is in the extraordinary form in this tournament with both bat and ball. In 10 matches, she has mustered 390 runs at an average of 78 and picked up 13 wickets at an economy of 7.22. 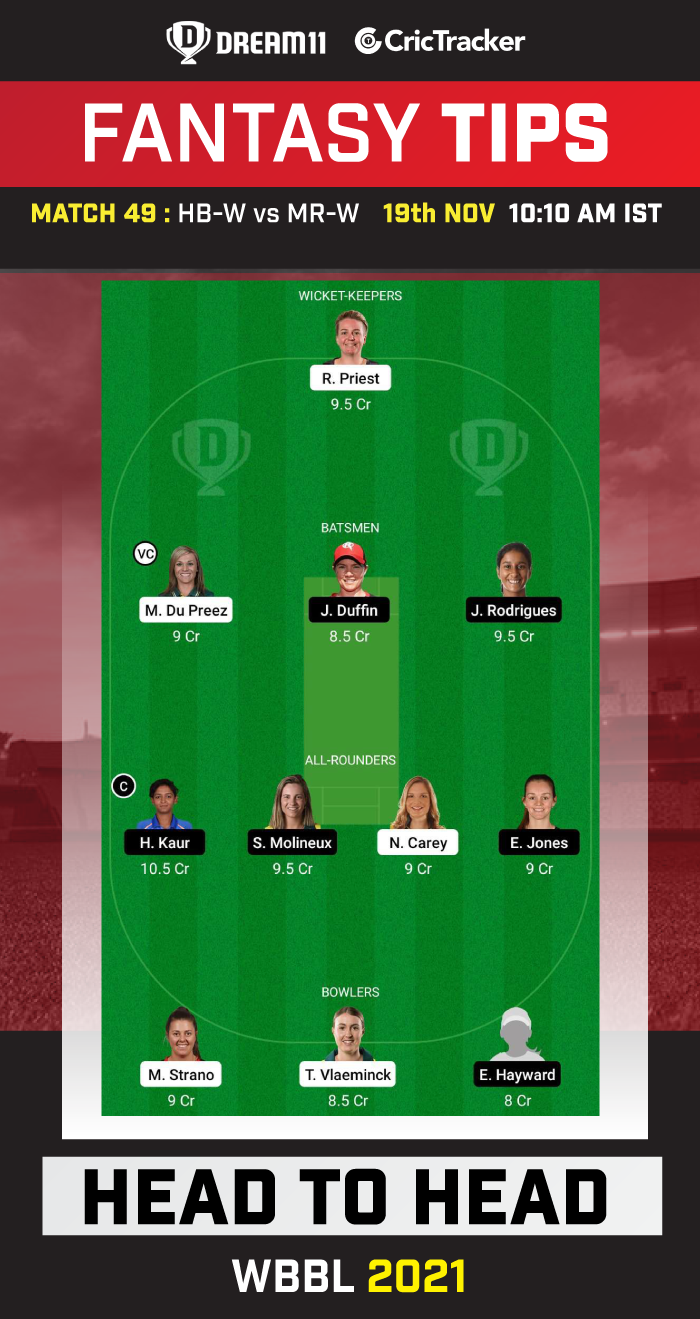 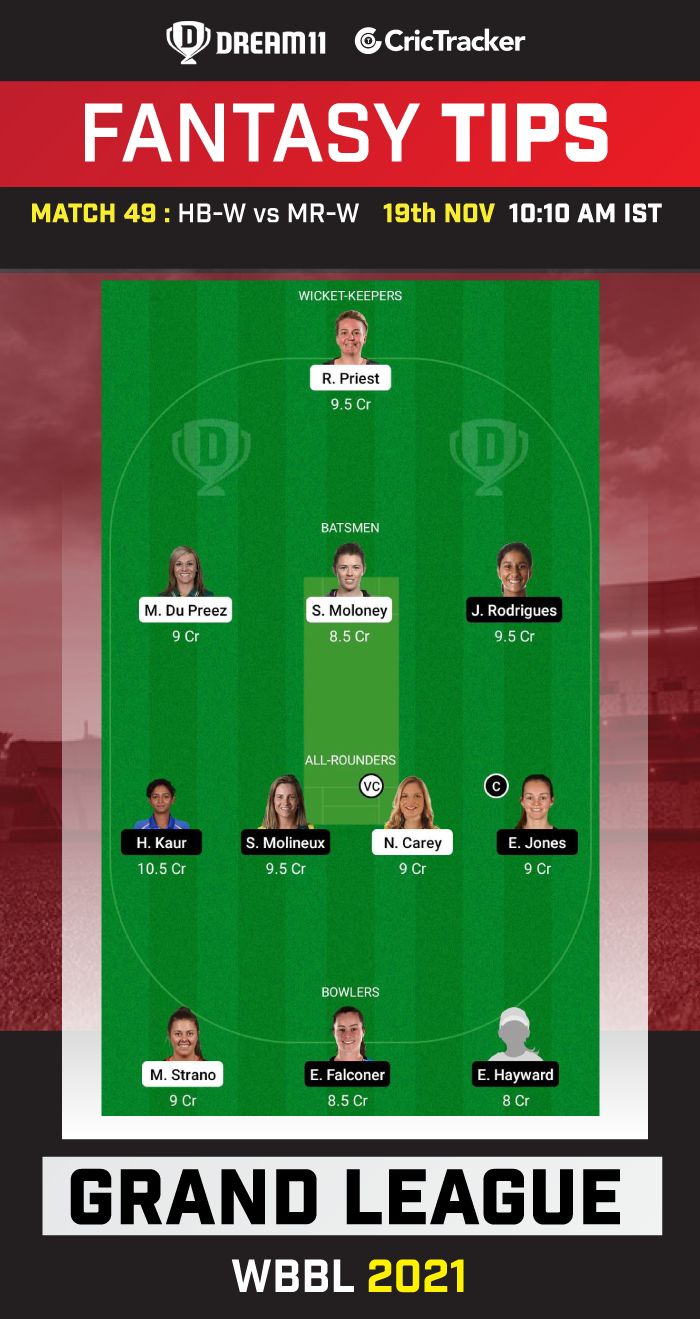 Rachel Priest is coming into this match on the back of 2 low scores against Strikers and Scorchers. Considering her current form, she is a risky captaincy pick for your fantasy teams.

Jemimah Rodrigues is the 2nd leading run-scorer for Renegades in this tournament. She has scored 295 runs in 10 matches at an average of 32.77. It’s worth a risk and you can pick her as your fantasy team skipper.

Richa Ghosh is not in the greatest of forms. She has scored only 18 runs in the last 5 matches in this tournament. You can avoid her while making your fantasy teams.