Maitlan Brown is a budget pick at 8 credits. 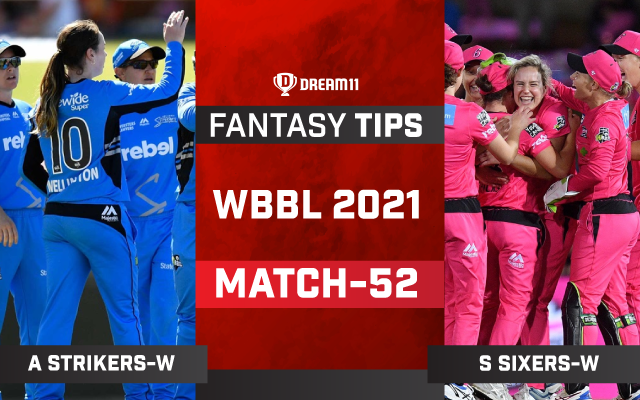 In an interesting battle, Adelaide Strikers will take on Sydney Sixers in the 52nd match of the WBBL 2021. Adelaide Strikers need to win at least one of their remaining 2 matches to cement their spot in the Semi-Finals. They have won 4 of their last 5 matches played. Currently, they placed themselves at the 4th spot in the standings with 13 points.

Sydney Sixers Women are in a spot of bother at the moment as they are almost out of the tournament. They must win their last 2 matches by a massive margin to give themselves the smallest of chances to make it to the Semi-Finals. They are pushed down to the bottom of the standings with 9 points.

The surface has produced many thrilling contests over the years. There will be equal purchases for both batters and bowlers. The outfield is very quick and the ball travels quite fast into the fence. Bowling first is a good option here.

Katie Mack is in exceptional form having scored 3 unbeaten half-centuries in the last 4 matches. Overall, in 10 innings, she has added 313 runs at an average of 52.16 with a strike rate of 114.23.

Laura Wolvaardt had a good tournament with the bat for Strikers Women. In 11 innings, she has mustered 308 runs at an average of 30.8 with the highest score of 54.

Ellyse Perry is the top run-getter for Sixers in this year’s WBBL. In 11 matches, she has scored 310 runs at an average of 34.44 and even picked up 5 wickets as well.

Ashleigh Gardner is an extremely talented all-rounder who has got huge power to clear the fence and meanwhile as the knack of picking wickets as well. In 11 matches so far in this year’s WBBL, she has scored 197 runs at an average of 19.7 and picked up 7 wickets as well.

AS-W vs SS-W Must Picks for Dream11 Fantasy Cricket: 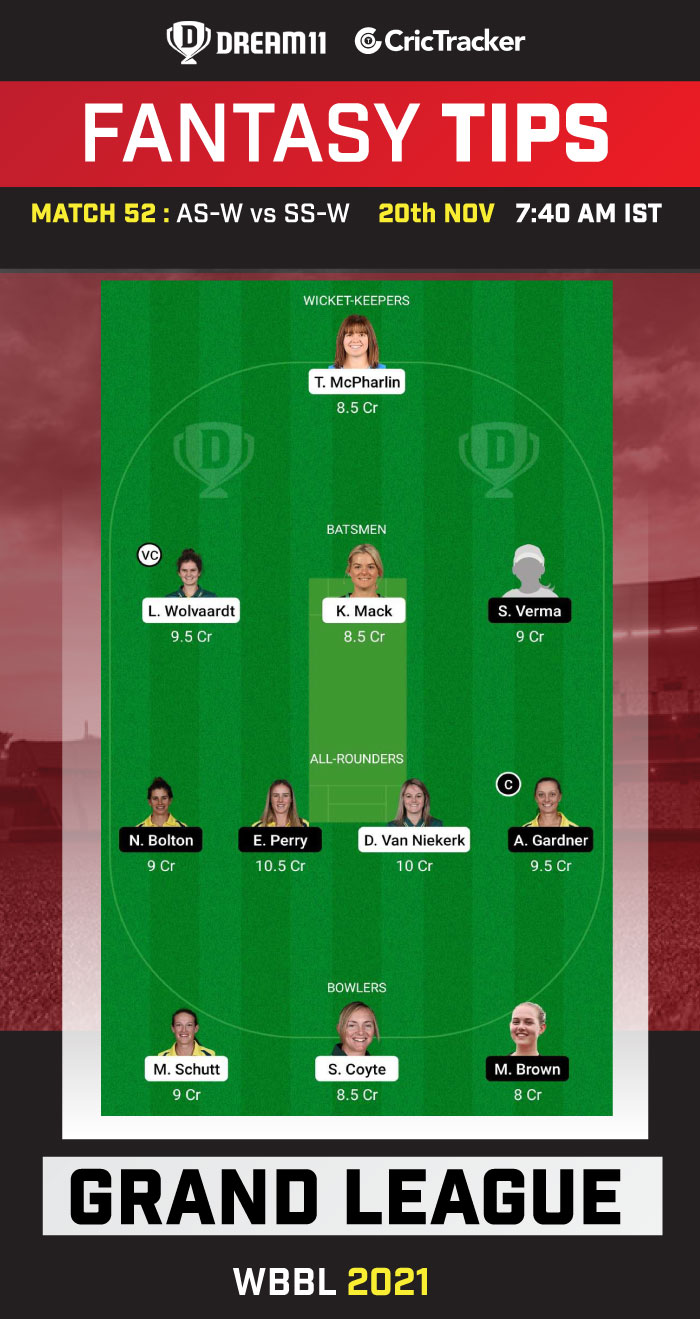 Dane van Niekerk is one of the top performers for Adelaide Strikers in this year’s WBBL. She has added 262 runs and picked up 4 wickets so far. She is a risky captaincy pick for your fantasy teams.

Alyssa Healy hasn’t played to her true potential in this tournament. In 11 matches, she has scored 214 runs at an average of 21.4. You can take a risk and pick her as your fantasy team skipper.

Stella Campbell has scalped only 5 wickets in 11 matches she has played in this tournament. It’s better to avoid her while making your fantasy teams.