Georgia Redmayne and Grace Harris are the main pillars of Brisbane Heat Women. 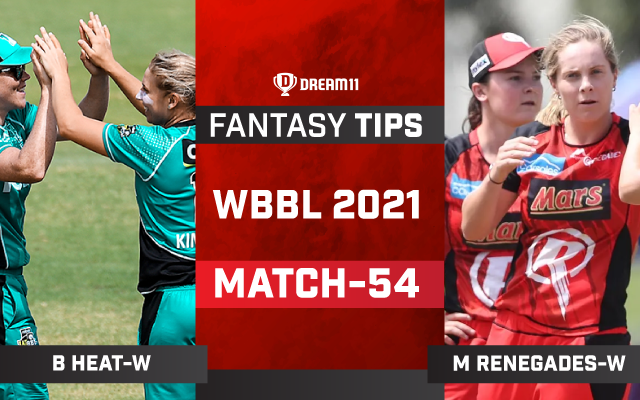 Brisbane Heat will lock horns with Melbourne Renegades in the 54th match of the WBBL 2021 on Saturday. Both sides are already made their way into the Semi-Finals and still want to keep themselves motivated for the rest of the matches and hence this game will be crucial for them. In a close contest, Brisbane Heat fell short of the target by 9 runs against Sydney Thunder on Friday. It doesn’t going to be easy for them as they take on mighty Renegades who have got real potential players.

Table-toppers, Melbourne Renegades didn’t have the greatest of matches against Hurricanes on Friday as they lost the match badly by 52 runs. It was just bad for them and they are ready to roar again against Brisbane Heat Women. They must win this match to give themselves a chance of finishing at the top of the table.

We can expect a consistent pace and bounce from the start of the match till the end. Batters can score runs easily and the bowlers need to be precise in their line and lengths. Batting first is a preferable option here.

Georgia Redmayne is a consistent performer for Heat Women. She has collected 365 runs in 12 matches in this competition at an average of 33.18 with the highest score of 64.

Harmanpreet Kaur is one of the contenders for the player of the tournament. She has been impeccable with both bat and ball. In 11 matches, she has scored 399 runs at an average of 66.5 and scalped 15 wickets at an economy of 7.39.

Jemimah Rodrigues played a massive role in the success of Renegades Women in this WBBL. She has scored 314 runs in 11 matches at an average of 31.4 with a strike rate of 116.72. 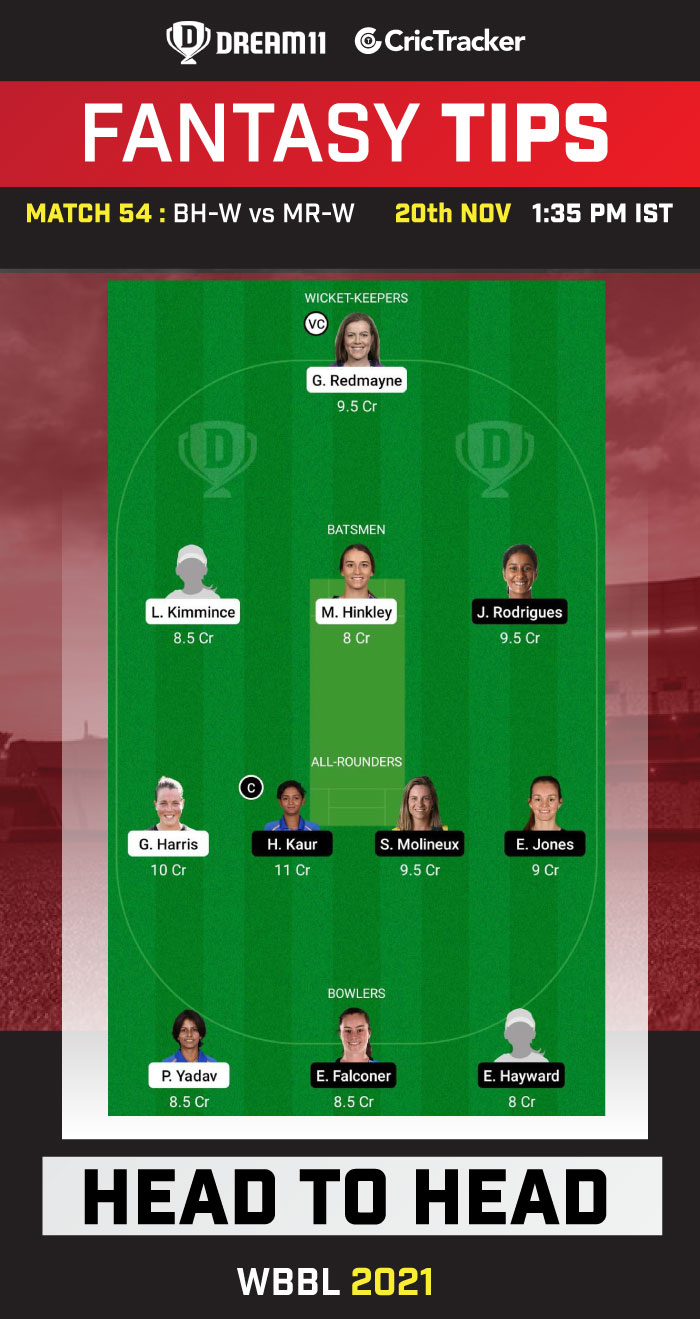 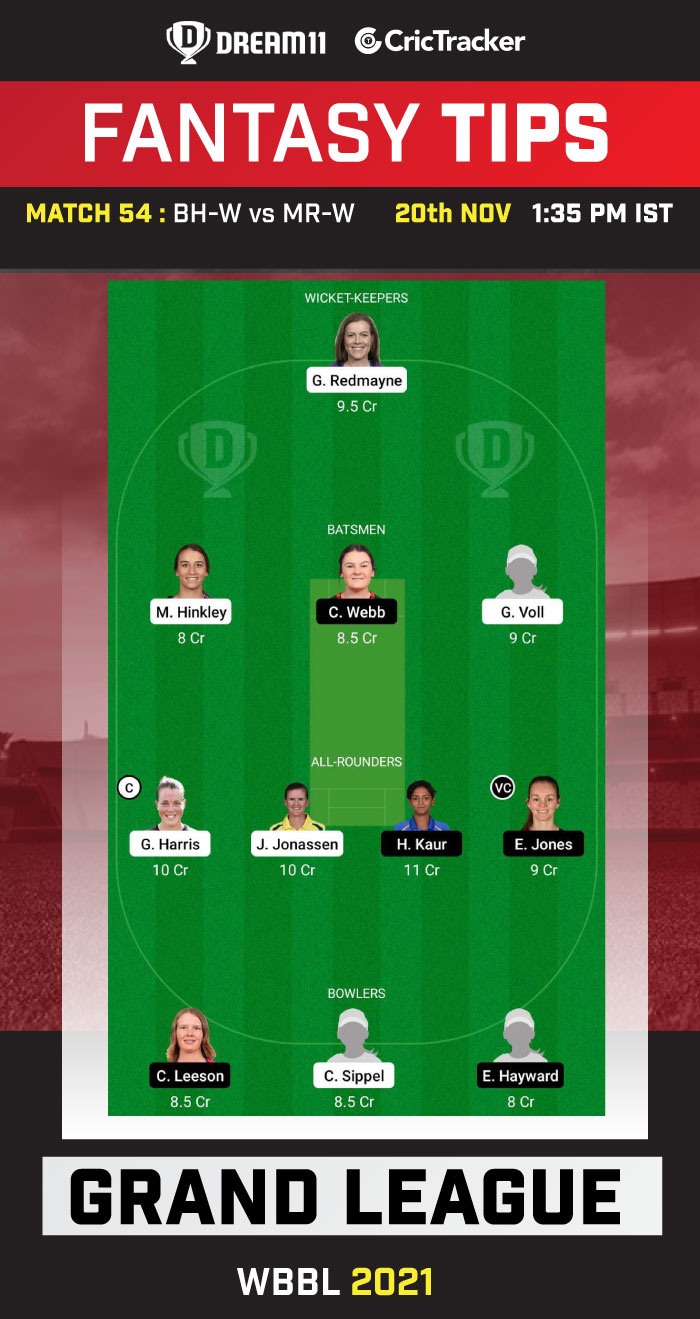 Jess Jonassen is the leading wicket-taker in this tournament, she has picked up 18 wickets in 12 matches and scored 89 runs with the bat as well. She is a risky captaincy pick for your fantasy teams.

Courtney Webb averages 17.12 with the bat in this WBBL. You can take a risk and pick her as your fantasy team skipper.

Nadine de Klerk has scored only 41 runs and picked up 2 wickets in this tournament. Considering her average performance, you can avoid her while making your fantasy teams.