Match 16 of the Rachael Heyhoe Flint Trophy will see the Western Storm side clashing with the Southern Vipers outfit. This match will take place at the Cooper Associates County Ground in Taunton.

This encounter will commence at 05:30 PM IST and can be streamed on the FanCode platform.

Two mid-table teams of the Rachael Heyhoe Flint Trophy will battle against each other in the 16th match of the tournament. The Western Storm side is placed at 6th place in the points table and has lost 2 out of the 3 matches that they have played in the tournament thus far.

On the other hand, the Southern Vipers are occupying 4th place in the points table. Central Sparks annihilated the Southern Vipers by 120 runs in the Vipers’ previous encounter, while the Western Storm side lost to the South East Stars by 6 wickets in their previous clash as well. Both teams will look to get their campaigns back on track.

Heather Knight scored an excellent 87-ball 73 against the South East Stars in Western Storm’s previous encounter. Her innings was laced with 11 fours. She will once again be looking to give a good start to her side.

Danni Wyatt scored a sedate 61 off 81 deliveries for the Southern Vipers against the Central Sparks. She will hold the key for her side in the clash against the Western Storm side. 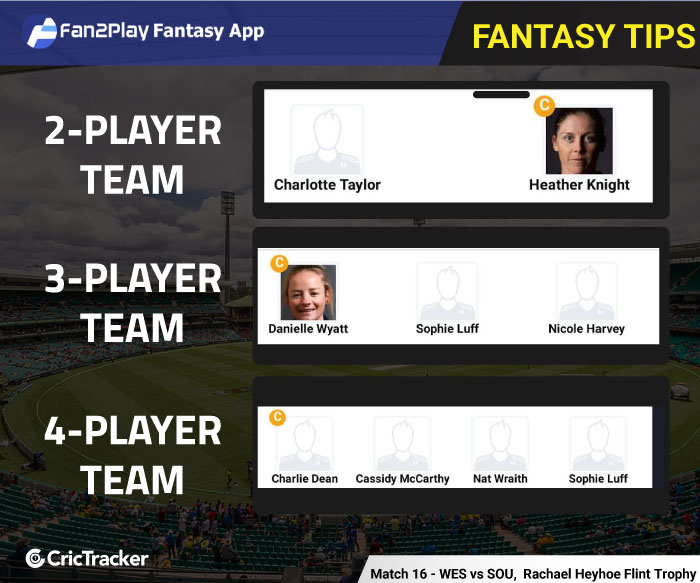 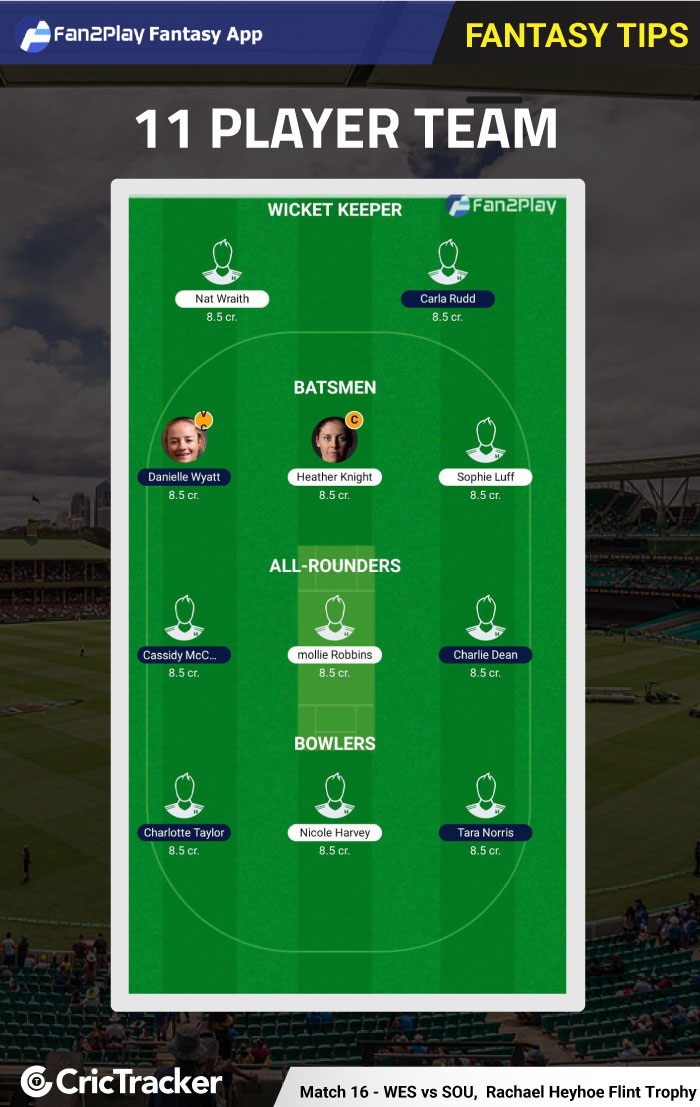