It is advisable to pick all-rounders as a multiplier in your Dream11 Fantasy teams. 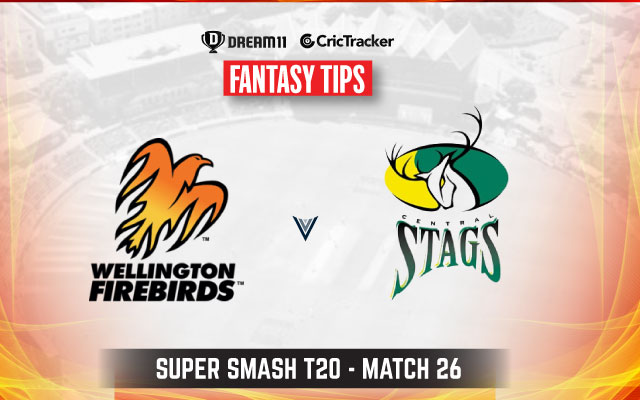 The 26th match of Super Smash 2020-21 will be played between Wellington Firebirds and Central Stags at the Basin Reserve, Wellington on Sunday.

The match is scheduled to start at 07:10 AM IST and will be streamed live on FanCode.

Wellington Firebirds will lock horns with Central Stags in the 26th match of the Super Smash. Wellington Firebirds have been the dominating force of this edition of the competition. They have won 7 out of 8 matches and are justifiably placed at the top of the points table. They won their last match against Canterbury Kings by 7 wickets and are coming into this game high on confidence.

Their opposition Central Stags fell short by just 17 runs in their last match against Auckland Aces. They are currently sitting at the second spot on the points table, having won 5 out of 9 matches they have played so far. We can witness a thrilling contest between the top two quality sides on this Sunday.

It will be a sunny day in Wellington on Sunday, with temperatures ranging around 19-23 Degrees Celsius mark and a 10% chance of precipitation.

The track here at Basin Reserve is a balanced one. Chasing would be preferable at this venue as the wicket gets better to bat on as the match progresses.

Doug Bracewell is in brilliant form with both bat and ball in this season so far. He has scored 155 runs at an average of 52 and also picked up 10 wickets in 10 matches.

George Worker is the highest run-scorer of the tournament so far. He has scored 369 runs at a brilliant strike-rate of 146 in his 8 outings.

Finn Allen is just below George Worker in the top run-scorers’ list. He has scored 357 runs at an outstanding strike-rate of 187 in 8 matches.

Blair Tickner has been in brilliant form with the ball in this season. He is the highest wicket-taker of the tournament so far. He has scalped 14 wickets in eight matches at an economy rate of 7.5 runs per over.

Hamish Bennett is in decent form with the ball in this season. He has picked up 10 wickets in 8 matches that he has played for the Wellington Firebirds. 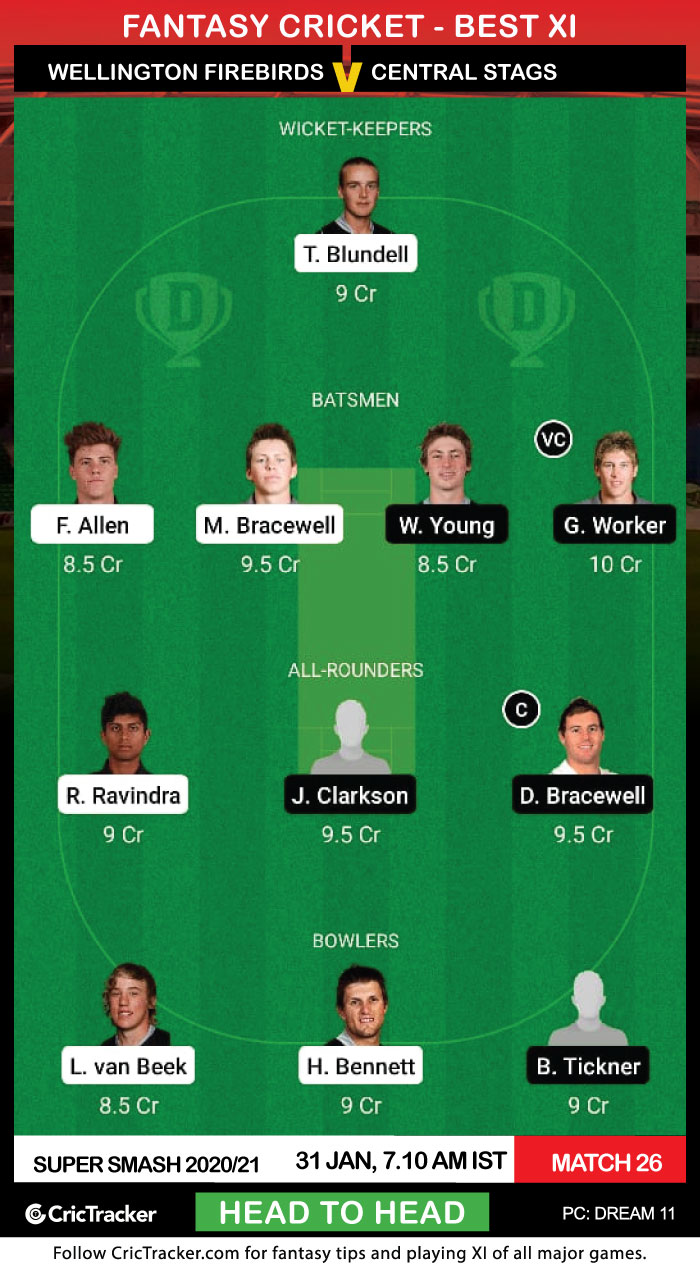 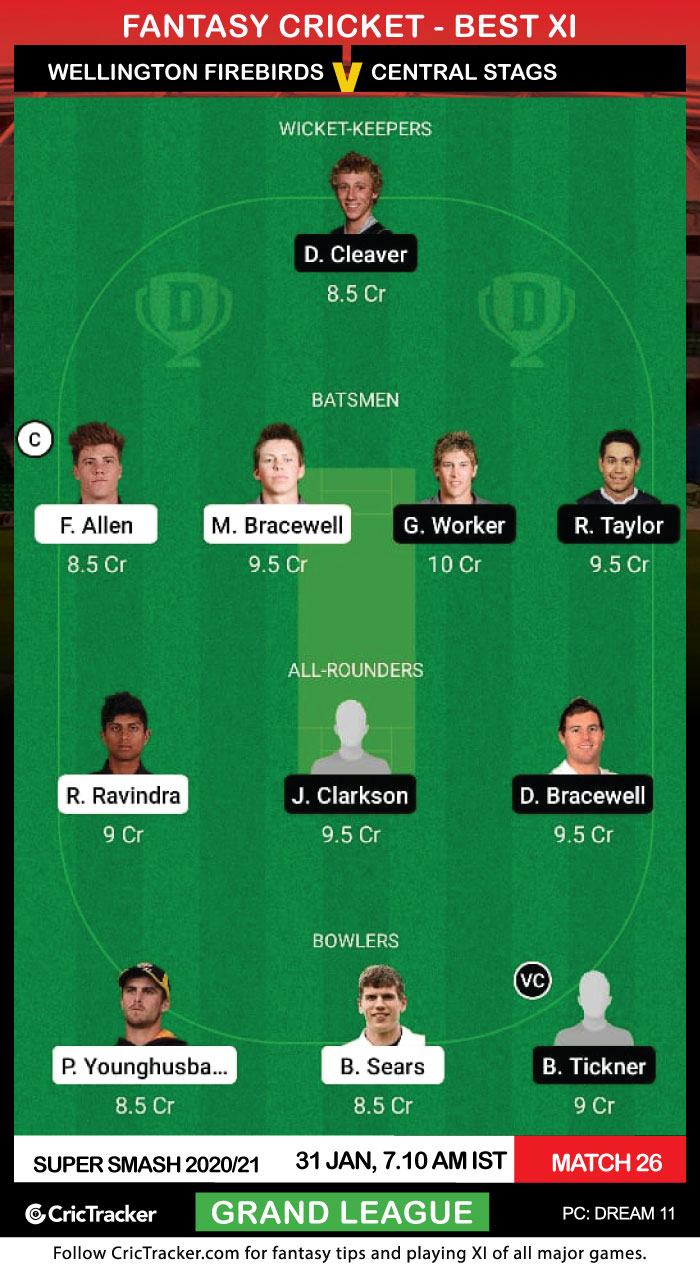 It is advisable to pick all-rounders as a multiplier in your Dream11 Fantasy teams, as they can get you some crucial points with both bat and ball.