Heading into this game, both the teams will look to continue their winning momentum.

Wellington Firebirds and Central Stags will face each other in Match 6 of the New Zealand Men’s T20. The former won their previous game by 22 runs to kick start their campaign on a positive note. The team defended a total of 178 to register a win.

Central Stags on the other hand also won their first game of the tournament. The team chased down 185 runs to win the game by five wickets. Heading into this game, both the teams will look to continue their winning momentum.

Seamers might get some good help on this surface initially. On winning the toss, batting first can be a good option on this deck.

Finn Allen was impressive for the team in the last game. He hit a belligerent half-century in the team’s opening fixture and will be determined to perform for the side. He can be a good pick for this game.

Michael Bracewell picked up three wickets in the previous game. He will have his spirits high to make a larger impact on the side. He can be the other good player to bank on for this game.

Dane Cleaver was exceptional for the side in the last game. He hit an impressive century in the previous match and will de determined to take the good momentum further in the league. 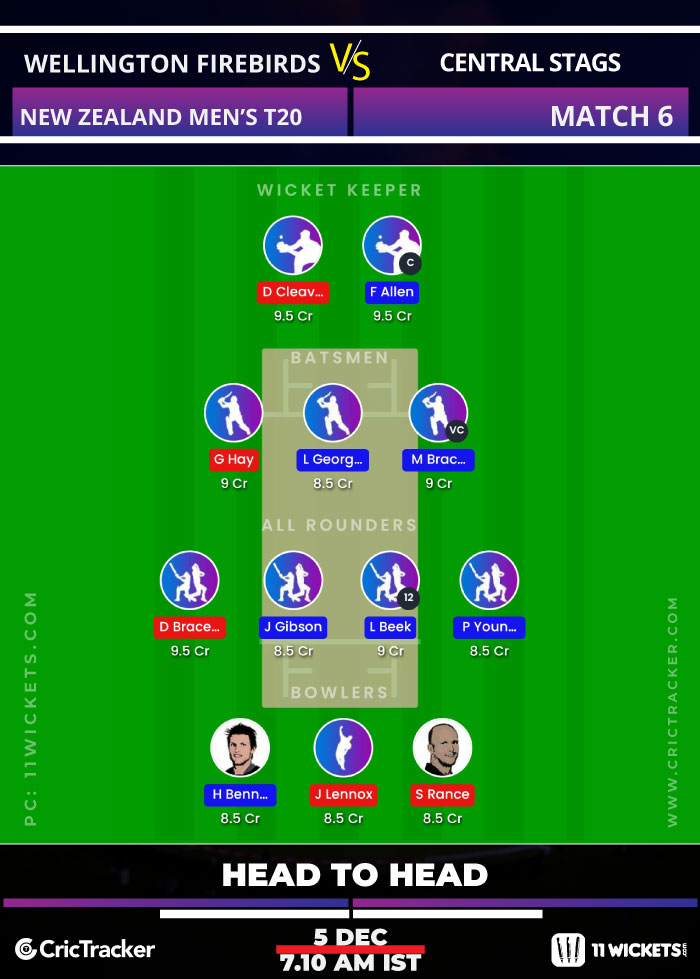 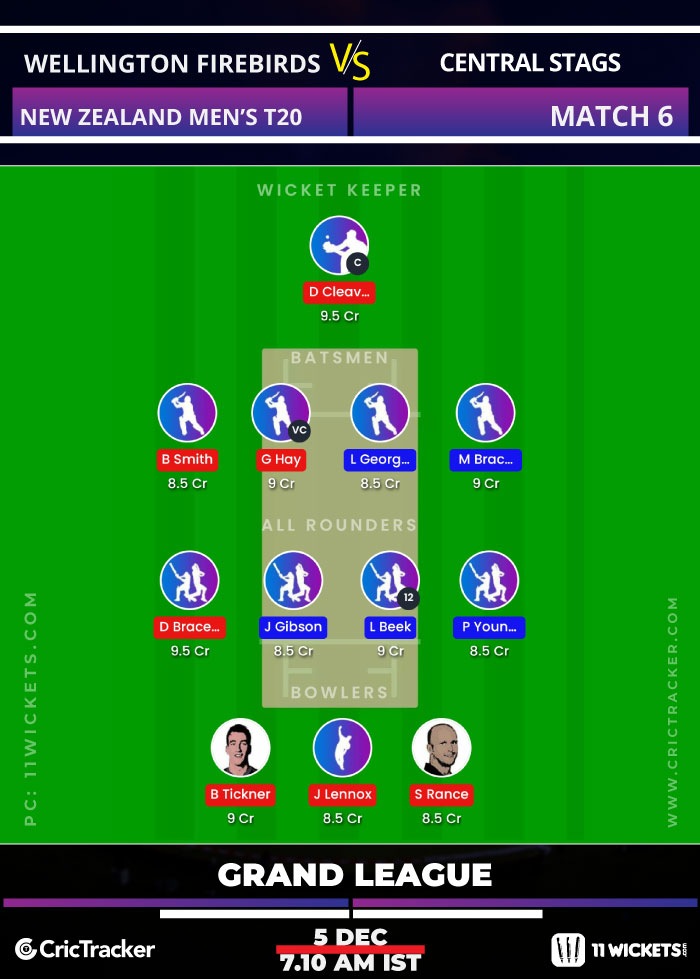