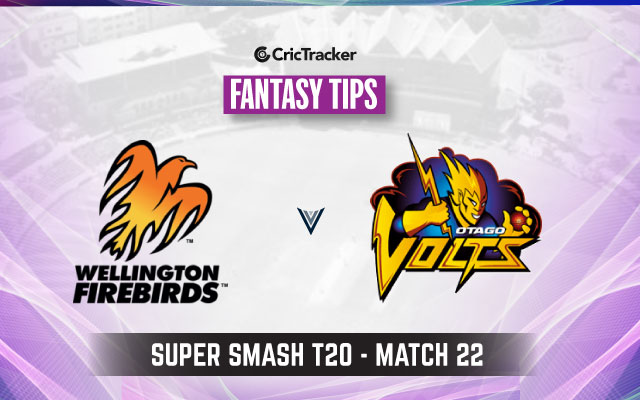 The 22nd match of the Super Smash 2010-21 will be played between the Wellington Firebirds and the Otago Volts at the Basin Reserve, Wellington.

The 22nd match of the Super Smash season will see the Wellington Firebirds face the Otago Volts at the Basin Reserve. The Firebirds lost their previous game against Canterbury but they are in a decent position in the tournament. The Otago side, on the other hand, are at the fifth place in the points table having won only two out of six games so far. They would want to make this game count and earn crucial points.

The sun will be brimming on Sunday in Wellington while the temperature will be around 20-21 Degrees Celsius.

It is a brilliant pitch to bat on at the Basin Reserve and with small boundaries, runs galore here. The team winning the toss is expected to chase.

Finn Allen has scored 349 runs at an average of more than 87 so far and is definitely your top pick for this match. Michael Bracewell has mustered 99 runs and has also picked four wickets. Devon Conway has 143 runs to his name at an SR of more than 120. Neil Broom has scored 191 runs so far while Kitchen has also scored 124 runs apart from picking up two wickets. 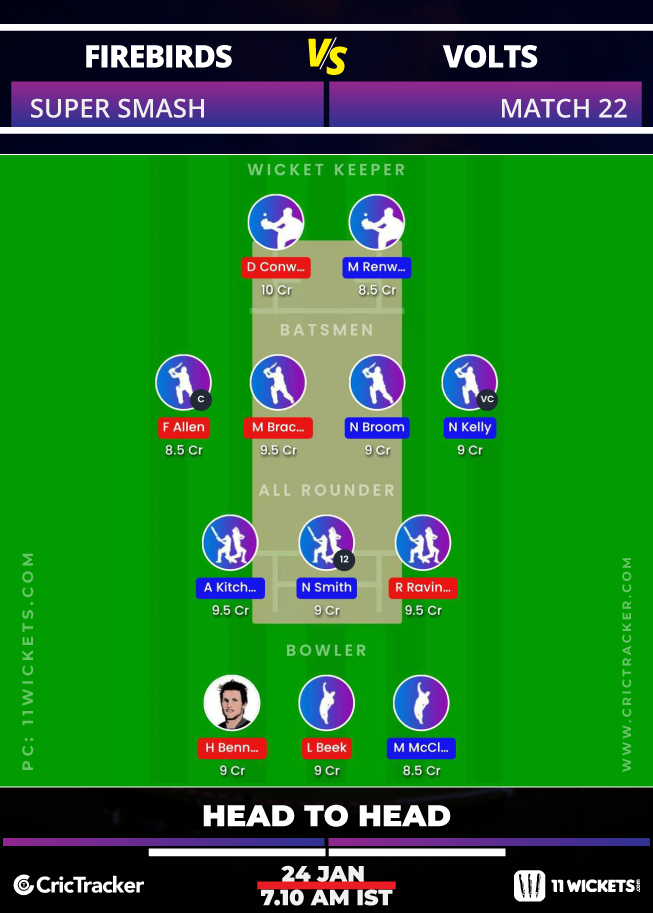 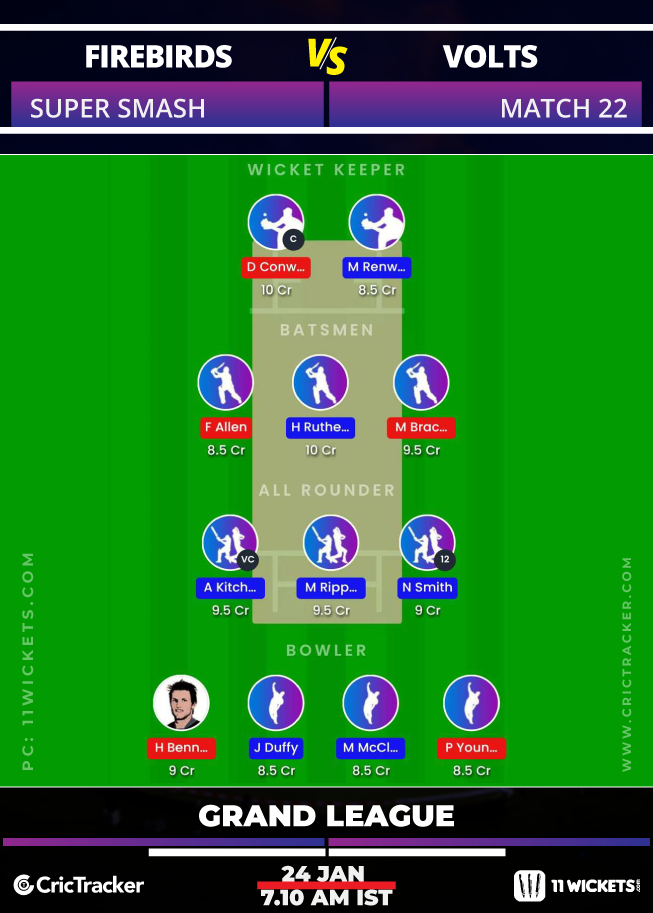 Finn Allen is the second-highest run-scorer of the season so far. It would be wise if you make him C or VC of your Fantasy team.