Both sides were outstanding with the ball in the series opener and now it's for them to show their batting skills.

West Indies U19 will take on the South Africa U19 in the second of the 4-match Youth ODI series on Tuesday. In a low-scoring encounter, hosts West Indies U19 didn’t manage to chase 146 runs in the 1st game of the series and lost the match by 18 runs. The bowlers did their best, but lack of application from the batters cost the match for them.

South Africa U19, on the other hand, are proud of their performances as they sealed the 1st Youth ODI by 18 runs. They were excellent in the field and didn’t allow the runs to flow easily. Now they are leading the series 1-0 and are hopeful of making it 2-0.

West Indies U19 vs South Africa U19, 2nd Youth ODI

Arnos Vale Ground, Kingstown has hosted 23 ODIs so far to date, and the average 1st innings score here is 200. The batters need to work hard for each and every run here. Whoever wins the toss should bat first.

Giovonte Depeiza was the top run-scorer for West Indies U19 in the 1st Youth ODI of the series. He scored quickfire 39 runs from 33 balls, which included 4 fours and 3 sixes.

Anderson Mahase bowled one of the best spells of his career in the 1st game of the series. He picked up 4 wickets at an economy of 3.3.

Jade Smith provided a strong foundation up front for South Africa U19. He scored 34 runs from 43 balls, which included 3 fours and 2 sixes.

Dewald Brevis is a valuable addition to your fantasy teams. He scored 14 runs and picked up 3 crucial wickets in the opening game of the series. 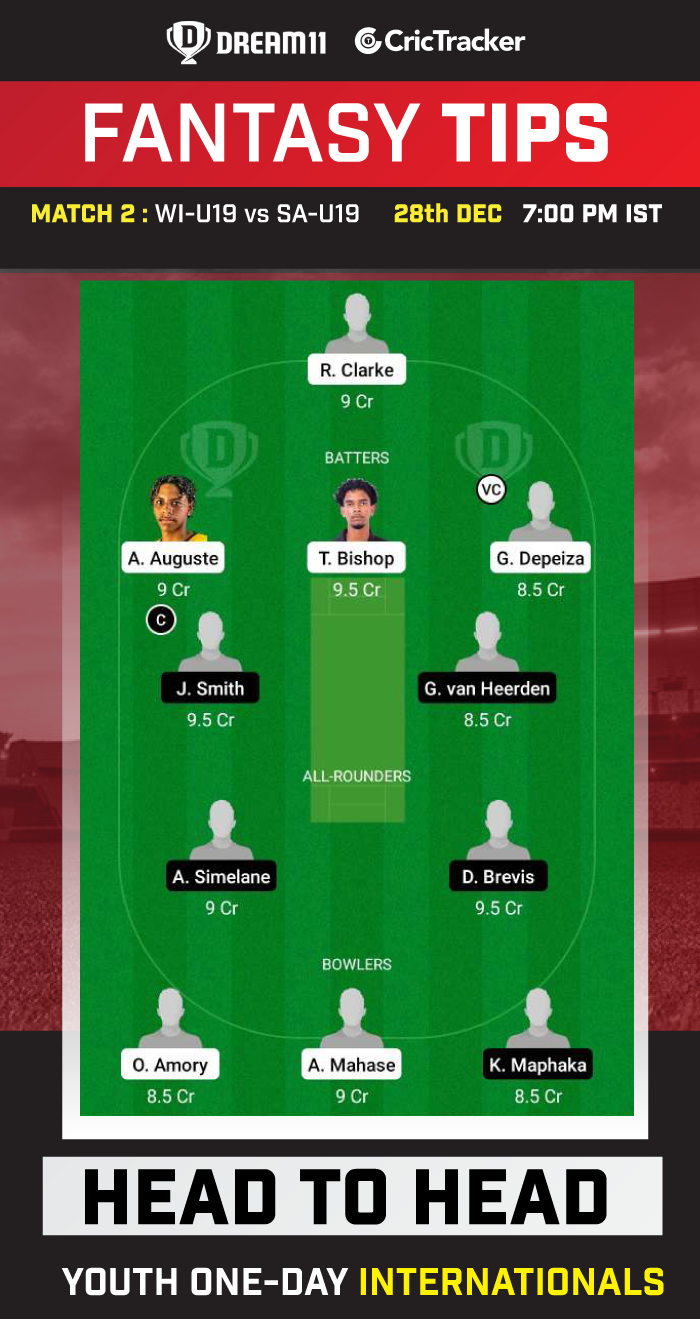 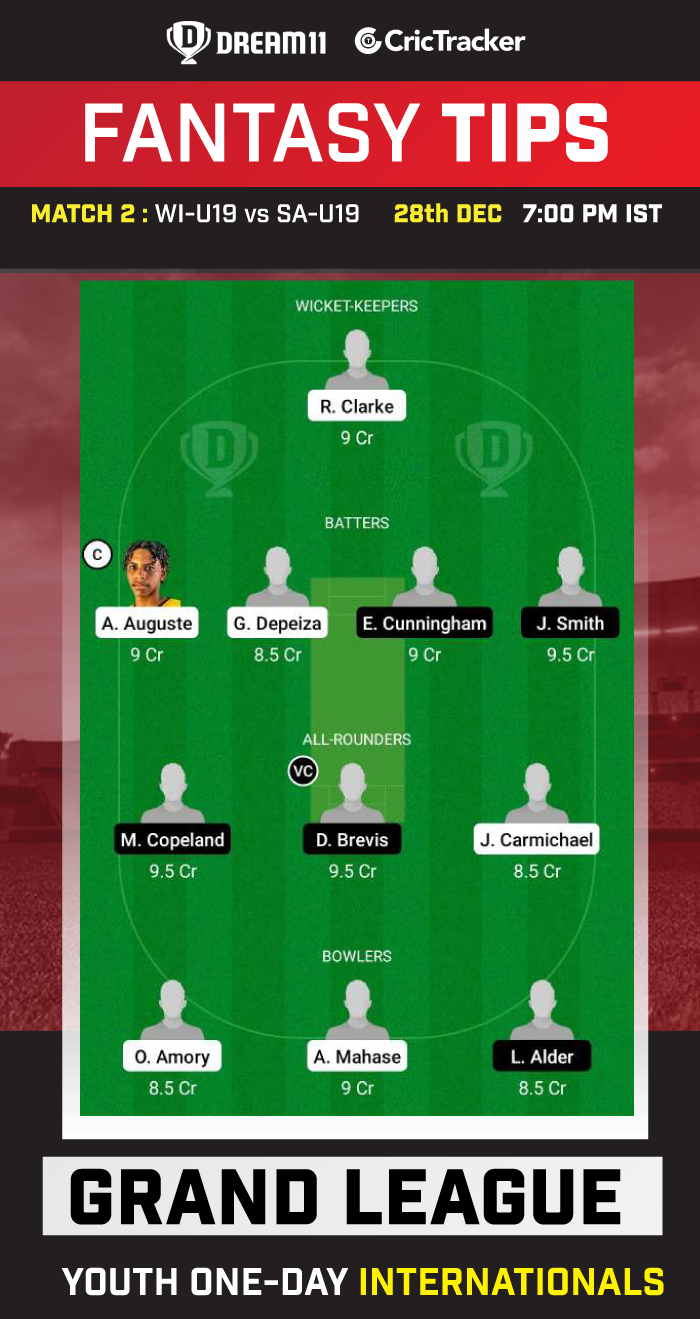 West Indies U19 are expected to win this match.