West Indies would head into this game with a winning momentum on their side and will look to clinch the series. 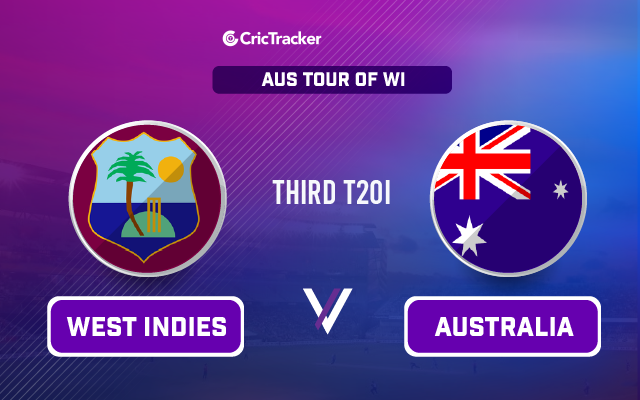 West Indies and Australia will battle it out against each other for the 3rd T20I on 13th July. The hosts have been clinical in the series as they have displayed some great character to take a lead of 2-0 in the five-match T20I series. They would head into this game with a winning momentum to their side and will look to clinch the series.

Australia seems to have many holes in their ship. The team will be keen to right the wrongs and make a comeback in this game. Thus, it is going to be an interesting encounter to watch out for.

It seems to be a good pitch to bat on. The ball comes quite easily on the bat as it is a dry surface. Batting first and putting on a good total can be a good choice on this surface, as West Indies have won both the games defending the totals.

Mitchell Marsh has held the fort for Australia in both games. He scored two back-to-back half-centuries in both the T20Is. He would be determined to perform in this game as well and can be a good pick.

Hayden Walsh Jr has been instrumental for the West Indies. In the last encounter, he picked up 3 wickets and ran through the middle order of Australia. In the first T20I as well, he scalped 3 wickets at an economy rate of 5.75.

Dwyane Bravo hit an impressive 47 in the last game, which allowed West Indies to post a total of 196 on the score-board. He has the flair to contribute with both the bat and ball and can be a good player to bank on. 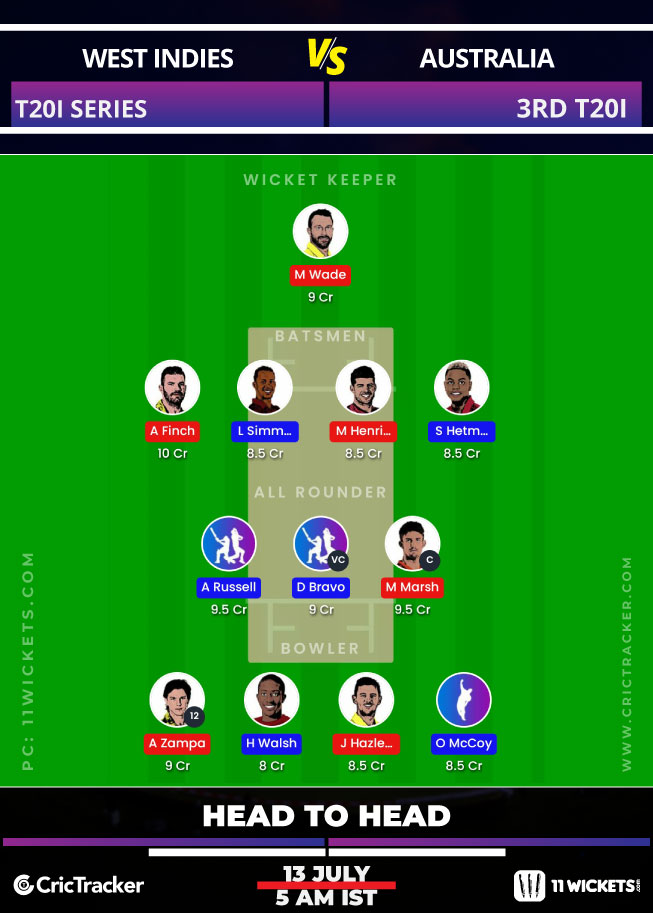 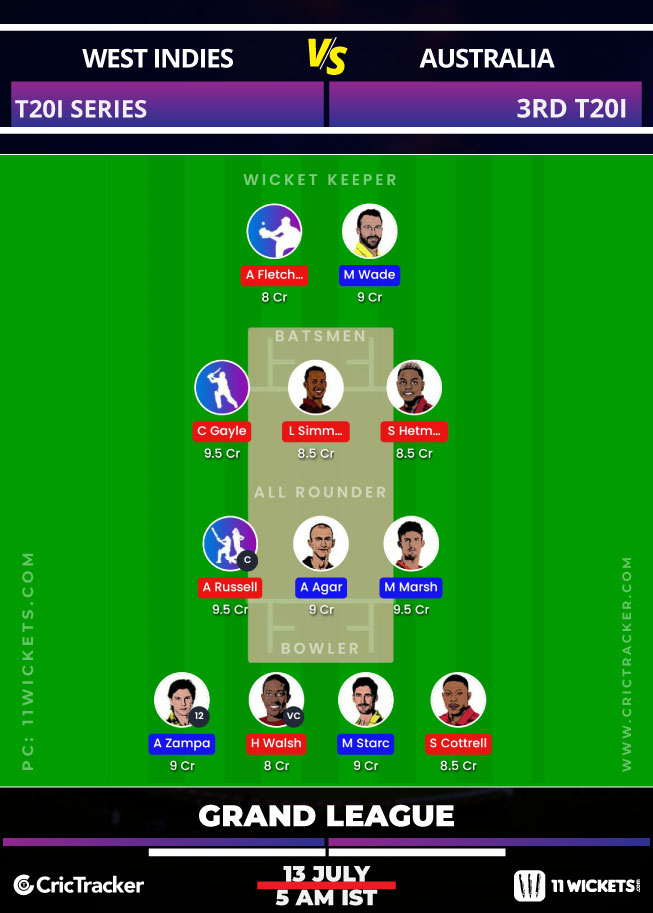