Hayden Walsh has been extremely impressive in the series so far. 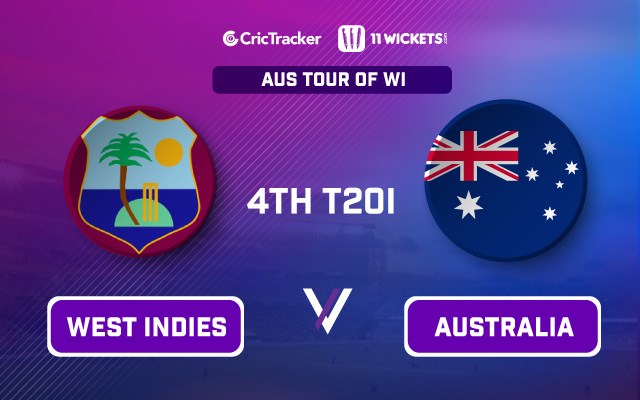 West Indies and Australia will lock horns for the 4th T20I on 15th July (Indian Time). West Indies have exuded their sheer dominance in all the games of the series so far. They have displayed some splendid performances against the Australians, and after winning the third T20I, they have clinched the series quite dominantly.

As for Australia, they have struggled to make a mark and bounce back in the series. This would be a testing time for them as they will be keen to register their first win in the series, in order to avoid a possible whitewash.

The pitch looks like a good surface to bat on as it is a dry surface. The ball seems to come on the bat easily. Putting a good total on the board first could probably be a good option.

Also Read: I feel disappointed that people are not able to manage Kuldeep Yadav: Mohammad Kaif

Hayden Walsh has been extremely impressive in the series so far. In all three encounters, he has scalped crucial wickets for the team. In the last game too, he was clinical with the ball, as he clinched 2 wickets at an economy rate of 4.50. He would be keen to continue his good form.

Though Chris Gayle struggled in the initial games, the T20 batting maestro has seemed to get the impetus in the previous game. He hit a belligerent 67 to help Windies chase the target easily and also clinch the series.

Riley Meredith picked up 3 wickets in the 3rd T20I for Australia. Heading into this game, he will be an important asset for the game to help Australia register their first win in the series. His contributions to the ball would be crucial for the visitors. 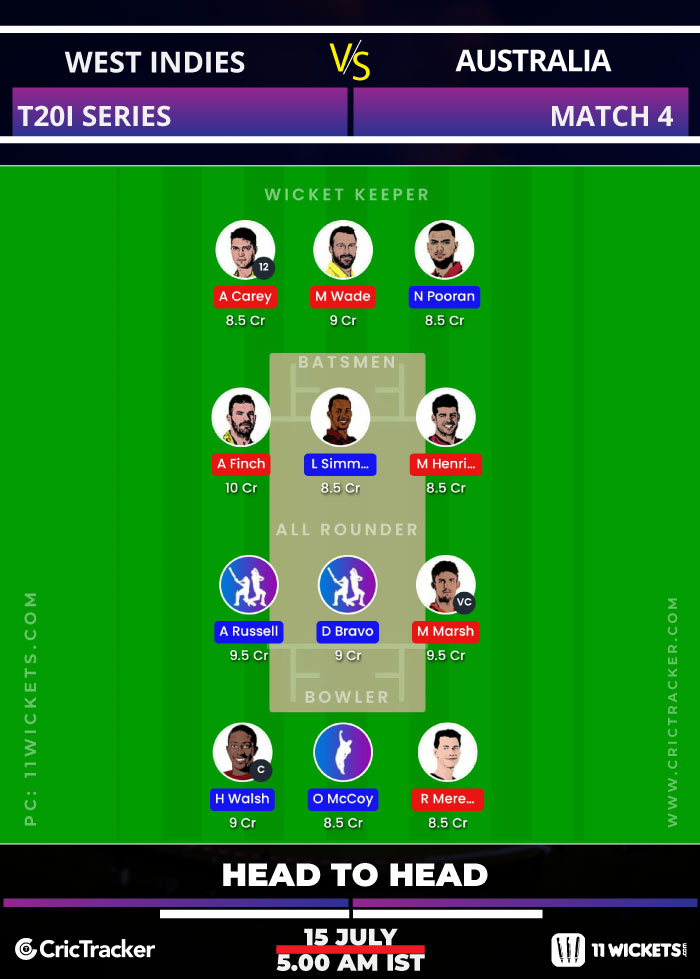 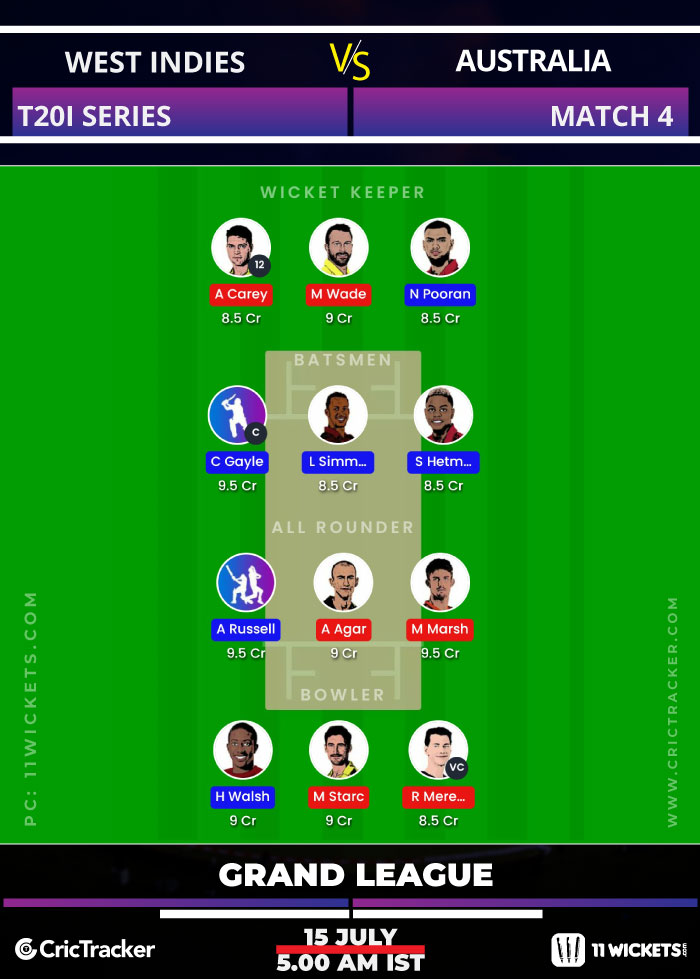