Heading into this encounter, Australia will look to secure another win and wrap up the series on a positive note. 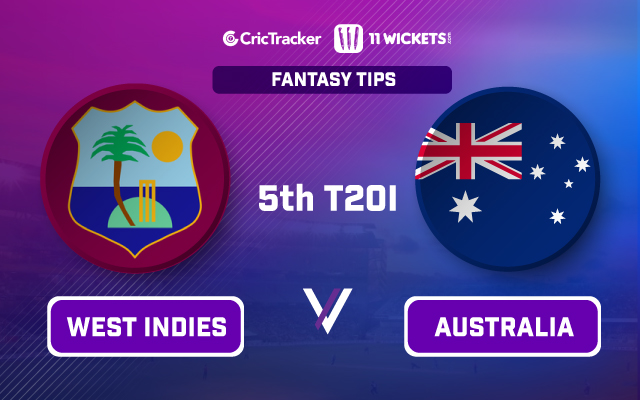 West Indies and Australia will battle it out against each other in the final T20I on Saturday, July 17. West Indies have dominated the visitors by clinching the series. They have been impressive in the series with their all-around performances.

Australia, however, registered their first win in the series in the 4th T20I. Heading into this encounter, they will look to secure another win and wrap up the series on a positive note.

The surface seems to be a batting-friendly one. It probably would assist the pacers with the spinners coming in the game in the middle-overs.

Hayden Walsh has been extremely impressive with the ball for West Indies in the series so far. In the last encounter as well, he picked up 3 wickets. Owing to his performances in the series, he is a must-pick.

Mitchell Marsh has stood out for Australia in the series. Though the team has struggled, he has made some vital contributions. In the 4th T20I, he hit 75 runs and also picked up 3 wickets.

Lendl Simmons scored a belligerent 72 in the 4th T20I. The flying start from him would help the team to dominate. He would be determined to carry the form from the last game. 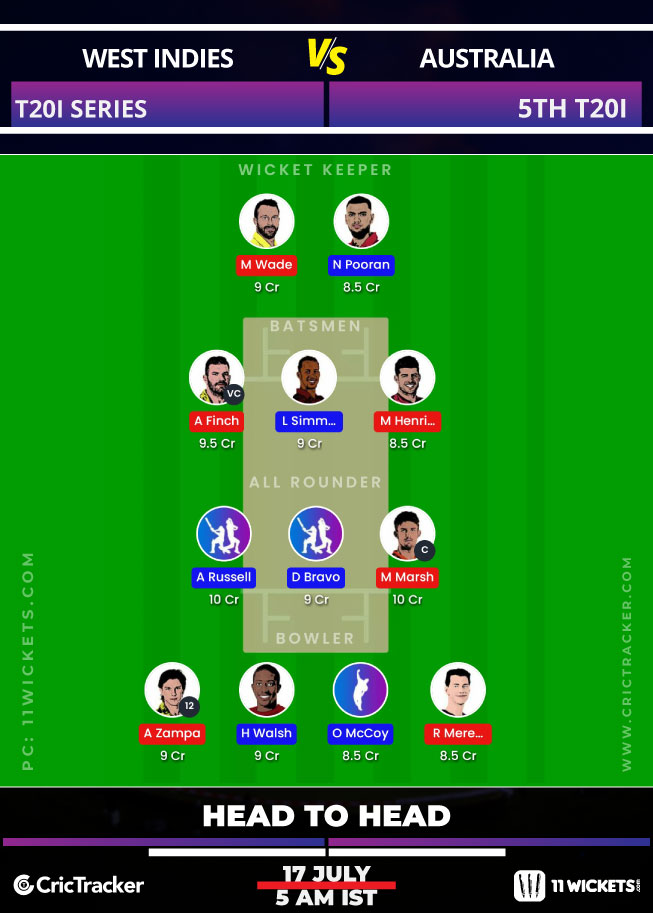 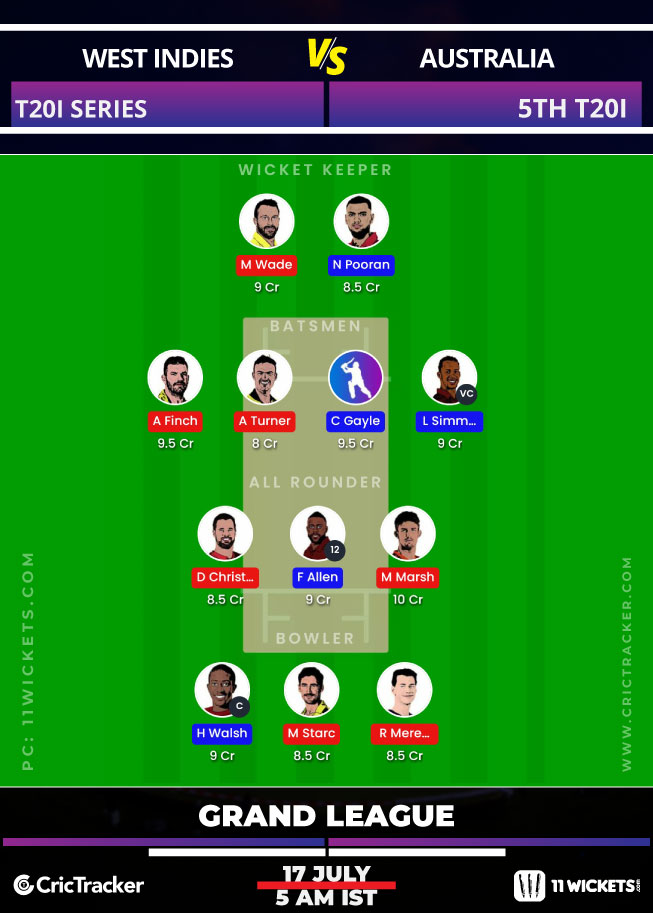