Shai Hope is a good captaincy pick for this game. 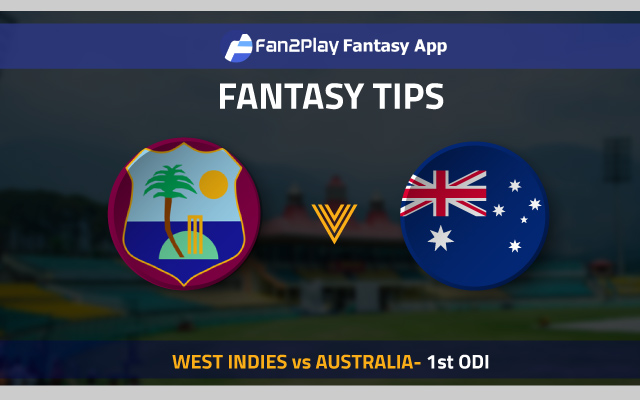 West Indies will host Australia in the 1st ODI of the three-match series. The venue for this encounter will be the Kensington Oval in Bridgetown.

After clinching the T20I series 4-1, West Indies would like to continue their sensational run in ODIs. On the other hand, Australia would be planning to change their fortunes. After all, this tour of Caribbean Island has been dreadful for them so far. Although the visitors put up some commendable performances, they weren’t able to perform as a unit.

With big guns like David Warner, Steve Smith, and Pat Cummins not in mix, Australia already had a depleted squad and now, they have been dented more with skipper Aaron Finch ruling out of the first ODI. Alex Carey will lead the Aussies in his absence. Hence, all the odds are in the home team’s favour and they would be determined to shine in the ODI leg as well.

Captaincy Picks for WI vs AUS:

Although Hope didn’t feature in the preceding T20I series, West Indies would be counting on him to shine in the ODIs. The opener has been exceptional in the 50-over and his numbers speak it all. Hope averages over 50 in ODIs and also has 10 centuries under his game. Not to forget, he can also contribute with his wicket-keeping prowess.

Marsh will be the man to watch out for from the Australian camp. The all-rounder enjoyed a sensational run in the T20I leg, scoring half-centuries in three of the five games. He also picked up some crucial wickets and West Indies must be aware of him. 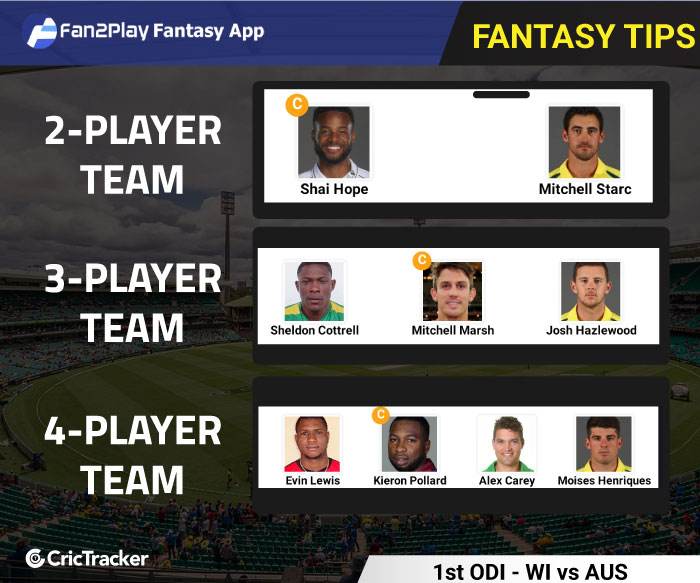 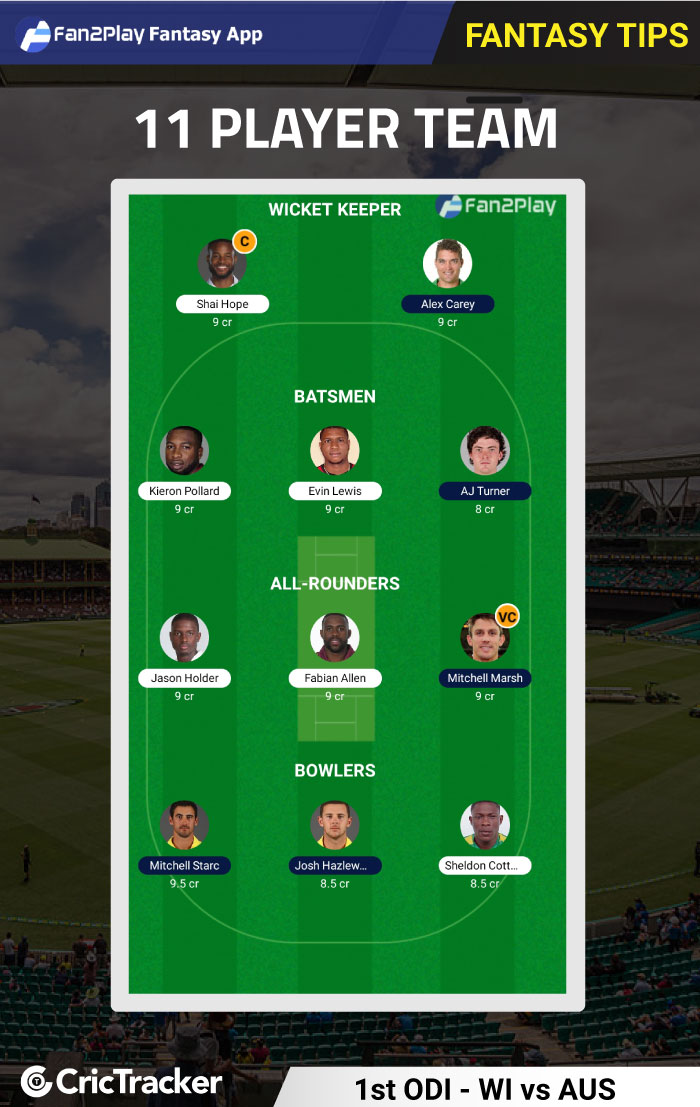