Chris Gayle is a good captaincy pick for this match.

West Indies will do battle against Australia in the 4th T20I. The venue for this encounter will be the Daren Sammy National Cricket Stadium in St.Lucia.

Going into the 4th T20I, the West Indies are the favourites to take a 4-0 lead. Meanwhile, the Aussies will be looking to get back to winning ways against a formidable-looking West Indies side.

Captaincy Picks for WI vs AUS

Chris Gayle proved how destructive he can be in the 3rd T20I against Australia. In a 38-ball knock, Gayle blasted 67 runs. He was in vintage form, as was evident from the fact that he hit 7 sixes in his innings. If the ‘Gayle storm’ arrives in the 4th T20I as well, then the Australian side will be blown away.

Even though he was on the expensive side, Riley Meredith scalped 3 out of the 4 West Indian wickets to fall in the third T20I. Meredith has pace, and can also get extra bounce off the deck as well. 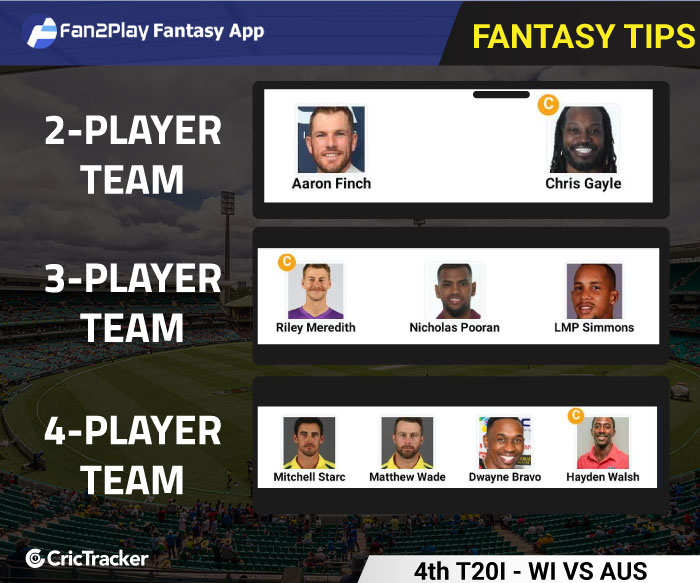 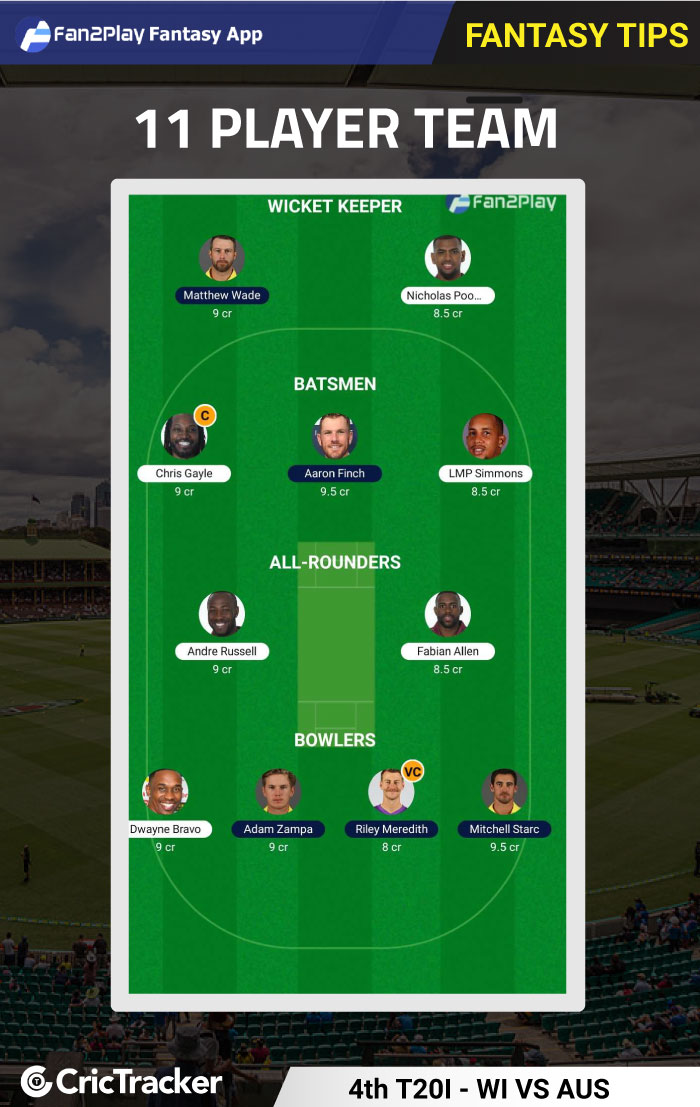