Jason Holder has been named as a replacement for injured Obed McCoy. 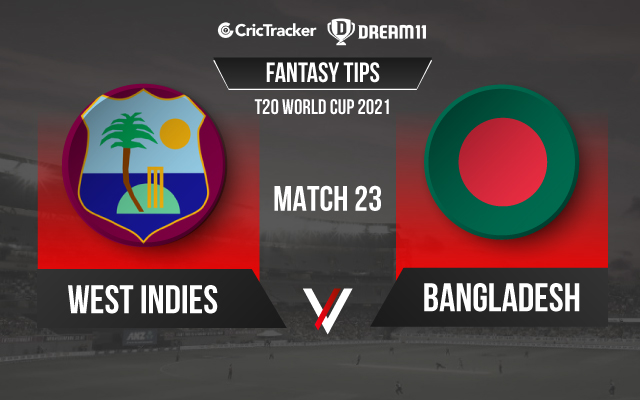 West Indies will take on Bangladesh in the Group 1 Contest of the T20 World Cup 2021 on Friday. Both sides are searching for their first win in this group, as they have lost two back-to-back matches. Defending champions West Indies are in deep trouble at the moment, failing to score runs in every game, despite having plenty of big hitters in their line-up. They lost to South Africa in their last outing by 8 wickets with 10 balls still left in the match.

Bangladesh, on the other hand, didn’t look comfortable at all against England in their last outing , here they managed to put up only 124 runs on the board, which is not enough to defend against the world-class batting line-up of the Three Lions. They eventually lost the match by 8 wickets. Shakib Al Hasan has been short of runs in the last couple of matches, which is a worrying sign for the Bangla Tigers. It’s a must-win game for both teams to stay alive in the contest.

The wicket here at Sharjah is on the slower side and varying the pace will be key for the bowlers. The batters need to use their skills more, rather than going for the fancy strokes. Going with the present scenario, even the score of close to 150 is a match-winning one.

Also Read: 5 Players who can lead Ahmedabad in IPL 2022

Evin Lewis provided a solid start in the last match against South Africa. Including 3 fours and 6 sixes, he smashed 56 runs from 35 balls.

Naim Sheikh got out for a low score in the last match against England. However, he has scored 131 runs in 4 matches in this World Cup at an average of 32.75.

Andre Russell is struggling to score runs in this World Cup. He has scores of 0 and 5 in the last 2 matches and also went wicketless. However, Russell is known for making comebacks and you can back and include him in your fantasy teams.

Shakib Al Hasan can make the most of the conditions here in Sharjah, as there will be plenty of assistance for the spinners. Bangladesh’s number 1 all-rounder across all formats is a must-pick for your fantasy teams in this match.

Akeal Hosein is the go-to go bowler for skipper Kieron Pollard. He is bowling a flat trajectory and causing problems with his variations. In 2 matches in this World Cup, he has picked up 3 wickets at an economy of 6.37.

Nasum Ahmed will be handy on the turning surface here at Sharjah. He has scalped 3 wickets in 2 matches so far in this World Cup, with the best figures of 2 for 29.

Mushfiqur Rahim plays according to the situation. He was going well in the last match against England and got out by playing an unnecessary stroke when he was batting on 29 runs. Overall in 5 matches, in this World Cup, he has scored 135 runs at an average of 33.75.

WI vs BAN Must Picks for Dream11 Fantasy Cricket: 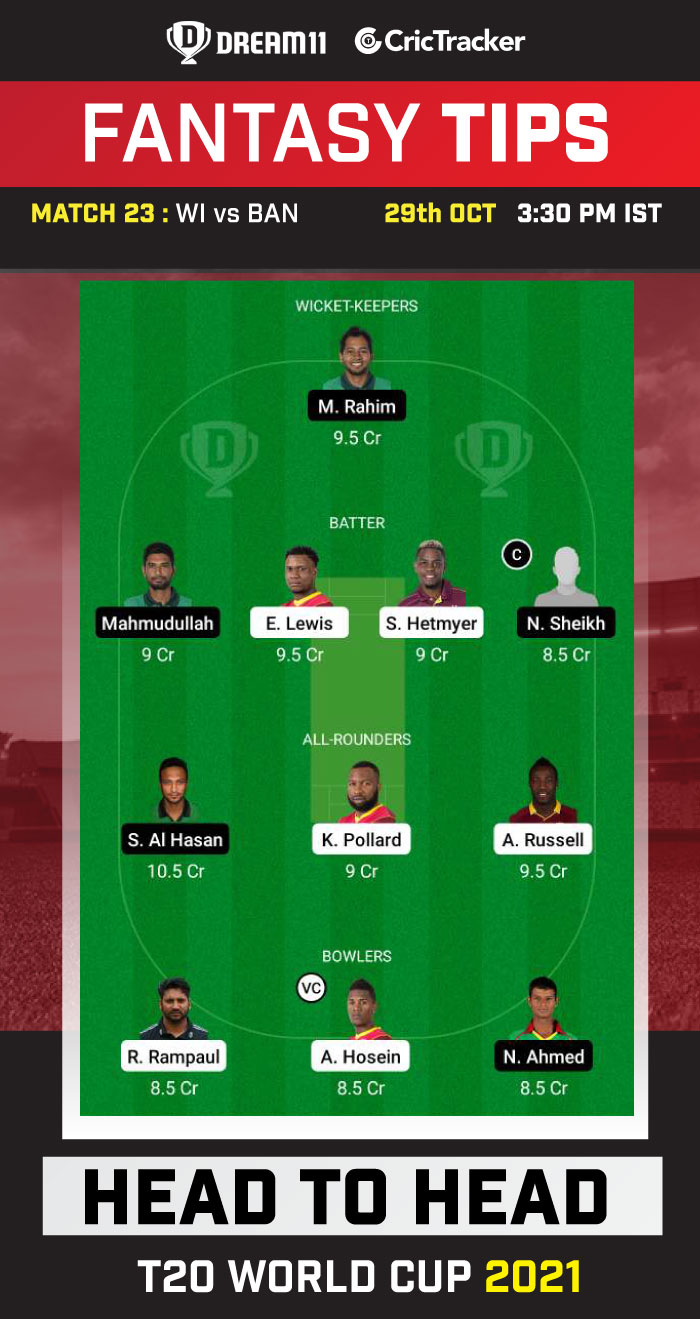 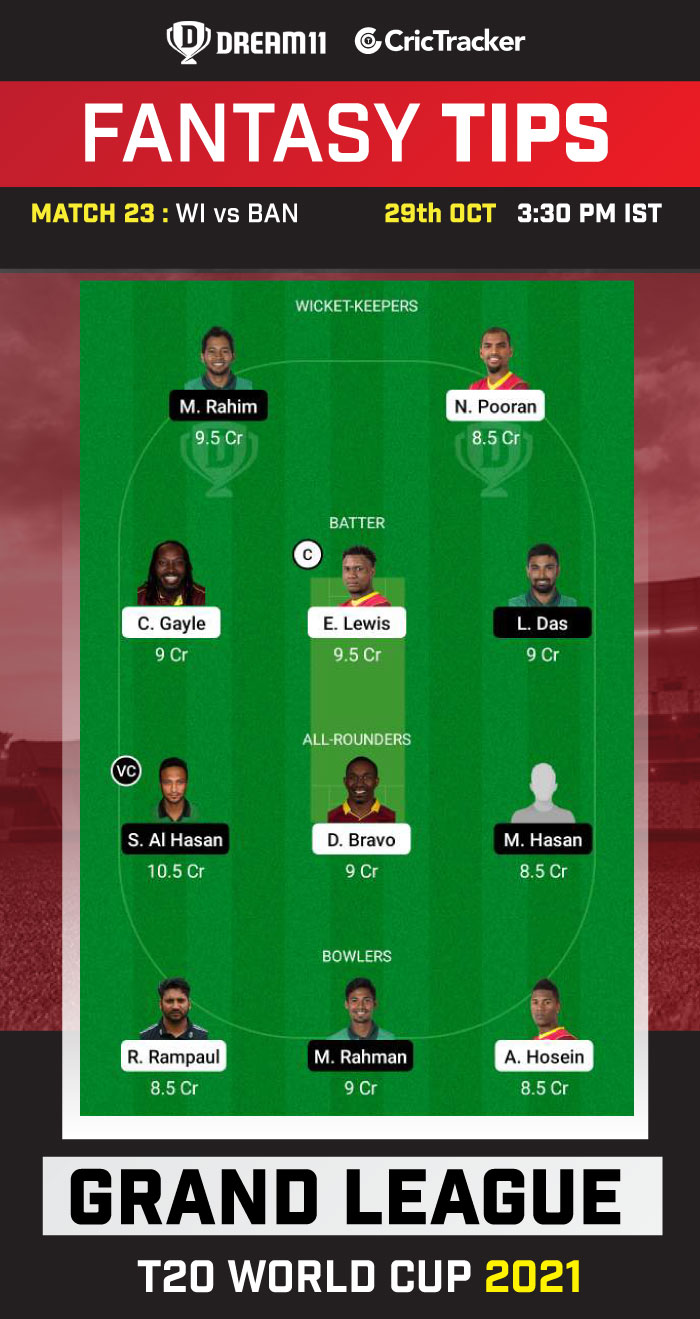 Dwayne Bravo has scored 13 runs in the last 2 matches, and he is yet to pick a wicket in this World Cup. You can take a risk and pick him as your fantasy team skipper.

Liton Das is struggling to convert his starts into big ones. Considering his current form, he is a risky captaincy pick for your fantasy teams.

Considering there are a lot of options available in the wicketkeeper’s slot, it’s better to avoid Nurul Hasan while making your fantasy teams.