Ireland are looking forward to creating history on the West Indies soil. 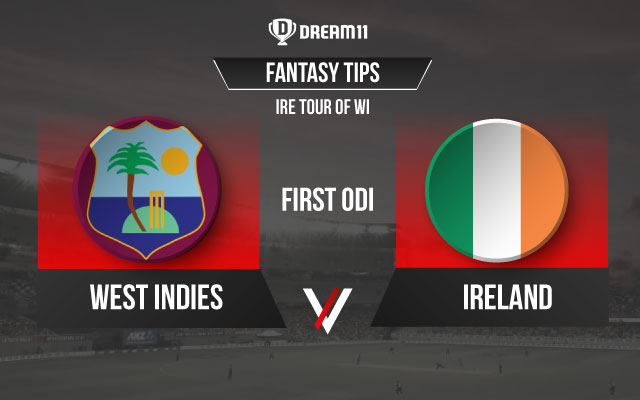 West Indies will host Ireland in the 3-match ODI series which starts from 8th January. With the return of their key players, West Indies are looking formidable and they are the favorites to win this series. Kieron Pollard will lead the side, whereas Shai Hope is named as his deputy. The Caribbean boys were whitewashed by Pakistan 3-0 in the T20I series last month.

Ireland, on the other hand, were supposed to play 2 ODIs against USA last month, but the series got postponed due to the COVID-19 pandemic. They didn’t have the greatest of series when they toured West Indies a couple of years back as they were thoroughly thrashed by the home side by 3-0. It will be interesting how they are going to perform against the mainstream West Indies side.

Sabina Park hasn’t hosted an ODI since June 2017. The quick bowlers will get complete assistance in the initial one hour of play and the batters need to be watchful in that period of play. Batting will become much easier in the latter half and hence bowling first is a good option.

Devon Thomas last played his ODI back in 2013 against Australia. The 32-year-old batter is back again in the West Indies squad. In his 21 ODIs, he has scored 238 runs with the highest score of 37.

Roston Chase performs well under pressure. He has the ability to lift his side from tough situations. He has scored 520 runs in 30 ODIs at an average of 26 and has also picked up 15 wickets.

Simi Singh is an effective all-rounder with the white ball for Ireland. In his 33 ODIs, he has scalped 37 wickets and scored 547 runs with the bat.

Alzarri Joseph is a skiddy customer. With his precise line and lengths, he can cause damage for the opposition batters. The 25-year-old right-arm quick has scalped 60 wickets in his ODI career with the best figures of 5 for 56 and has also scored 190 runs with the bat.

Barry McCarthy bowls at a good pace and has the potential to pick wickets as well. He has bagged 61 wickets in his 38 ODIs with the best figures of 61.

Nicholas Pooran knows only one way that is to score runs. He is a floater and will play according to the demanding situation. He has scored 1044 runs in 28 ODI innings with the highest score of 118. 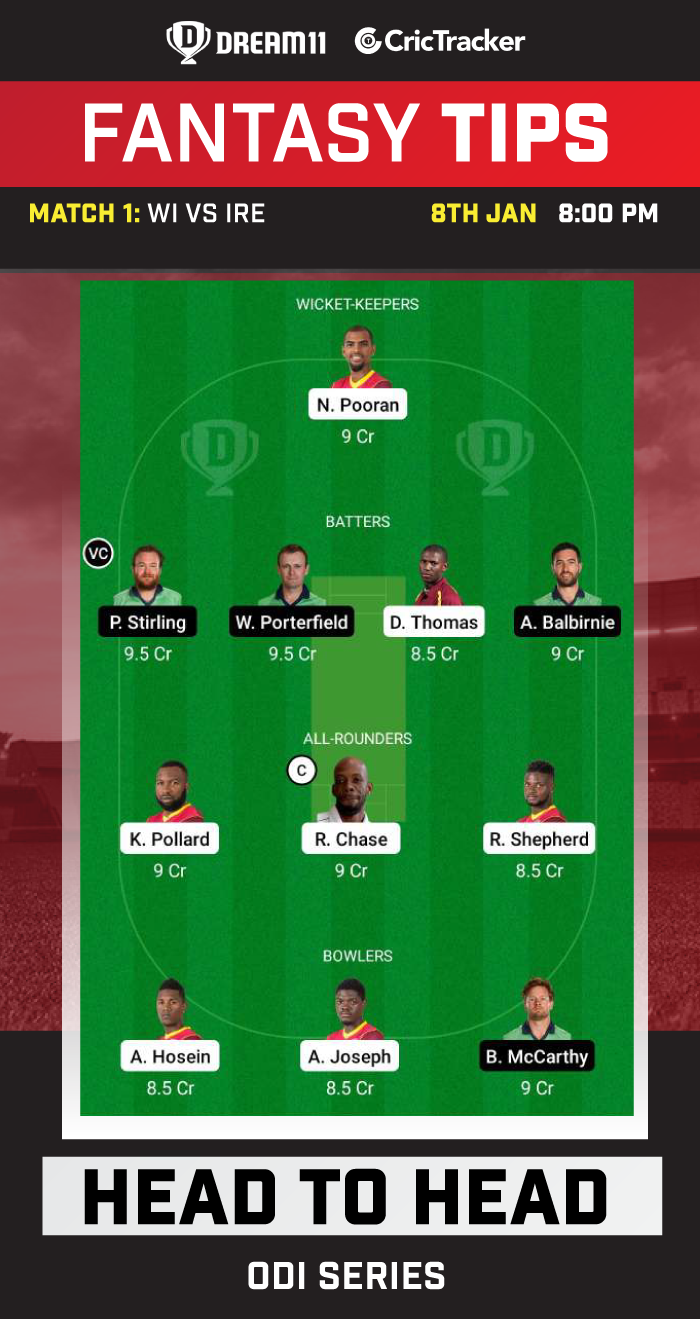 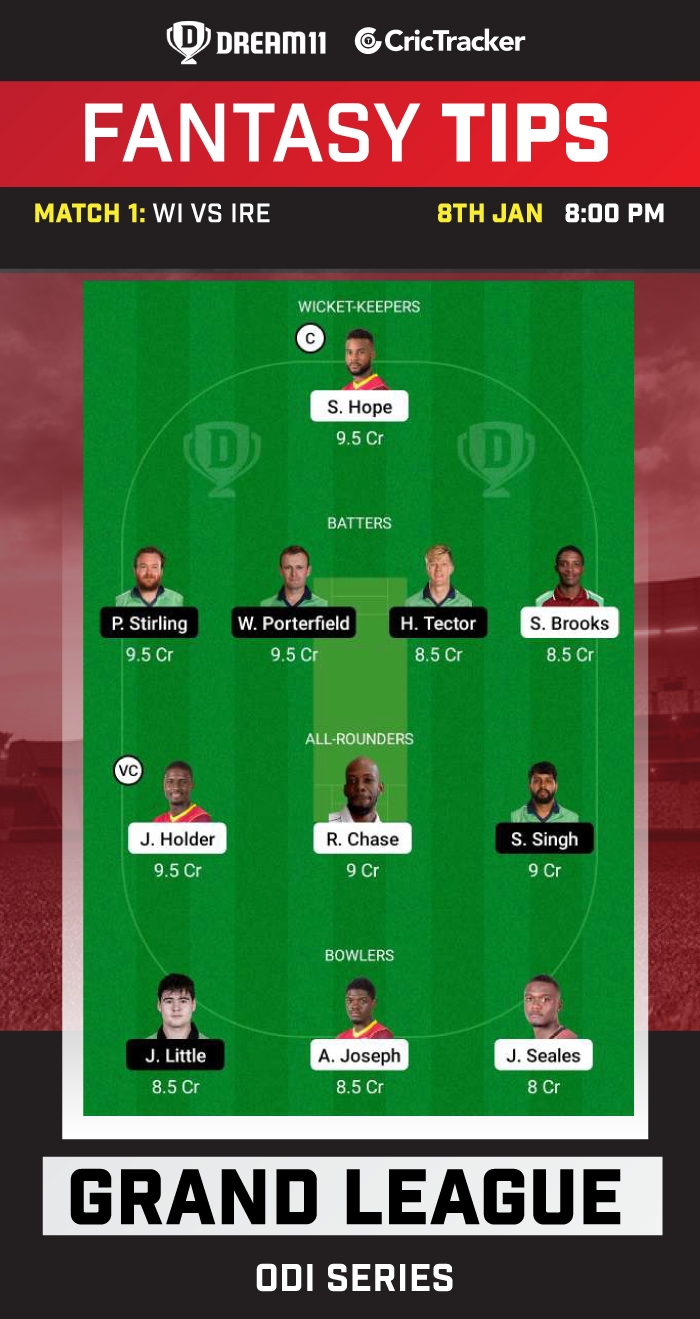 Andy Balbirnie has scored 2462 runs in 81 ODI innings at an average of 32.39 with the highest score of 145*. He is a risky captaincy pick for your fantasy teams.

Jason Holder is a fine all-rounder who has the capability to change the course of the game within a span of minutes. You can take a risk and pick him as your fantasy team skipper.

Lorcan Tucker averages 20.63 with the bat and hence it’s advisable not to include him in your fantasy teams.