Paul Stirling and Shane Getkate will join the Ireland squad for the 2nd ODI. 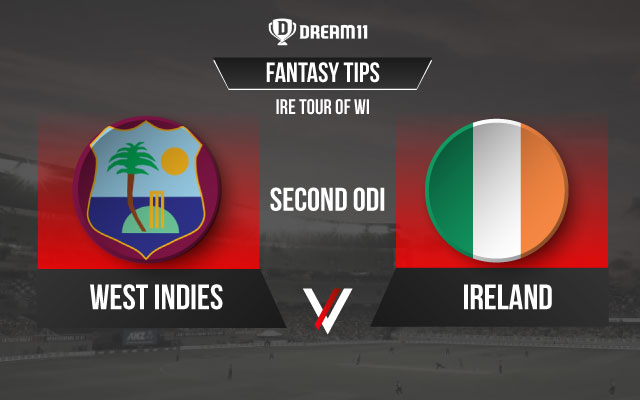 West Indies will take on Ireland in the 2nd ODI of the series. The hosts West Indies were too good in the 1st ODI of the series as they wrapped up a 24-run win over Ireland to take a 1-0 lead. Sparkling innings from Shamarh Brooks and Kieron Pollard and later combined heroics from the bowlers helped them to claim the victory. The hosts will look to take the series with prior one game left.

Ireland, on the other hand, fought extremely hard in the 1st ODI of the series, though they fell short of the target by 24 runs. Andy Balbirnie deserves credit for his influential batting in the run-chase. They must win this match to stay alive in the contest.

There will be plenty of swing and seam movement off the surface in the initial half an hour of play and later the wicket is expected to become flat. Anything over 250 is a match-winning total here.

Shamarh Brooks batted effortlessly in the first ODI of the series and scored 93 runs from 89 balls with the assistance of 9 fours and 3 sixes. He should be picked in your fantasy teams based on his current form.

Paul Stirling is back which is a positive sign for the visitors. He has got vast experience and had a great last year with the bat. Sterling will be hoping to start this year on a good note.

Kieron Pollard played a rescue act along with Brooks in the first ODI. The West Indies skipper scored 69 runs from 66 balls, which includes 4 fours and 4 sixes.

Mark Adair bowled impressively well with the new ball in the 1st ODI. He returned with the figures of 3 for 38 and even scored unbeaten 21* runs from 9 balls.

Akeal Hosein can bowl at any stage of the match that makes him a special bowler for the West Indies. He picked up the important wicket of William Porterfield in the 1st ODI.

Craig Young picked up crucial wickets in the death overs for Ireland in the 1st ODI. He scalped 3 wickets at an economy of 6.22.

Nicholas Pooran has managed to score 13 runs in the 1st ODI of the series. He has got massive backing from the team management to play his natural innings. He is still a good pick for your fantasy teams. 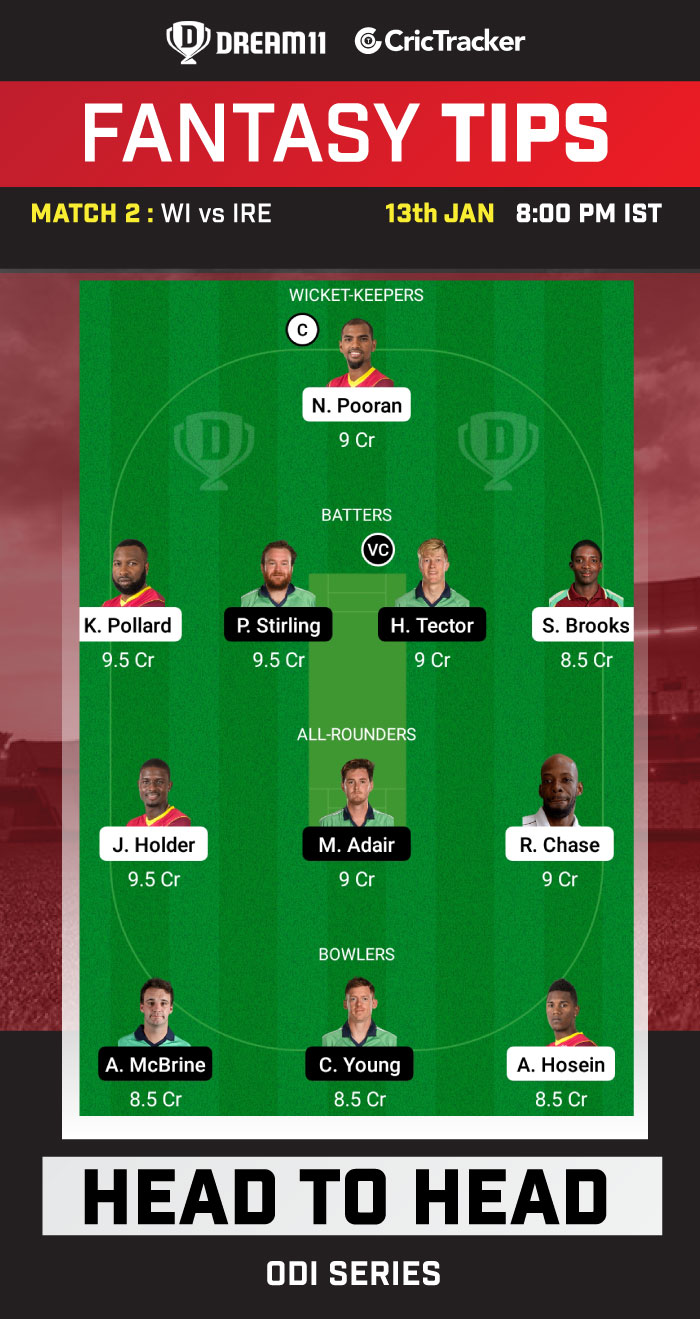 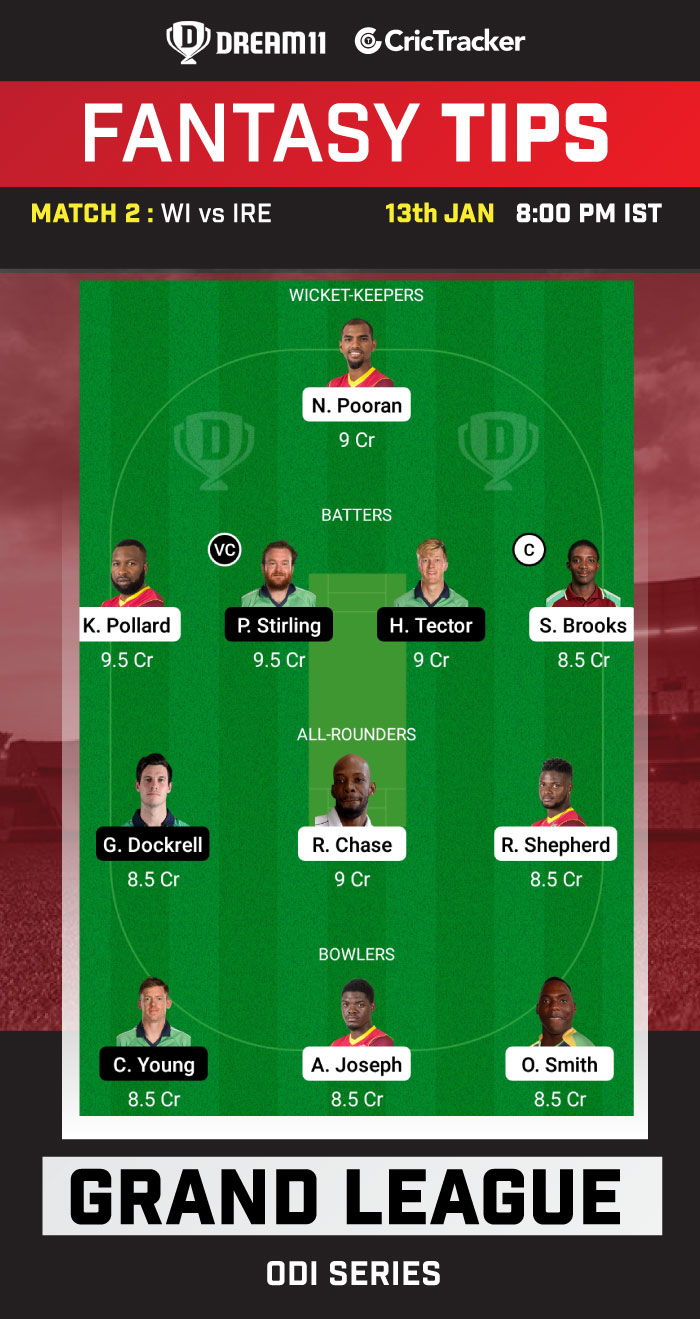 Jason Holder is a genuine all-rounder who managed to score 13 runs and picked up a wicket in the first ODI. He is a risky captaincy pick for your fantasy teams.

Harry Tector played proper cricketing shots in the first ODI and scored 53 runs from 68 balls. You can take a risk and pick him as your fantasy team skipper.

Considering plenty of competition in the all-rounder’s slot, it’s hard to pick Curtis Campher in the final eleven.