Shamarh Brooks is a good captaincy option for this rubber.

West Indies will take on Ireland in the final ODI of the three-match ODI series between the two sides. The series is level at 1-1, and the winner of the third ODI will win the series.

In the 2nd ODI, Ireland beat their opponents by 5 wickets. After West Indies were bowled out for a total of 229, Ireland coasted past their revised target of 168 with more than 3 overs remaining.

The pitch at Sabina Park is not the easiest one to score runs for batters. The ball will grip, and the batters will need to apply themselves on this surface.

Shamarh Brooks has been in top form in this series and has blasted 136 runs in 2 matches at an average of 68.00. Brooks will look to continue with his superb run of form in the final ODI as well.

Craig Young has prized out 6 batters in this series and has taken his wickets at an average of 16.33. Ireland will once again turn to Young to provide them with crucial breakthroughs in the 3rd ODI.

Harry Tector is the leading run-getter for the Ireland side in this series and has scored 107 runs at an average of over 100. 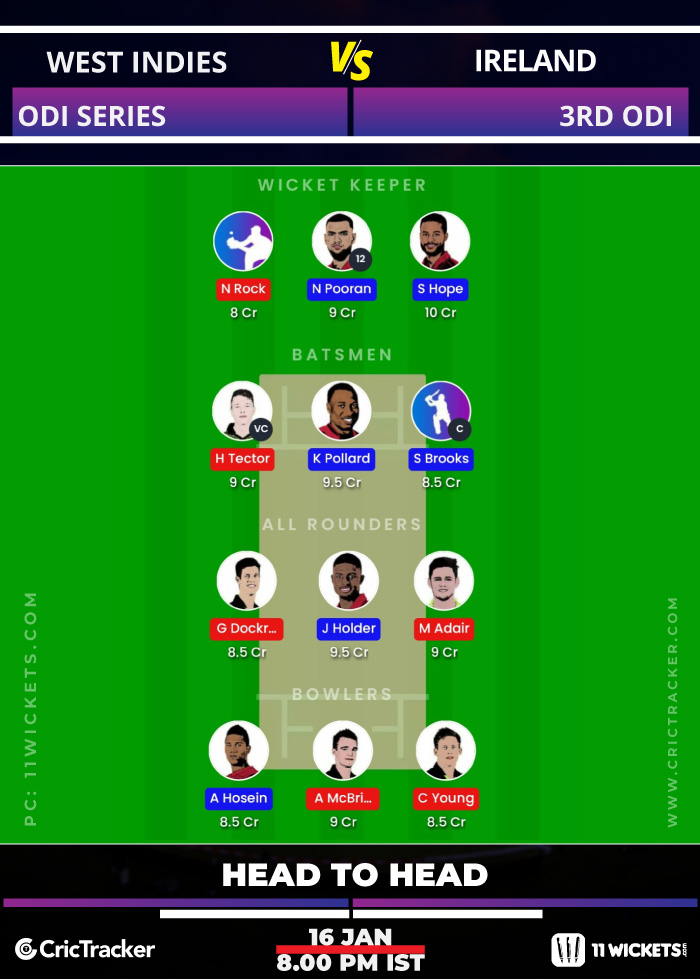 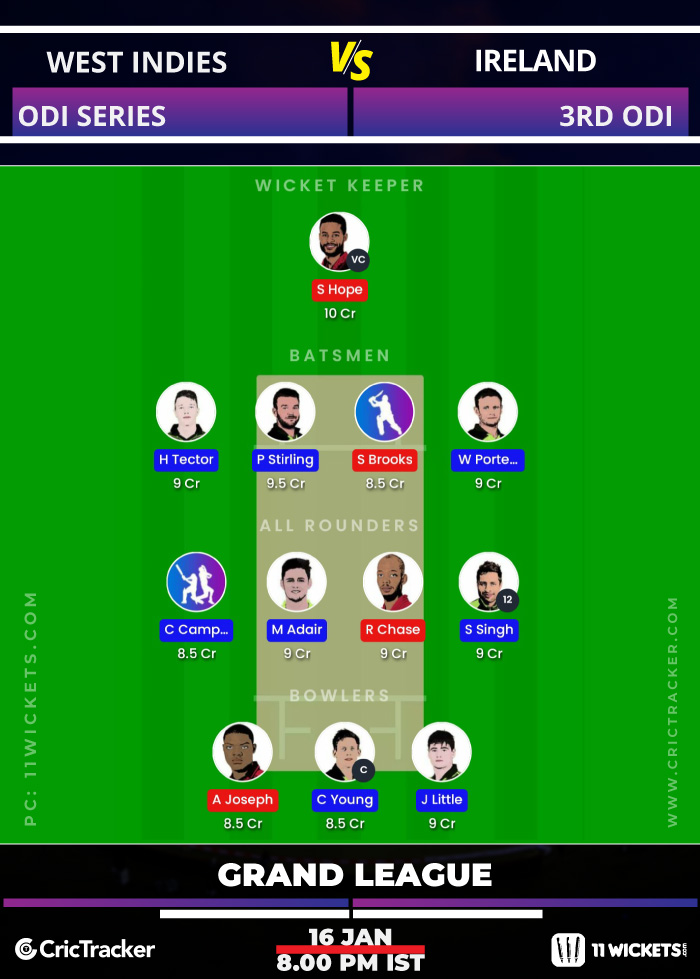