Defending T20 champions are likely to start the series on a winning note. 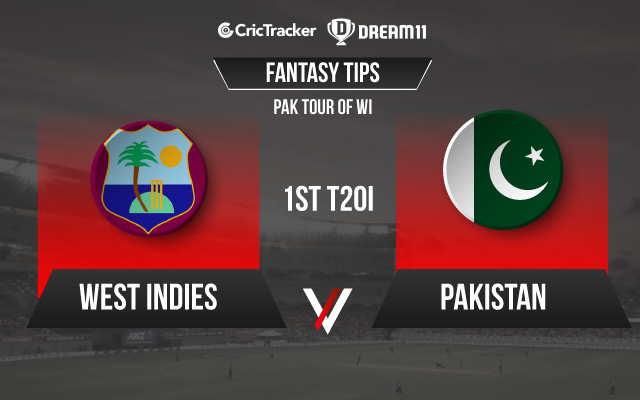 After winning the T20I series against Australia successfully by a margin of 4-1, Men in Maroon are ready for their next assignment as they take on Pakistan in a 4-match T20I series starting from 28th July. Their big names Chris Gayle, Andre Russell, Dwayne Bravo, and Kieron Pollard’s availability will make them a formidable T20 side.

Meanwhile, Pakistan are coming into this tour on the back of losing the T20I series to England 2-1. They managed to win only one game in their entire tour of England. They are an unpredictable side and if they can improve their batting in the middle order which will definitely makes them a strong side in the world.

The wicket is on the slower side and recent ODI matches played here are the evidence of it. The spinners will get maximum assistance from the surface. Having said all this, it will be interesting how the surface going to play in the 1st T20I.

36 year old, Lendl Simmons was the top run-getter for West Indies in the 5 matches T20I series against Australia. He amassed 165 runs in 5 matches at an average of 33.

Pakistan skipper Babar Azam had a decent outing in the recent England T20I series. He managed to score 118 runs in 3 matches at an average of 39.33 with a strike rate of over 150.

Fabian Allen has been quite remarkable on the field in the Australia T20I series. He took some stunning catches which changed the course of the game, and he is a well-known hitter down the order and can pick wickets with the ball as well.

Pakistan vice-captain Shadab Khan will bring a lot of energy on the field. He can bowl full 4 overs in the middle and can play a handy little cameo in the end as well.

Hayden Walsh was awarded the player of the series against Australia in the T20I series for his amazing bowling performances where he picked up 12 wickets in 5 matches at an impressive economy of 7.

Shaheen Afridi is a good pick for your fantasy teams. He took 4 wickets in 3 T20I matches against England. Overall in his T20I career, he has scalped 31 wickets at an economy of 8.02.

Mohammad Rizwan is the prolific run-scorer in the T20Is for Pakistan over the last year. He was the leading run-scorer in the England T20I series where he scored 176 runs in 3 matches which includes 2 half-centuries.

WI vs PAK Must Picks for Dream11 Fantasy Cricket:

Andre Russell will give plenty of options for his captain. He can bat anywhere in the order and can bowl at any stage of the match. It’s worth a risk and you can pick him as your fantasy team skipper.

Fakhar Zaman scored 58 runs in 3 T20Is against England, you can take a risk and pick him as your fantasy team captain.

Since plenty of options are available in the all-rounder’s category it’s hard to pick Imad Wasim in the final eleven.