If you are looking for a budget pick from the batsmen, Evin Lewis should be a terrific pick. 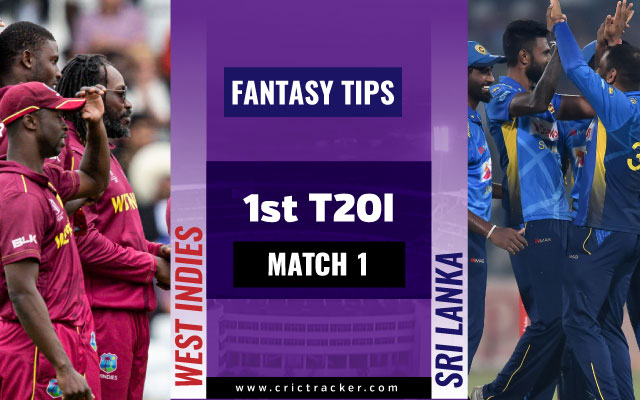 The 1st of the 3-match T20I bilateral series between West Indies and Sri Lanka will be played on 4th March at Coolidge Cricket Ground, Antigua.

Having played Test cricket very recently, West Indies and Sri Lanka will return to the T20 format of the game here in Antigua, for a 3-match series. Both teams’ recent form in this format has been unimpressive. West Indies’ last T20I series was against New Zealand.

They lost that 3-match series against New Zealand by a margin of 2-0. On the other hand, Sri Lanka’s last T20I series was against West Indies itself. They lost that series 2-0. Sri Lanka’s form in the shortest format is a bit more concerning, as they have lost their last 3 T20I series. Hence, both team will be eager to change the narrative by winning the upcoming match.

The weather will be sunny here in Antigua. The temperature will be at around 26 °C, with the chances of rain being nil.

In the initial overs, the pitch will help the batsmen. However, the bowlers will eventually get into the game in the later stages.

Chris Gayle played well for the short duration he was in Pakistan. He scored 107 runs in just 2 games at a strike rate of over 170.

Andre Fletcher is another Caribbean batsman who has been in good form. The top-order batsman scored 208 runs while playing for Melbourne Stars in the BBL.

Danushka Gunalithalaka was in ominous touch in the last edition of the Lanka Premier League. He scored 476 runs at an average of nearly 60 and a strike rate of over 140.

Lakshan Sandakan bowled well in the Lanka Premier League and he can be a clever budget pick. He scalped 12 wickets in that competition, while maintaining an average of less than 25.

Another Sri Lankan bowler who can be a good budget pick is Nuwan Pradeep. He picked up 8 wickets, while his economy rate was less than 9 runs per over. 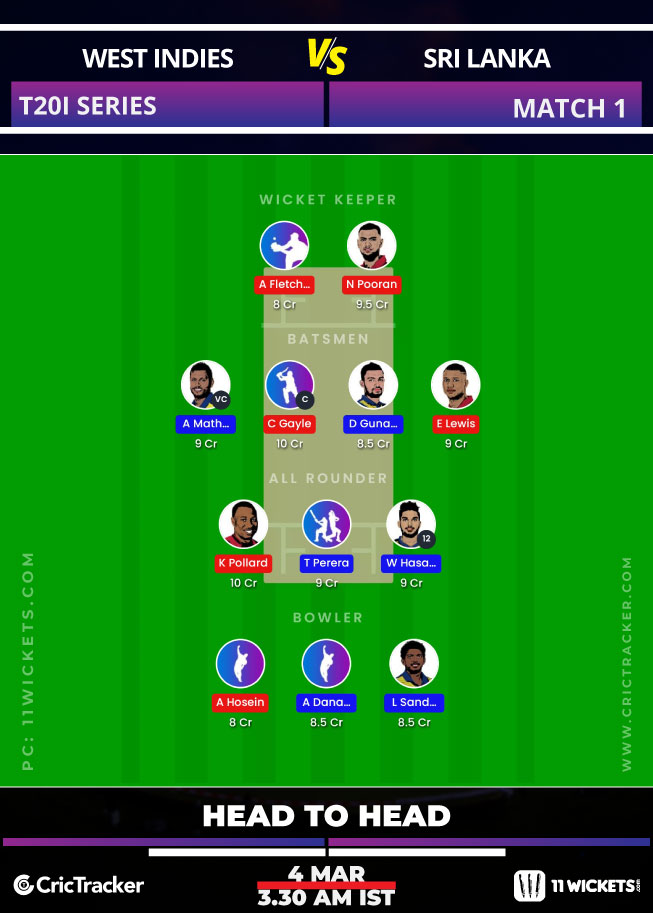 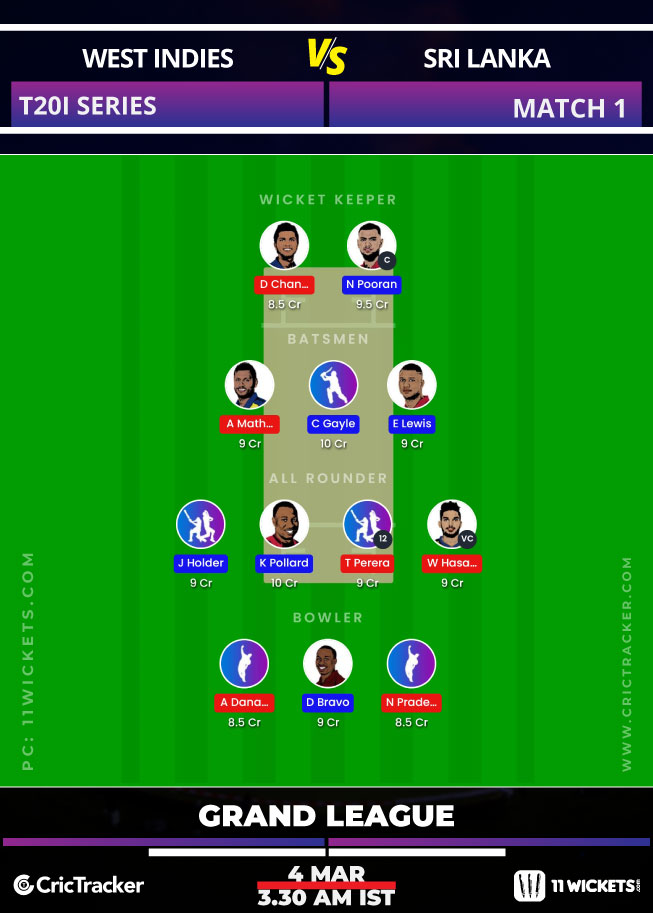 If you are looking for a budget pick from the batsmen, Evin Lewis should be a terrific pick. He scored 318 runs at an average of over 45 in the recently-concluded Super50 Cup.

West Indies are expected to win this match.