Gayle has scored 122 and 135 runs in the last two innings at the venue.

England emerged winners in a high-scoring series opener while Windies were guilty of botching up a great chance to take a lead in the series. Only one day rest between the two matches must not have allowed the teams to recover and in this case, the visitors are at the advantage clearly. Though they will have to be wary of Chris Gayle and some sensational hitters in the Windies line-up.

Eoin Morgan admitting of not being ruthless in the field after the first ODI and the bowlers too will have to improve significantly. The fielding was also below par for them while the case was the same for the Caribbean side as well. The Jason Holder-led bowling attack was even more toothless as they lacked a genuine pace bowling option like Kemar Roach and Shannon Gabriel. Both the players aren’t available for this game also due to different reasons.

The second game of the 5-match ODI series between Windies and England will be hosted by the Kensington Oval in Bridgetown, Barbados. 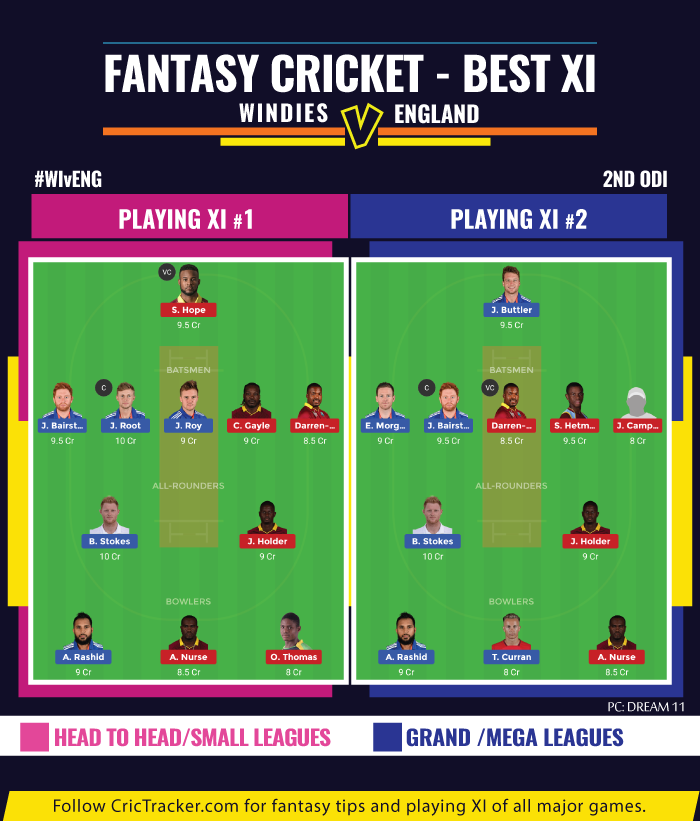 Expect England to win again and double their win but not without a fight from Windies.