The Windies have mostly been able to get the better of England in the T20 format. However, the opening match at the Daren Sammy National Cricket Stadium, Gros Islet, St Lucia saw the Three Lions emerging victorious by four wickets. The hosts, led by Jason Holder, put up a decent score first time around courtesy of Nicholas Pooran’s half-century after some early stutters.

However, the Eoin Morgan-led Three Lions came out all guns blazing and never allowed the Caribbeans to make a comeback. Jonny Bairstow chipped in with a 40-ball 68 owing to which the visitors won with seven balls to spare. The second encounter is scheduled to be played at the Warner Park, Basseterre in St Kitts and the Windies would be hoping to make a strong comeback.

The 2nd game of the 3-match T20I series between the Windies and England will be hosted by the Warner Park, Basseterre, St Kitts.

The game will be live on Sony SIX and Sony SIX HD in India. (Live streaming in Sony Liv).

Four 160+ scores during all the 4 completed CPL 2018 matches for the teams batting first. 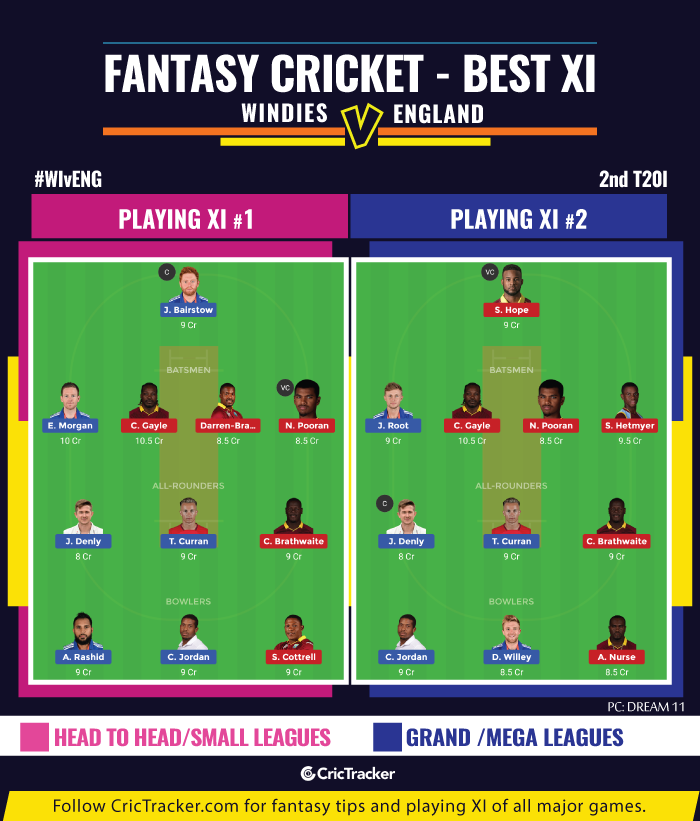 The Windies are most likely to make a comeback.