Nida Dar is a good captaincy pick for this encounter.

West Indies Women will take on Pakistan Women in the third and final game of the three-match T20I series. The encounter takes place at the Sir Vivian Richards Stadium in Antigua.

With West Indies having an unassailable 2-0 lead in the series, this game is nothing but essentially a dead rubber. The Caribbean side has played some quality cricket in this series, and subsequently, have emerged victorious in the first two matches. While they walked away with a 10-run victory with the first game, the second game saw West Indies winning by seven runs.

On the other hand, Pakistan only have pride to play for and they would not want to suffer a clean sweep. Although the previous games didn’t go in their favour, the visiting team put up a commendable fight and should take away a lot of positives. Hence, it would be interesting to see how this game unfolds.

Nida Dar, who recently became the first Pakistan bowler to pick up 100 T20I wickets, has been in staggering form in this series. The veteran off-spinner has contained the run-flow and also took crucial wickets. Moreover, she made a handy 29 in her last outing. Hence, the visiting team would be counting on her.

West Indies skipper Stafanie Taylor is another player who can shine in this contest. Although the all-rounder hasn’t done much with the bat so far, she has been bowling economical spells. Hence, the Women in Green must find out a way to tackle her. 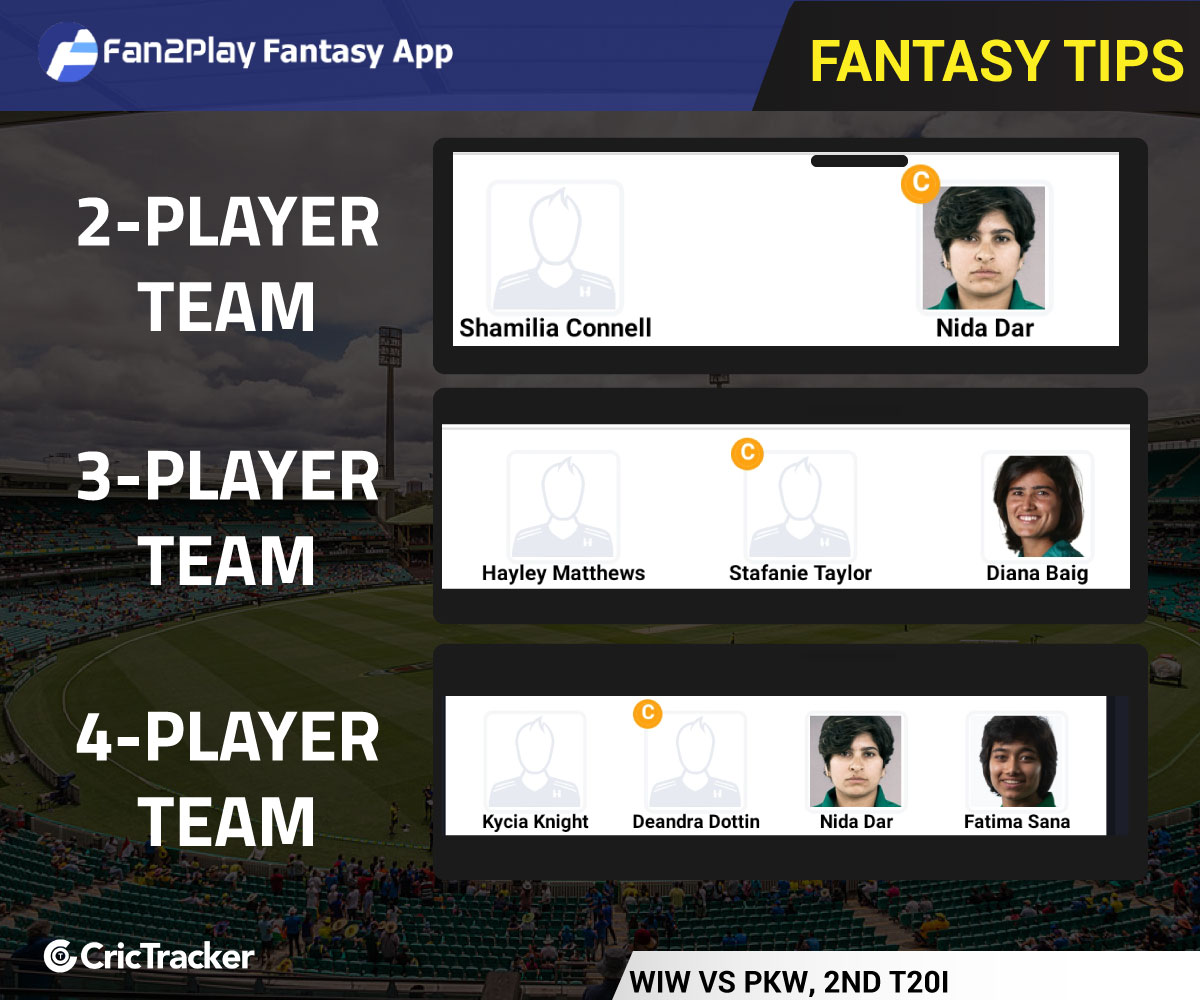 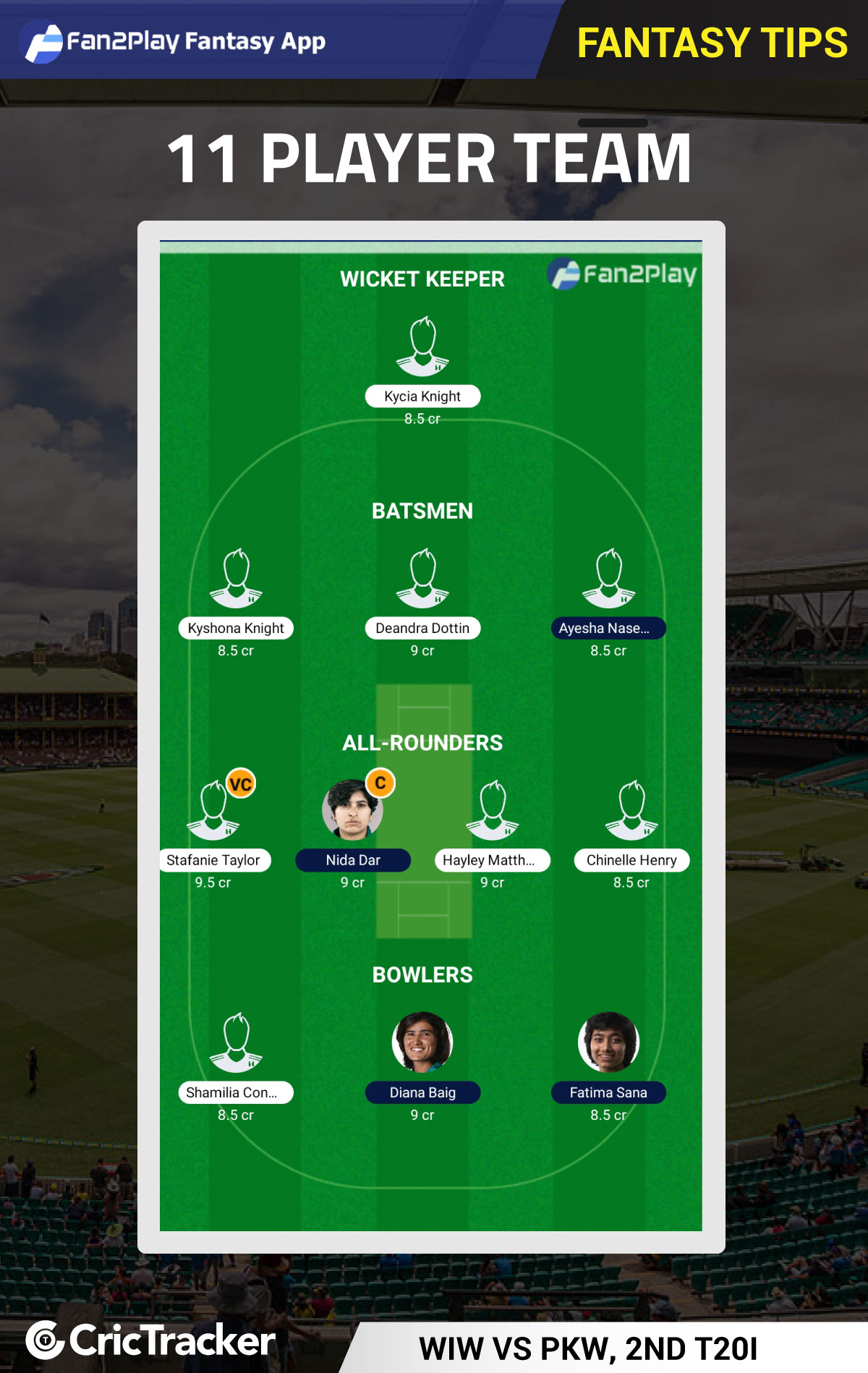