Alyssa Healy aggregated 545 runs across 12 innings in last two editions with four fifties and a hundred.

The 13th match of the Women’s National Cricket League (WNCL) 2019/20 will be played between New South Wales (NSW) Women and Queensland Women at the Blacktown International Sportspark 1, Sydney.

New South Wales Women, the most successful team in the history of WNCL, are set to field their full strength team when they face Queensland Women on Thursday. The Queensland Women are also boosted with the inclusion of the International stars and thumped the unbeaten ACT Women by a big margin on Tuesday. Queensland moved to the top of the points table with that win. The Alyssa Healy-led team won one of the two matches in the first round when they played without big stars.

Rain delay could be seen in the first half of the match but not interruption is expected from the afternoon.

As expected, the Blacktown Olympic Park Oval in Sydney provided a low-scoring match. The ACT team were bowled out for only 151 and the Queensland chased it down comfortably. A new track is likely to be used on Thursday but the nature of the pitch is likely to be same. But the presence of quality in both Queensland and NSW could help them reaching at least 200.

Jemma Barsby picked up a couple of wickets on Tuesday against the ACT team. She claimed 13 wickets across the last two editions of the WNCL. Jess Jonassen is batting at No.4 and bowls her full quota on most occasions. Hence, her all-round skill makes her a must in the fantasy team. Alyssa Healy has been brilliant with the bat in the last couple of seasons in International cricket. Her WNCL numbers do back the statement as she aggregated 545 runs across 12 innings in last two editions with four fifties and a hundred. Ashleigh Gardner doesn’t have great numbers in the WNCL but if she continues her T20I and ODI exploits, they are likely to make an impact. 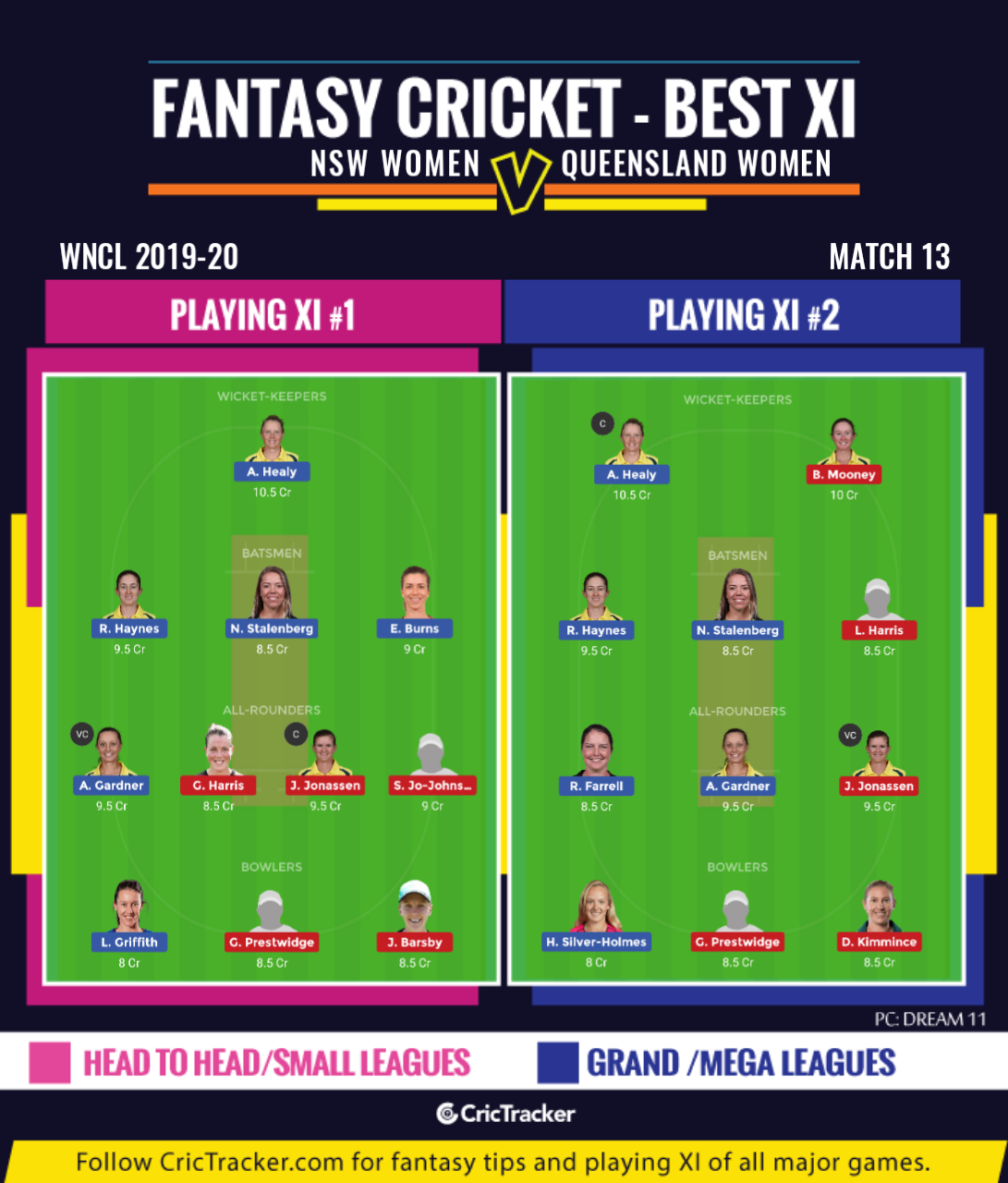 Beth Mooney can be picked in the fantasy team only on the basis of her WBBL form. In the WNCL, she has low return as she averaged less than 40 in the last two editions. In fact, since 2017/18, Mooney scored only 1 fifty across 12 innings in the WNCL.

NSW Women might edge past Queensland Women in a thriller.