Jess Jonassen should be a very good pick in your Dream11 Fantasy team as she bats at four and also delivers 10 overs regularly picking wickets in every match.

The 16th match of the Women’s National Cricket League (WNCL) 2019-20 will be played between Australia Cricket Territory (ACT) Women and Queensland Fire at the Manuka Oval in Canberra.

Australian Capital Territory Women will face the Queensland Women in the match 16 of the ongoing domestic One-Day competition. The ACT Women are have lost their way after starting the tournament with a couple of wins. They have now lost two back-to-back matches and are languishing at the sixth position in the points table with only eight points to their name.

Queensland, on the other hand, have also won two matches in four outings but have won the bonus point in each of the wins to accumulate a total of 10 points. They are at third place in the table among seven sides. However, they are coming off an 87-run loss at the hands of the New South Wales Women and would love to get back to the winning ways.

The forecast for this game is not promising by means. It will be cloudy when the game gets underway and the showers are expected around 2-3 PM local time. The temperature will hover around 24-25 Degrees Celsius according to AccuWeather.

This is the first match of the tournament at this venue this WNCL this season. Last season, in a couple of matches, the scores of 250 were crossed and it will be interesting to see how the pitch behaves. With the rain around, the teams will look to field first after winning the toss.

Erin Osborne, the ACT Women skipper, has so far scored 103 runs and picked three wickets as well. Katie Mack with 159 runs in four innings is their highest run-getter. Amy Yates has sizzled with the ball for ACT Women so far with eight wickets to her name at an average of 12.87 and an economy of 3.81.

Laura Harris has been decent with the bat so far with 133 runs in four matches for Queensland. Sammy Jo Johnson has picked eight wickets in the tournament and her batting is also decent if required. Jess Jonassen should be a very good pick in your Dream11 Fantasy team as she bats at four and also delivers 10 overs regularly picking wickets in every match. 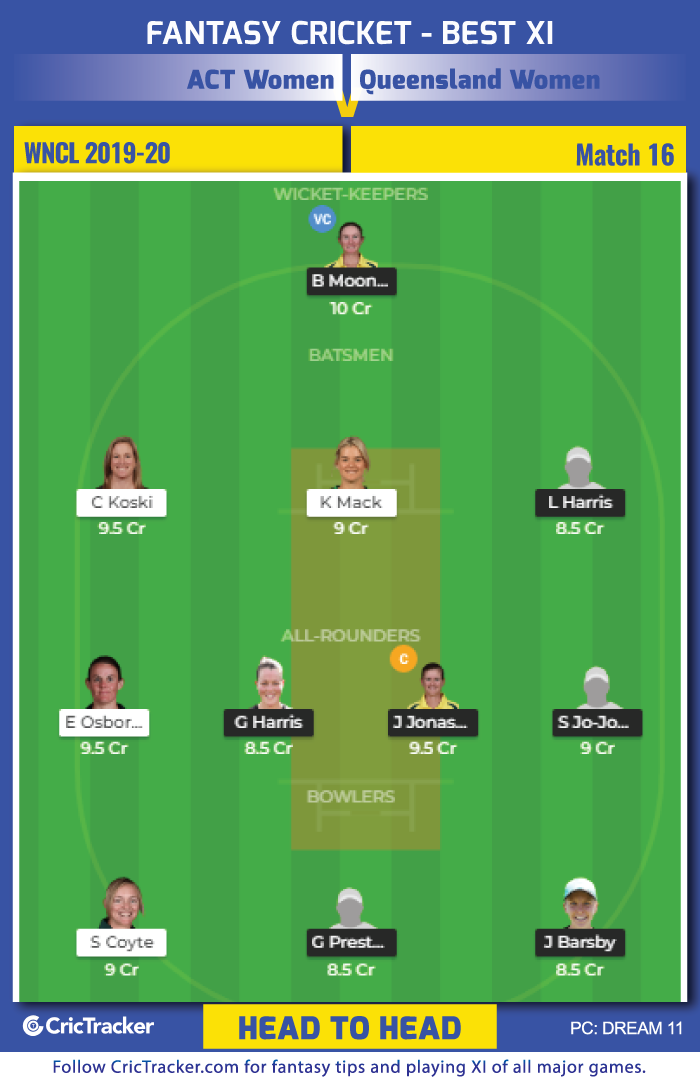 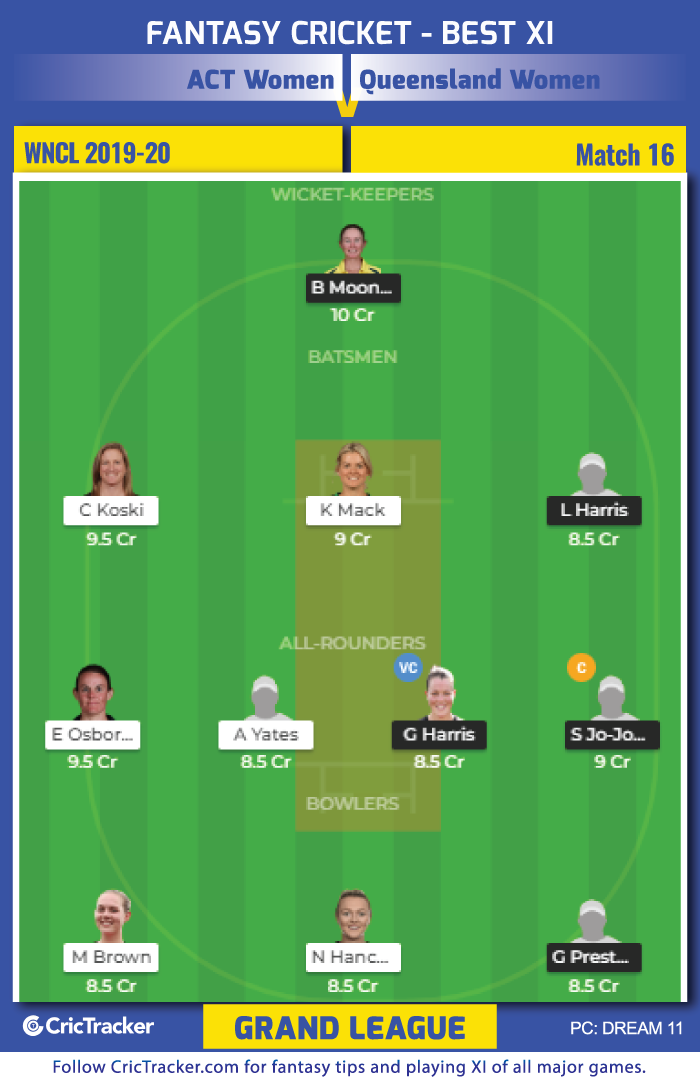 Most of them have made Sammy Jo Johnson as C but Jess Jonassen seems to be the perfect captain material as she bats at four and also bowls 10 overs regularly.

Amy Yates, after a great start in the first two matches, has faded away completely. She can also be picked in Grand League as she has been selected only in 30% Dream11 Fantasy teams.