With many national stars featuring in this game, you might find it difficult to pick all of them in your Dream11 Fantasy team.

The 18th match of the Women’s National Cricket League (WNCL) 2019-20 will be played between New South Wales (NSW) Women and Queensland Women at the Manuka Oval in Canberra.

The Queensland Women defended 179 against the Australia Capital Territory (ACT) Women on Tuesday and registered yet another victory with the bonus point. This win has propelled them to the top of the points table and will be facing the second-placed New South Wales (NSW) at the same venue on Wednesday. The Queensland though will have to improve their batting as they have crossed 200-run mark only once in five matches.

The NSW Women, on the other hand, is playing after a considerable amount of rest and is the only team to have not played a game on Tuesday. This means the players will be fresh and will be raring to go unlike the Queensland who will take the field in less than 24 hours again after beating the ACT Women. New South Wales have won three out of four matches so far and will be keen to regain the winning momentum after a decent break.

The forecast for this match is absolutely in Canberra. Australia’s capital will experience a sunny day with the temperature expected to hover around 23-28 Degrees Celsius according to AccuWeather. There is no chance of rain whatsoever though a few dark clouds will hover over the stadium around 4 PM local time.

It was a low-scoring encounter between the Queensland and ACT at the Manuka Oval on Tuesday as the batters struggled to score the runs. However, with the conditions set to be good, expect some runs in this game and the surface should also be good for batting. The team winning the toss is expected to bat first.

The NSW Women has included Maddy Darke in the 13-member squad to replace the injured Lauren Smith.

For the NSW Women, Alyssa Healy and Ashleigh Gardner will be crucial. Though both of them haven’t yet scored big in two outings, the duo is known for its big hitting and cannot be ignored. Rachel Haynes is another batter who has the ability to anchor the innings and play through. Phoebe Litchfield averages 53.66 in four innings with 161 runs to her name and should be picked in your Dream11 Fantasy team.

Among the bowlers, Rene Farrell (8 wickets) and Hayley Silver-Holmes (7 wickets) are top picks from the NSW team. Tahlia Wilson could turn out to be a surprise pick among the batters.

As far as the Queensland Women are concerned, their batters failed in the previous game. But the likes of Beth Mooney and Laura Harris can’t be ignored while Jess Jonassen will also make an all-round impact after a rare off day. Holly Ferling was impressive with the ball as she picked three wickets and also hung around with the bat. 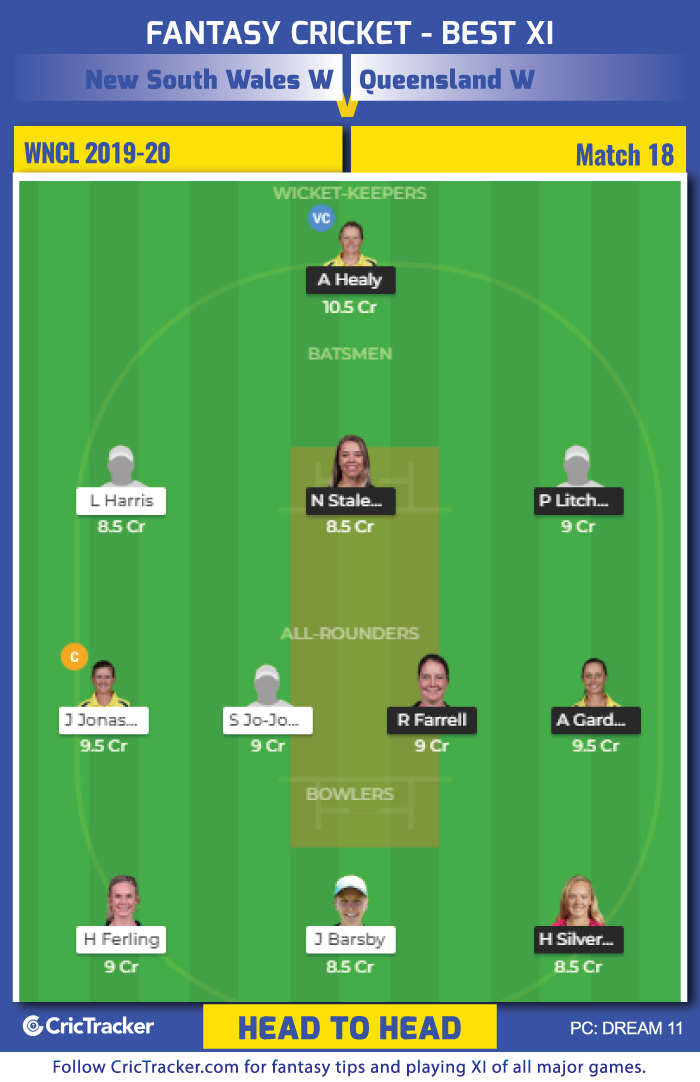 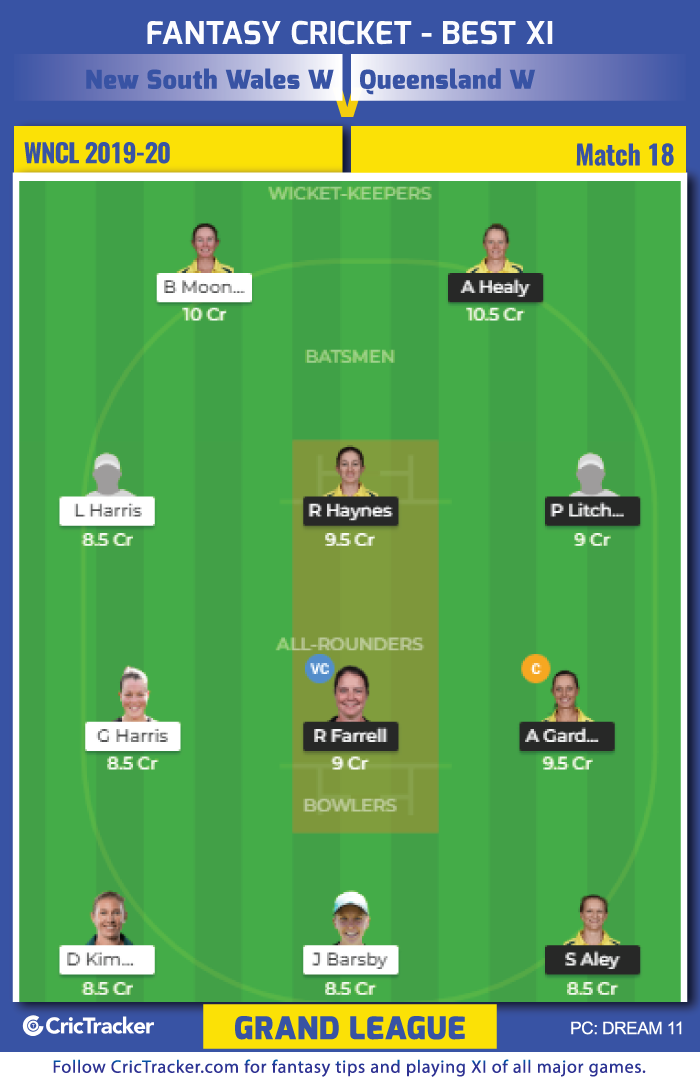 With many national stars featuring in this game, you might find it difficult to pick all of them in your Dream11 Fantasy team. Make it a point to pick all-rounders at any cost as they will earn a lot of Fantasy points.