Sarah Coyte is an experienced player and can contribute with the bat as well. She batted at six in the previous match and also bowls her quota of overs more often than not.

The 20th match of the Women’s National Cricket League (WNCL) 2019-20 will be played between Australia Capital Territory (ACT) Women and New South Wales (NSW) Women at the Manuka Oval in Canberra.

Australia Capital Territory (ACT) Women have lost three consecutive matches after starting the tournament with two back-to-back wins. They will face the table-toppers New South Wales (NSW) Women in their next game at the Manuka Oval in Canberra. The ACT Women will have to win their remaining games at any cost to make it to the top two and qualify for the final.

However, their task seems to be tougher as the NSW Women are way too strong and are on a three-match winning streak. These two sides last met on January 14 and the NSW side easily chased down the 178-run target. They would be looking to continue their winning momentum and in the process, strengthen their top place in the table.

The forecast for this match is absolutely clear. Though there will be intermittent clouds to start with, the sun will come out later in the afternoon. There is no chance of rain at all even as the temperature will hover in the late 20s according to AccuWeather.

The surface at the Manuka Oval has been decent for batting. But the pitch slows down and it gets tough to bat in the second innings. The team winning the toss is expected to bat first as the chasing teams have lost both the matches at this venue so far.

Ashleigh Gardner set the stage on fire with her all-round performance in the previous game. She scored 136 runs first and then picked three wickets bowling all her 10 overs. While Tahlia Wilson (51) also batted well, Rene Farrell and Silver Holmes also fared decently with the ball picking two wickets each.

For the ACT Women, Claire Koski (44) was the shining in their erstwhile encounter. However, Katie Mack and Anna Lanning are also decent batters. Hancock and Brown were the best bowlers for them with the ball with three wickets each. 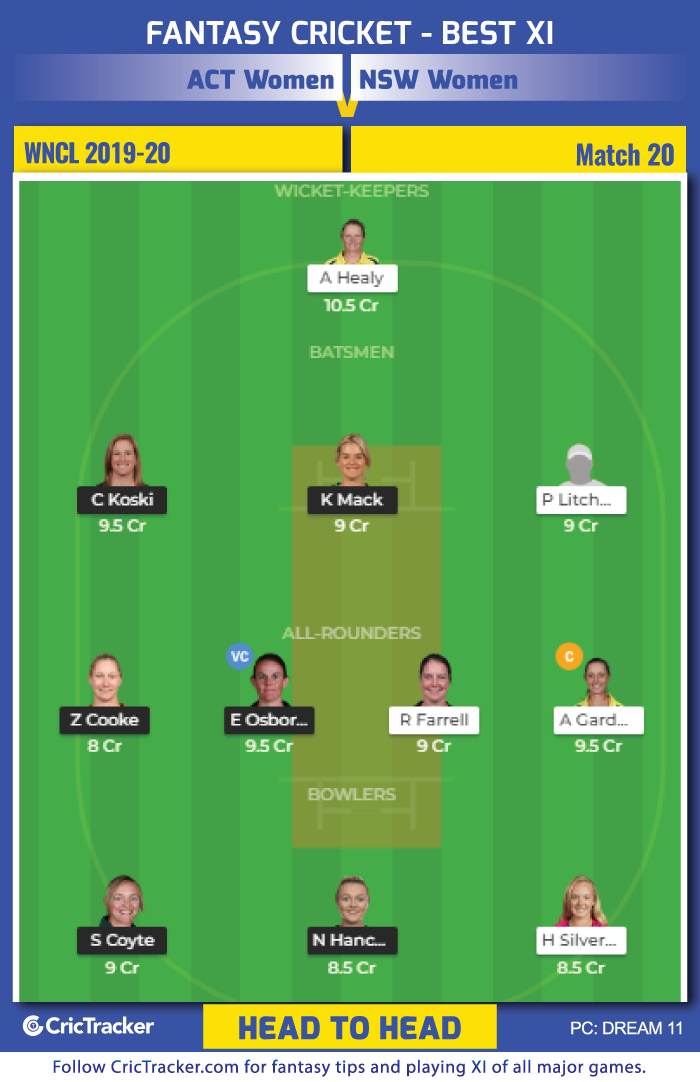 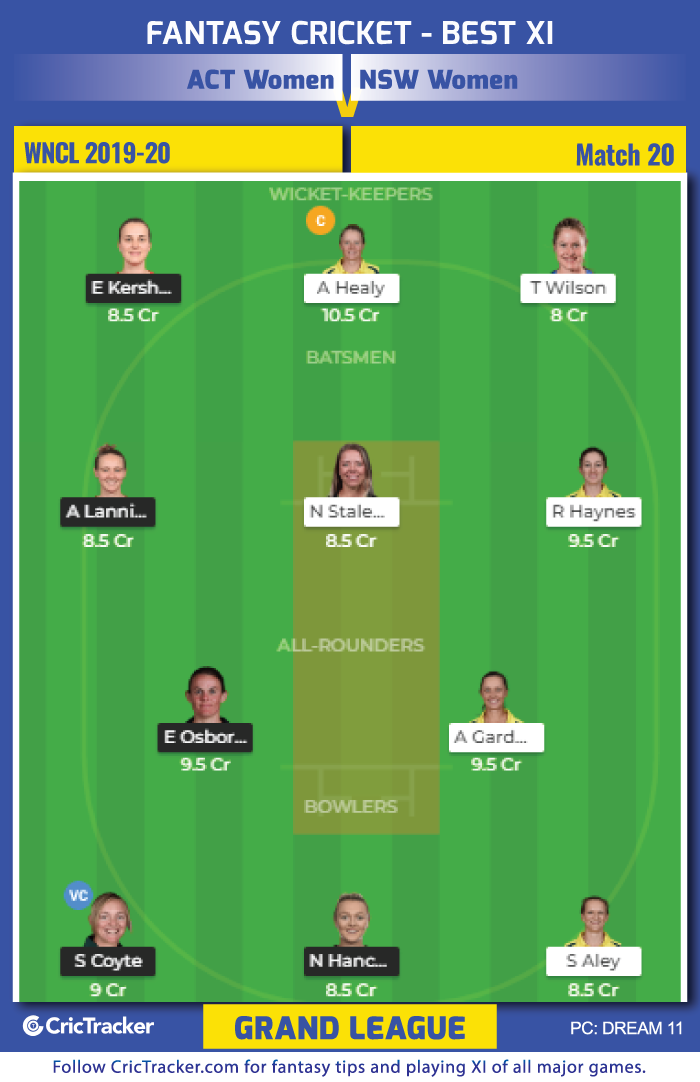 Sarah Coyte is an experienced player and can contribute with the bat as well. She batted at six in the previous match and also bowls her quota of overs more often than not. She can be made VC of your Dream11 Fantasy side in Grand League contests.