Almost 10 players including C and VC of all teams are likely to be same. That 11th player will be the difference, especially, in small and head to head contests.

The 21st match of the Women’s National Cricket League (WNCL) 2019-20 will be played between Western Australia (ACT) Women and South Australia at the WACA in Perth.

The second-placed Western Australia Women will host the struggling South Australia Women in the match 21 of the ongoing WNCL season on Thursday. Having defeated the same opposition by a mammoth 102 runs on Tuesday, the home side goes into this match as the favourites once again. However, South Australia, having lost five out of five so far, would hope to put up some fight this time around.

The weather forecast in Perth on Thursday is absolutely clear and expect a full game of cricket to take place. The sun will be shining bright with no chances of rain coming down. The temperature is expected to hover around 24-26 Degrees Celsius during the match according to AccuWeather.

In the only match played at the venue this season, the team batting first scored more than 250 runs and the trend should continue for this game as well. The team winning the toss should bat first and then look to defend the total later with the pitch slowing down a bit.

Average first innings score: 259 (In the only match played at the WACA this WNCL season)

Nicole Bolton has 251 runs to her name in the tournament including 94 against the same opposition in the previous game. She also picked three wickets with the ball. Apart from her, Piepa Cleary, Chloe Piparo and Emma King will also be crucial picks in your Dream11 Fantasy team.

For South Australia Women, Tahlia McGrath has scored 157 runs and has picked nine wickets so far. Though she got out for a duck in the last game, she should be picked. Megan Schutt went wicketless in the previous outing but she already has seven wickets to her name in three outings. 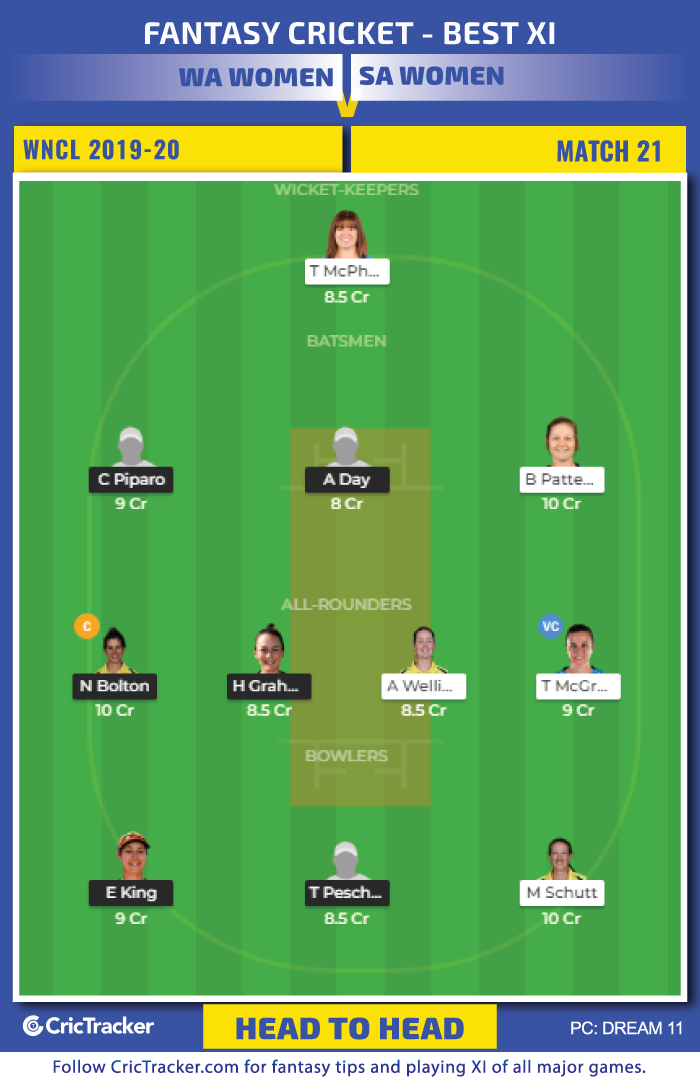 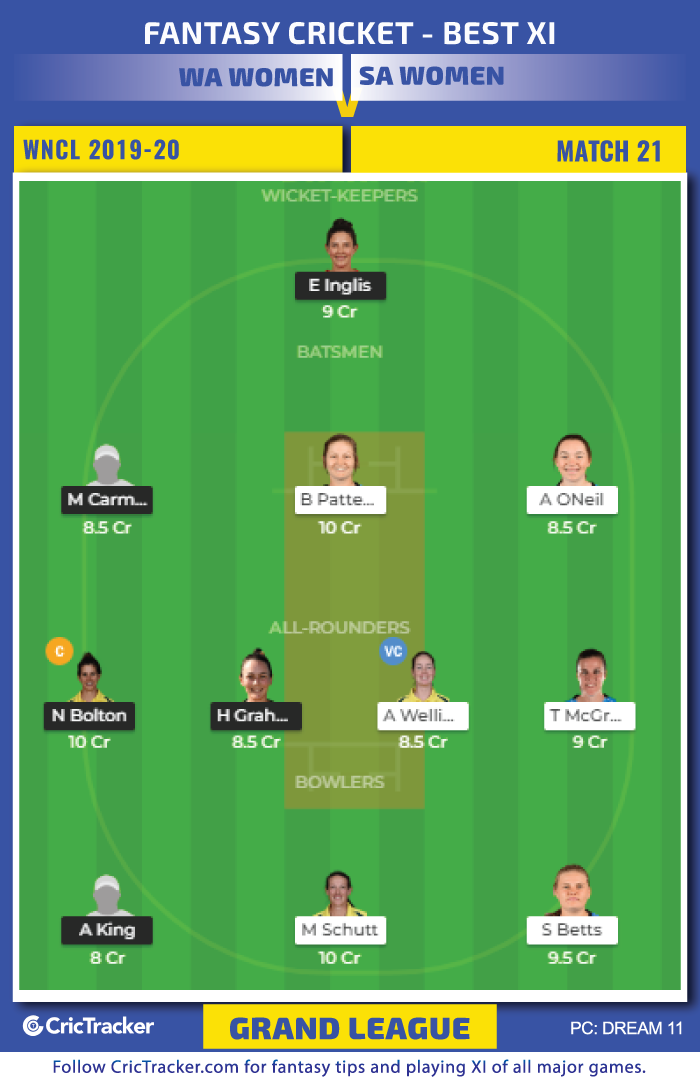 Almost 10 players including C and VC of all teams are likely to be same. That 11th player will be the difference, especially, in small and head to head contests in Dream11 Fantasy. Heather Graham and Samantha Betts could be those surprise picks in your team.

Western Australia Women are expected to win this match.