Nicole Bolton started the season with a big knock and could be seen bowling few overs.

The 4th match of the Women’s National Cricket League (WNCL) 2019/20 will be played between Tasmania Women and Western Australia Women at the Souths District Cricket Club in Brisbane, Queensland.

The Western Australia Women started their WNCL 2019-20 campaign with a convincing win over the last year runners-up Queensland Women. Taneale Peschel and Sophie Devine’s opening burst reduced the hosts to 28/4 by end of 7th over. Both picked up three wickets each but Queensland finished on 189 from 104/8 as Jemma Barsby scored a 70-ball 63 while batting at No.9.

Skipper Cloe Piparo (76) and Nicole Bolton (77) shared a 156-run partnership for the 3rd wicket after a couple of early wickets. Later, they lost three wickets in space of 12 deliveries but the target was achieved with 41 balls to spare. The winning side will now take on the Tasmania Women at the same venue on Sunday. The Tasmania Women has got a good bowling attack but their batting is a concern.

Souths District Cricket Club didn’t face any threat from the weather on Saturday and the same is expected on Sunday as well.

The first-ever match hosted by the Souths District Cricket Club aggregated 370 runs. The batters were troubled in the first 10-15 overs during the first innings and the same was seen when the ball was new in the 2nd innings. The spinners could be seen taking more wickets on Sunday as same pitch could be used.

Nicole Bolton and Sophie Devine were among the top performers as expected. Emma King, who finished with 12 wickets in the 2018/19 edition, picked up a couple on Saturday. Corinne Hall’s batting average of 60.25 in 2018/19 WNCL was the 3rd best for any player. She scored 241 runs across six innings with help of three fifties. Sasha Moloney picked up ten wickets in the previous season at a strike rate of 26.4.

Nicole Bolton started the season with a big knock and could be seen bowling few overs of off-spin on a used surface. 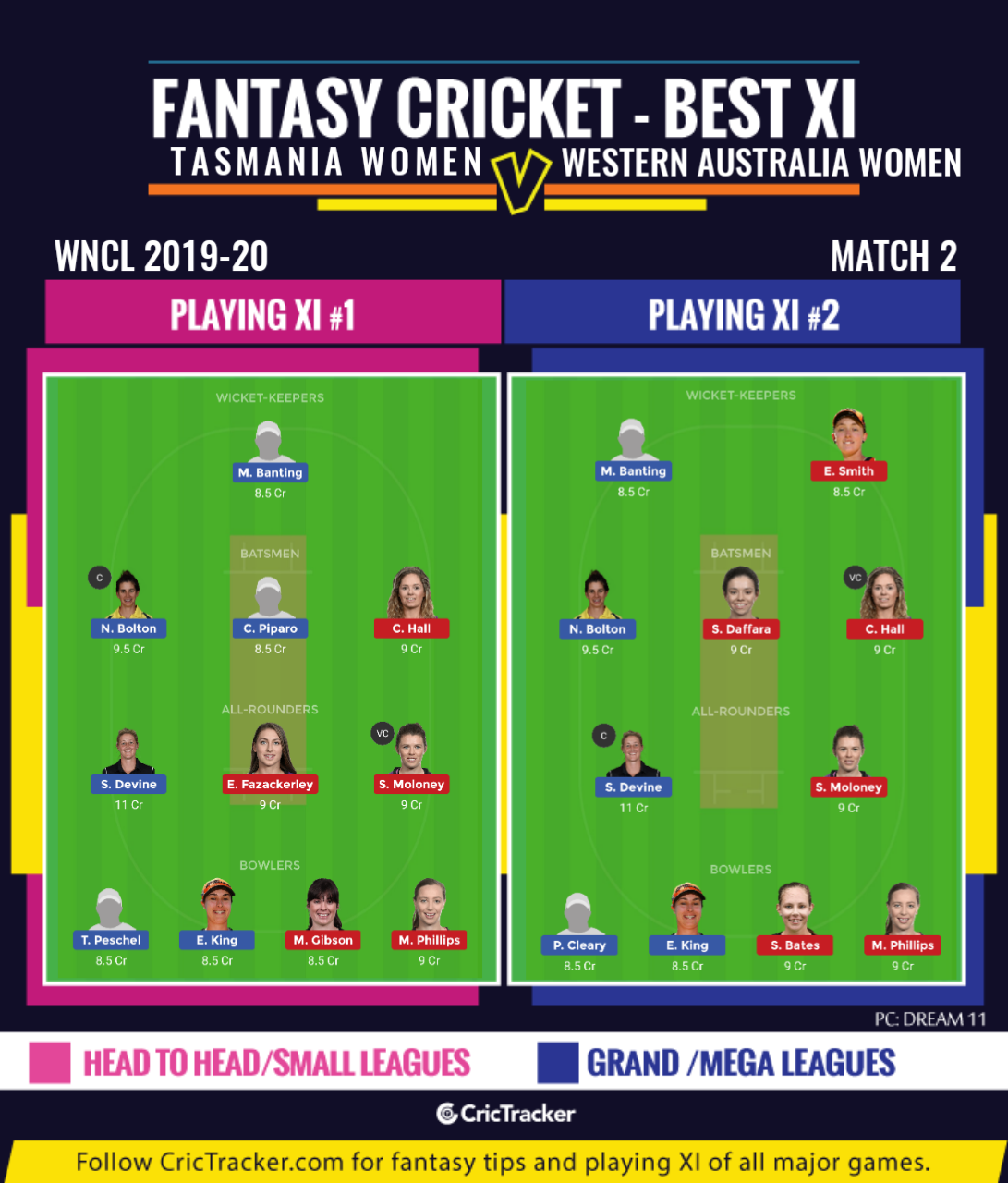 Picking up the top performers of Queensland Fire from the first game won’t be a bad idea. Most of them were expected to play a key role for the Queensland team which they fulfilled.

Queensland Women are expected to register their 2nd win in as many days.