Rubina Chhetri scored 251 runs and took 34 wickets across all formats for Nepal Women in 37 matches.

The 7th match of the 2019 Women’s Champions League Twenty20 Cricket Tournament will be played between Kat Queens Kathmandu and Biratnagar Titans Women at the Tribhuvan University International Cricket Ground in Kirtipur.

Biratnagar Titans Women climbed on to the top of the table with their 2nd win in as many matches. Their campaign began with a successful 123-run chase against Lalitpur Falcons. The Titans chased it down with four overs to spare as opener Jyoti Pandey gave a quick start with a 43-ball 65. In their second match, the Biratnagar team registered a 6-wicket win against Pokhara Paltan Women. They will now face Kat Queens Kathmandu on Saturday who started with a 5-wicket defeat against Chitwan Rhinos Women but bounced back in less than 24 hours with a huge 82-run win against Pokhara.

The TUICG in Kirtipur is expected to be under clouds on Saturday. However, the weather forecast doesn’t suggest any rainfall during the match.

The game between Chitwan Rhinos and Lalitpur Falcons showed how the pitch becomes slow by 2nd half of the afternoon game. Chasing 120+ in the 2nd game requires a long batting line-up.

Biratnagar Titans Women – Sabnam Rai has taken 3 wickets in WCL T20 in two games at an economy of 3.42. 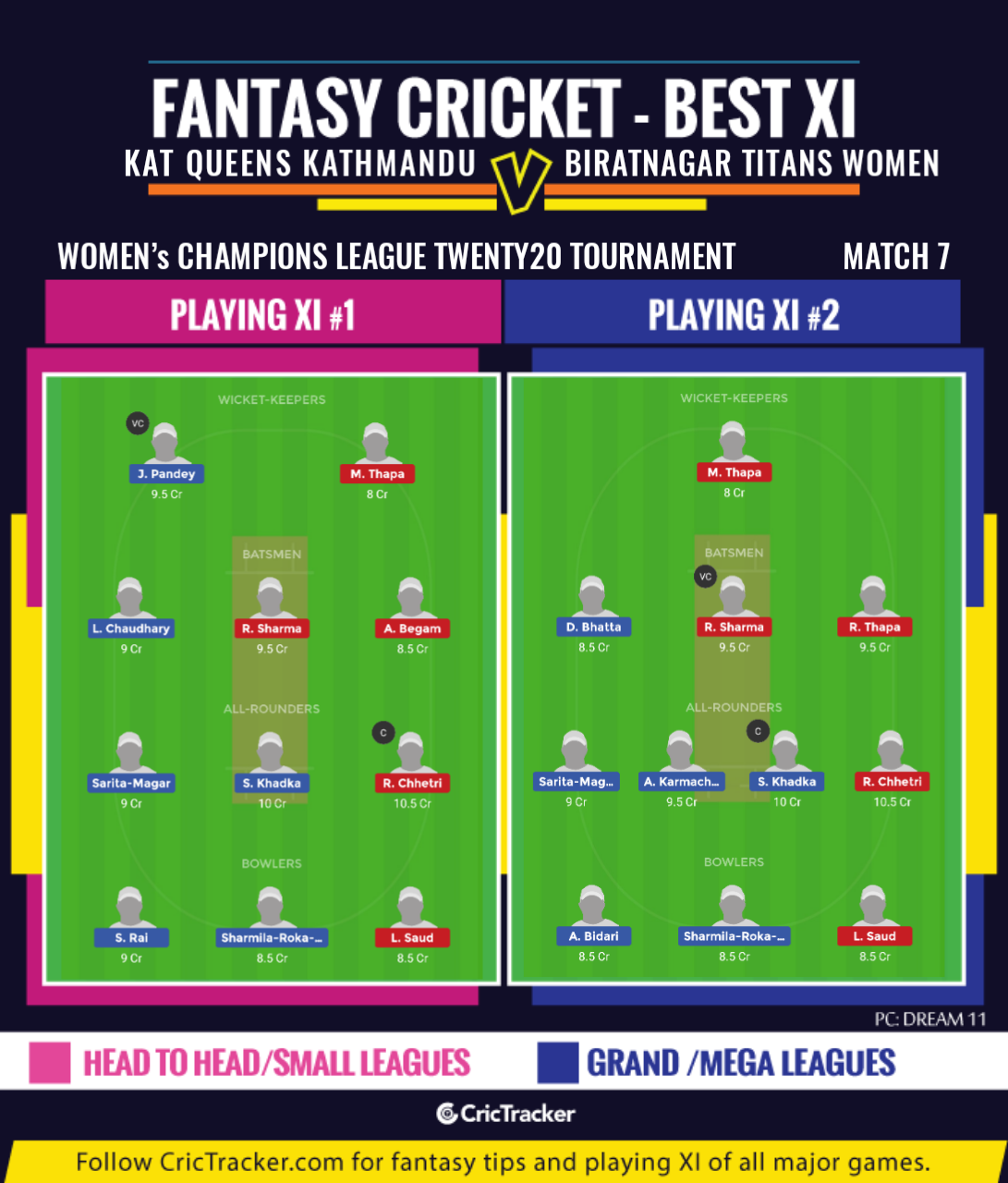