Kabuta Gautam has picked up 7 wickets in this tournament at an average of 6.85.

The 9th match of the 2019 Women’s Champions League Twenty20 Cricket Tournament will be played between Chitwan Rhinos Women and Biratnagar Titans Women at the Tribhuvan University International Cricket Ground in Kirtipur.

Biratnagar Titans Women lost their top spot in the points table after they lost to the Kat Queen Kathmandu by a huge 52-run margin. They will now face Chitwan Rhinos Women in their last league match. Interestingly, it was Chitwan Rhinos who displaced Biratnagar from the top position in the table. The Chitwan team has won all the three matches they featured in thus far. They completed a 7-wicket win on Saturday against Pokhara Paltan Women while chasing a target of 128.

The TUICG in Kirtipur is expected to be under clouds throughout Sunday. However, the chances of rain are close to none.

For the second time in two days, the chasing team lost by a big margin in the matches played during the afternoon. The inform Biratnagar Tigers Women could only make 87/5 while chasing a target of 140. It once again showed how slow the pitch becomes during the afternoon game.

Chitwan Rhinos Women – Kabuta Gautam has picked up 7 wickets in this tournament at an average of 6.85.

Biratnagar Titans Women – Jyoti Pandey has scored 91 runs in WCL T20 with help of a fifty. 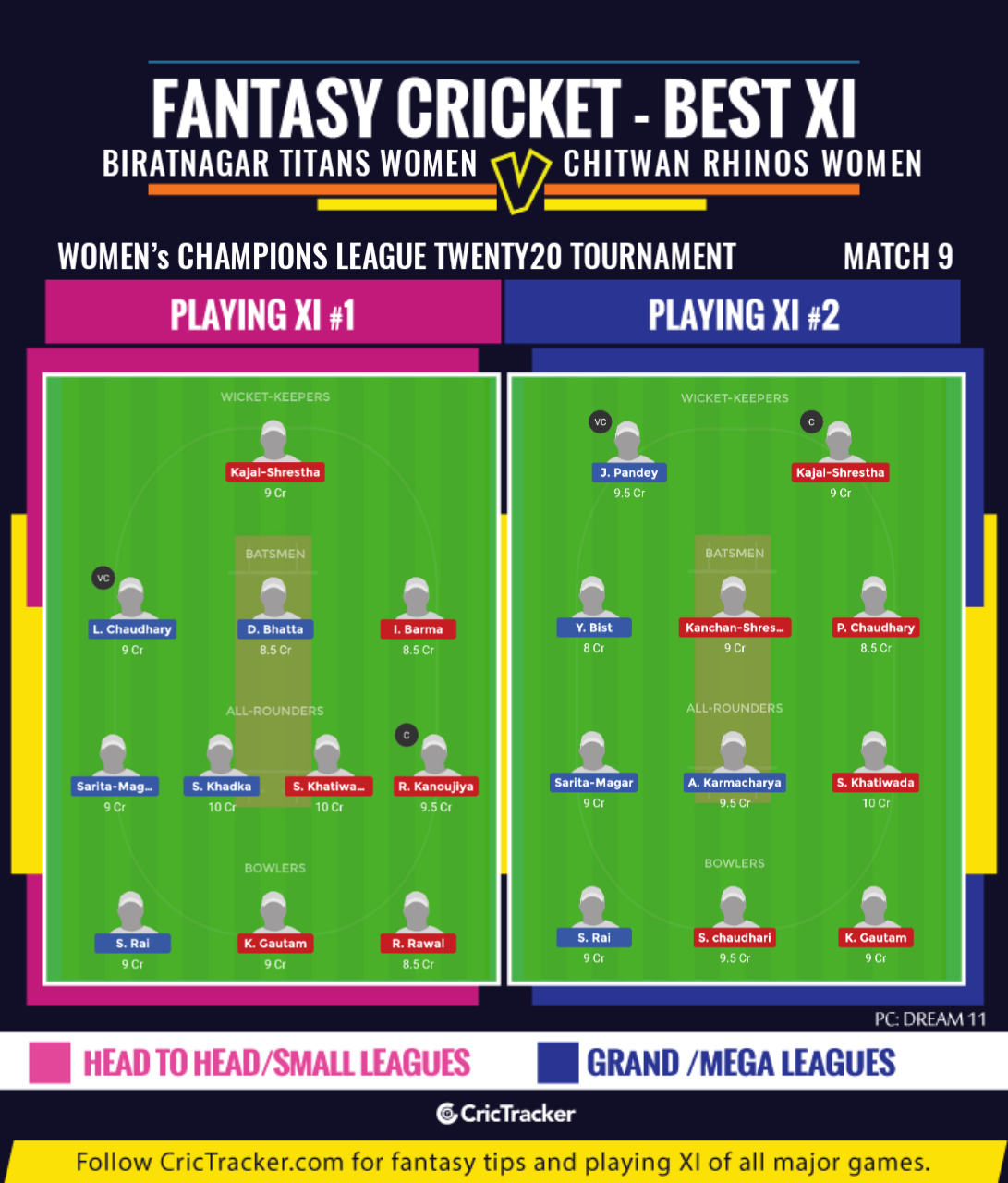 The following are the players who represented Nepal Women in T20I format:

Chitwan Rhinos Women are expected to register their 4th straight win of the tournament.