Harshitha Madavi can be bankable as a multiplier option after twin half-centuries.

The Colombo rains stayed away over the weekend as all the four matches after the revised schedule had a result. India got better of Sri Lanka and Pakistan in the two matches they played and qualified for the final unbeaten. Bangladesh Emerging Women stunned Pakistan that too by a big margin to cause an upside wave in the tournament. However, on Sunday, the hosts Sri Lanka got better of the Bangladesh team with required NRR scenario to join India in the final.

Once again, it could be a waiting day as scattered thunderstorms are forecasted for the final. The match could be pushed into the reserve day as there is a 60% chance of rain on Tuesday.

The two matches that the RPS-Colombo has hosted this tournament have been pace-friendly. The seamers bagged the majority of wickets in the two matches. The surfaces here could be damp due to the rains received over the last 10 days.

The likes of Harshitha Madavi, Devika Vaidya and Sushree Dibyadarshini have been the top performers for their respective teams in this competition. Tanushree Sarkar could perform well in the final as she could be seen batting up the order alongside bowling good number of overs. Tejal Hasabnis and Umesha Thimashini are the ones to watch out for in the batting department.

Harshitha Madavi can be bankable as a multiplier option after twin half-centuries. 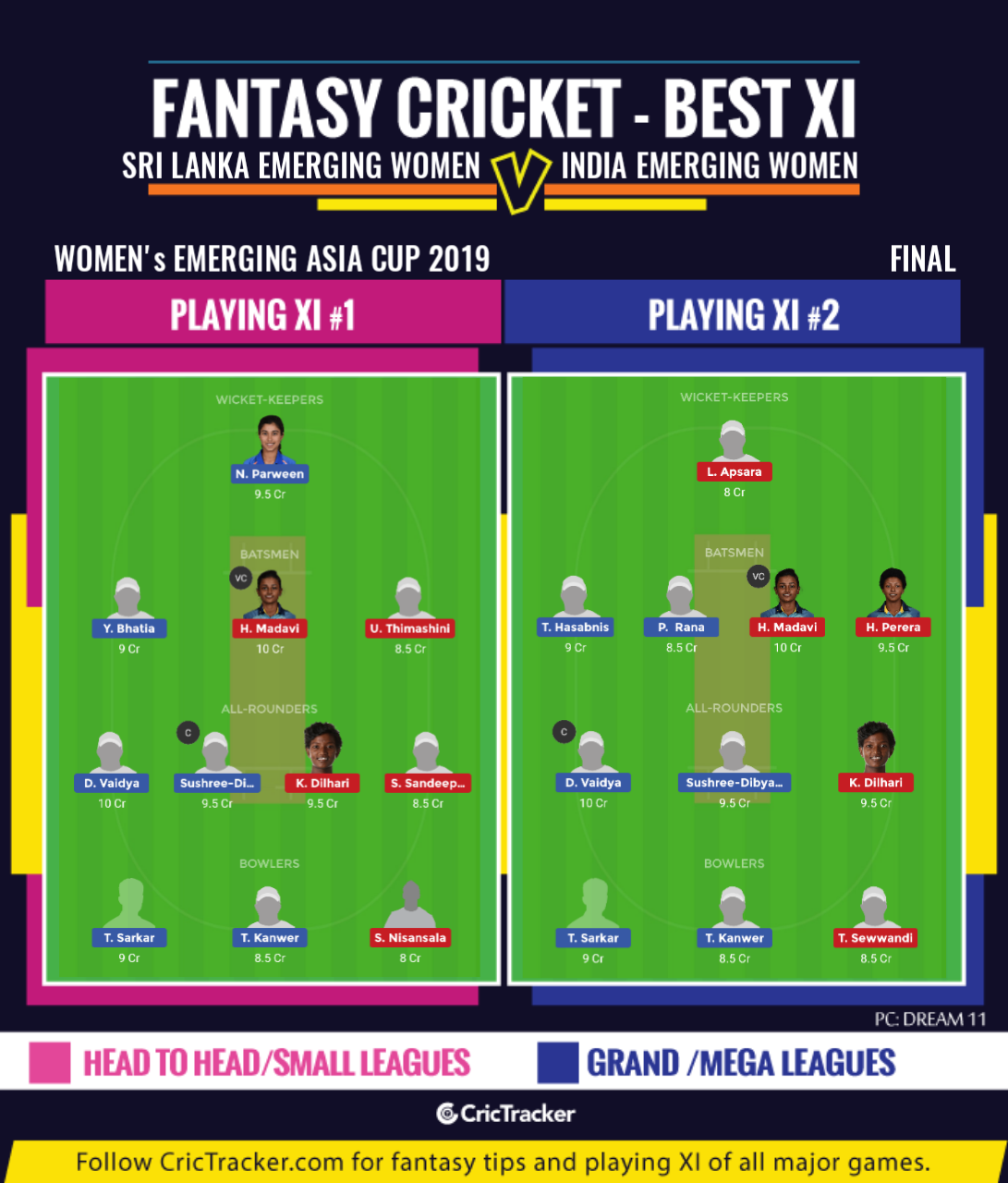 Devika Vaidya, Sushree Dibyadarshini and Kavisha Dilhari have earned 100+ points in the previous match as all three took at least three wickets. They could excel once again and the trio should not be missed.

India Emerging Women are expected to win the title.